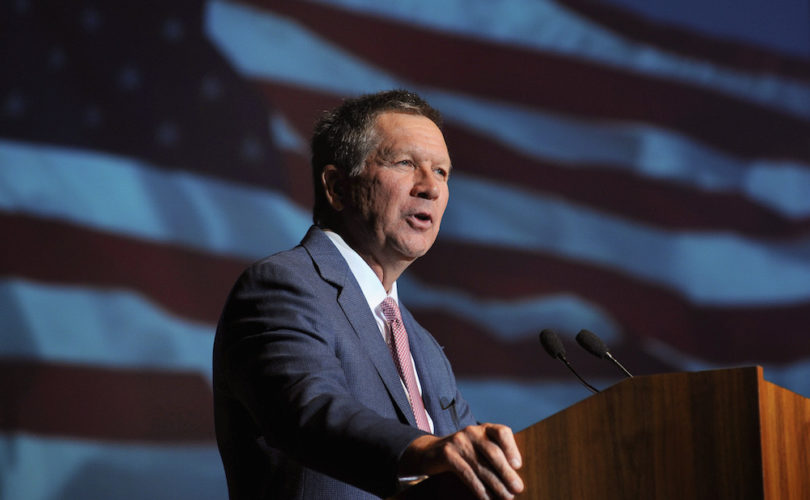 CONCORD, New Hampshire, February 8, 2016 (LifeSiteNews) — New Hampshire voters might be socially moderate, but it was here that Ohio Gov. John Kasich chose to take his stand against federal funding for Planned Parenthood.

Kasich, who is in a tight race for second in tomorrow's primary according to the Real Clear Politics polling average, also told the woman he wants to fund women's health, and that his latest budget as governor had upwards of $40 million in funding for women's health care.

The budget-focused Kasich drew fire from a former campaign spokesperson in August when he said Republicans focus too much on abortion. Kasich has signed more than a dozen pro-life bills while in office, but also opposed a bill that would make abortions illegal if a heartbeat is protected. He and the state's Right to Life affiliate say such a law would be declared unconstitutional by courts and would empower the legality of abortion.

The Columbia-Dispatch reports that Kasich is expected to sign a bill eliminating Medicaid reimbursement funds for Planned Parenthood inside Ohio. However, that bill — which has passed the state's Senate and House — needs another vote in the House, which won't reconvene until later this month.