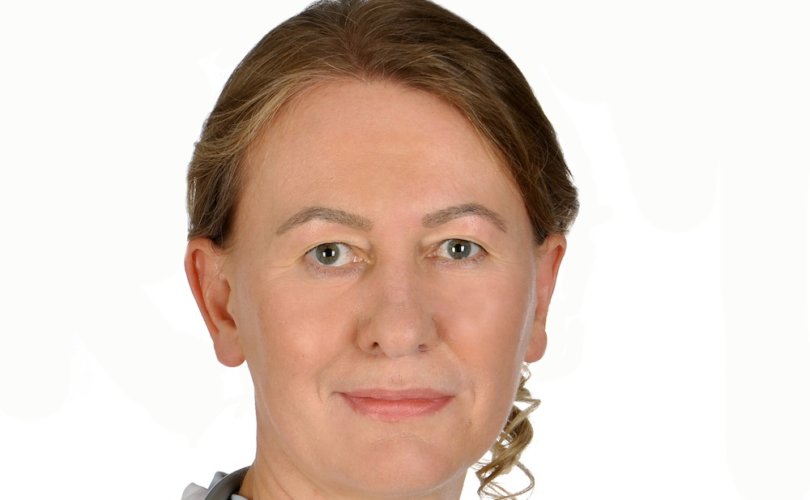 Dr. Jachimowicz has refused to surrender to government officials who wanted her to abandon her moral standards regarding the sanctity of life. Instead, she is fighting for freedom and tolerance for family doctors.

“I never asked for this [role],” Jachimowicz said in an interview with deon.pl. “I simply wanted to be a regular family doctor. I found myself with a choice and couldn’t act differently.”

Jachimowicz is a highly trained professional with more than 20 years of experience. She also speaks Polish, Russian, and Norwegian, and reads English. Those skills made her an asset for Norwegian patients and immigrants. The country of five million has a shortage of medical professionals, especially outside the cities, and therefore depends on non-Norwegians to pick up the slack.

Jachimowicz started working in 2010 in the municipality of Sauherad in Norway, a country with a taxpayer-funded health care system. As “Gość Niedzielny” reports, her husband (also a medical doctor) had dreamt of going to Norway, and she wanted to experience the country’s high-quality family medicine. Jachimowicz explained that family medicine in Poland is somewhat different because it includes some psychology and gynecology and requires some surgical skills.

She worked for more than four years as a family doctor at the Family Clinic in Norway and there were no complaints about her work or her language skills. As a Catholic, she brought a strong sense of Christian morality. This revealed itself in not referring patients for abortions and not inserting intrauterine devices (IUDs), which can act as abortifacients. But her ethical stance never interfered with the functioning of the clinic.

From the beginning, her objections were not only clear to her employer but also accepted. “Life begins at conception and I did not want to take part in destroying it,” she explained during a meeting with the doctors and local authorities who hired her. In other words, those were the conditions of her contract, which both sides agreed upon. “All present agreed to my conditions, but I did not ask for written confirmation, knowing that an oral agreement is valid as well,” Jachimowicz told LifeSiteNews.

Jachimowicz did not expect any trouble. When she started working abroad, even though abortion on demand until 12 weeks gestation was legal, Norway had conscience protections for doctors.

According to Jachimowicz, things became worse for family doctors after a discussion was orchestrated in the media by liberal circles. The media insinuated that three teenagers had trouble getting birth control from a Catholic doctor. However, Dr. Gunnar G. Johnson explained to LifeSiteNews that those teenagers never contacted him for contraceptives. “The actual fact is that contraceptives were provided free of charge from the nurse next door who routinely provides reproductive counseling to teenagers,” he said. However, about 50 news providers nationwide picked up this false story and reported it as “shocking news”.

In 2014, the legal situation worsened, with the nearly complete elimination of the conscience clause for family doctors. It is now forbidden for them to refuse any form of birth control, including the insertion of IUDs, which are not considered abortifacient by Norwegian government. Some believe that if a woman is not pregnant when the device is inserted, there is no abortion. However, some IUDs can cause abortion when a woman becomes pregnant after the insertion of this device.

Jachimowicz said family doctors could technically refuse the insertion of the IUD claiming lack of skill, and this would be accepted. “So what’s punishable is not lack of skills, but the existence of beliefs, religion, and conscience,” she said. She did not want to use the loophole, but rather to work according to her beliefs. She was asked to leave or abandon her conscience.

However, she did not want to surrender and was fired in December 2015 by the municipality of Sauherad, headed by Cecilie Stangeby of the health department. The termination papers were signed by municipal official Hans Erik Utne. They did not respond to requests for an interview.

Her 900 patients now find themselves without a permanent primary doctor. They have to go to the remaining personnel, already overwhelmed with work. Each time, the sick bounce between different doctors who have little knowledge of their medical history. The authorities ignored the patient-doctor relationships, which are built over time and based on mutual trust and respect —all in the name of a few healthy women who potentially had to spend few minutes waiting for another doctor to insert an IUD. The authorities claimed that these women were under great stress and had to wait in line, Jachimowicz added.

After initial isolation, Jachimowicz received help from different sources. Catholic and Protestant patients, a Muslim family, and her colleagues wrote letters to Parliament and the Minister of Health Bent Høye. None have heard back from the authorities. Høye did not answer to request for an interview.

In June 2016, her court case was initiated, the first hearing of the conscience objection in Norway’s courts.

Aid also came from the Norwegian Christian Medical Association (Kristelig Legeoforening), which took her under their wing. The members of this organization are aware of the urgency of the matter. Although the battle started over IUDs and abortion, euthanasia, sex change operations, and male and female circumcisions are likely future flashpoints.

“There are more and more ethical questions in medicine,” Jachimowicz told LifeSiteNews. “More and more doctors will face dilemmas similar to mine.”

The Association coordinated the fundraising efforts to cover some of the legal fees. Other groups, as well as the Catholic bishop of Oslo, Bernt Ivar Eidsvig, have contributed money.

After losing her job as a family doctor, Jachimowicz was forced to change her specialization to work in a psychiatric ward. An English language petition in favor of freedom of conscience for doctors on her behalf was launched at a popular platform CitizensGo. There are also Polish and Spanish versions

However, the Norwegian government ignored more than 50,000 people who asked for an end to discrimination against Jachimowicz.

Vegard Bruun Wyller, professor in Clinical Medicine at Oslo University, wrote in “Informator Katolicki” and “St. Olaf” that Jachimowicz’s case represents what Norwegian philosopher Hans Skjervheim called a “liberal dilemma”. If she continues to work, it proves that the state employs someone who opposes liberal ideas [on abortion] and birth control. “If the government fires her, it proves that the state breaks their ideals on freedom, discriminates and shows lack of tolerance,” the professor explained. Wyller argues that this dilemma is impossible to resolve while pretending it does not exist. However, the dilemma helps dispel the myth that the medical profession can be neutral, separated from the personal opinions and beliefs.

Fortunately, the experience has not left Jachimowicz bitter. “God loves us and our enemies, and there is no stronger weapon than forgiveness,” she told LifeSiteNews. “It brings blessings to us and to them as well.”