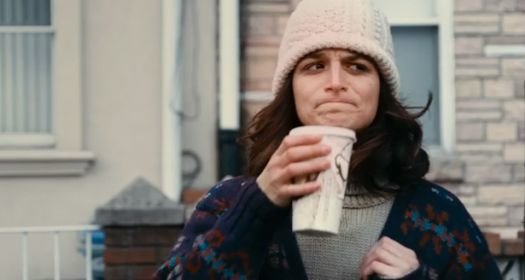 A feel-good romantic comedy about a 20-something’s 'hilarious and totally unplanned' journey to self-discovery, empowerment, and … abortion.

The feature film “Obvious Child,” which hits the big screen June 13, is a feel-good romantic comedy about a 20-something’s “hilarious and totally unplanned” journey to self-discovery, empowerment, and … abortion.

Some in the media are touting the summer movie as “the first successful abortion comedy ever made,” but pro-life advocates are skeptical.

The plot of “Obvious Child” centers on aspiring comedian Donna Stern (Jenny Slate), who unapologetically uses her personal life as stage material. After a “drunken one-night stand,” Donna winds up unexpectedly pregnant and gets an abortion.

Arina Grossu, director of the Center for Human Dignity at the Family Research Council, told The Daily Signal that she is “appalled that the evil of abortion is now the subject of a ‘romantic comedy.’”

However, in an interview with U.S. News and World Report, Robespierre said: “We don’t feel like women should feel judgment for making this choice. It’s private and complex, but it doesn’t need to be riddled with guilt.”

Robespierre isn’t the first producer to tackle the sensitive subject. “Obvious Child” follows box-office favorites “Juno” and “Knocked Up,” in which the protagonists ultimately decide not to end their unintended pregnancies. “Obvious Child,” however, is one of Hollywood’s first major attempts to reshape the culture’s narrative surrounding abortion.

It arrives after media attention to the controversial decision of a former aspiring actress, Emily Letts, to film her own abortion procedure. She said her goal was to show other women that abortions aren’t “scary,” and that it’s possible to have a “positive” abortion story.

In an interview Friday with The Daily Signal, Letts said she thinks “Obvious Child” is “a beautiful representation of one woman’s reproductive story.”

She added:  “One in three women will have an abortion by the age of 45. If this is something one-third of the female population has faced, why don’t we see more art and interpretations on the subject that comes from a place of comedy? Comedy is a weapon to say the things that need to be said and ‘Obvious Child’ is a bazooka.”

Grossu, who has not yet seen the film, has a different take.

“The movie attempts to gloss over the gravity of abortion,” she said. “But no amount of acting or short-lived laughs can take away the reality that abortion is a grave moral evil that kills one person and wounds the other.”