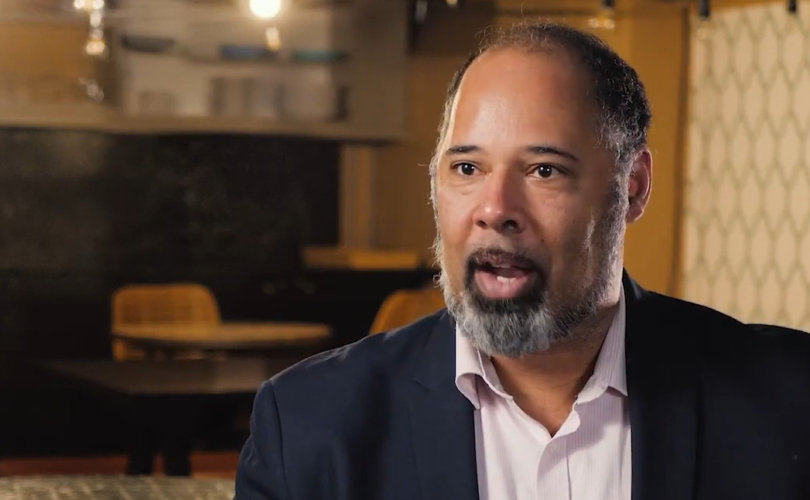 LONDON (LifeSiteNews) — Following Tuesday’s vote in Britain’s House of Commons emphatically favoring the introduction of a COVID pass to access certain places like nightclubs and other large venues, one politician is taking a stand for the rights and freedoms of British citizens to resist the tyrannical imposition.

David Kurten, leader of the Christian and pro-freedom Heritage Party, condemned Tuesday evening’s vote (which won by 369–126 votes), decrying the overwhelming majority decision of Parliament as “the end of freedom in England.”

“This is the day where we are at the end of the beginning of this COVID battle in England,” Kurten said as part of a 12-minute video speech uploaded to his YouTube channel.

“There is no opposition in Parliament,” the politician lamented, criticizing “the fake Conservatives, Labour, the other parties” as “all working together to implement the agenda of the World Economic Forum and the new world order.”

Kurten said that the 99 dissident Conservative Members of Parliament who voted against Prime Minister Boris Johnson’s despotic measure were aware that they were small in number and would lose the vote after Labour, the U.K.’s official opposition, had indicated they would back the Conservative proposition.

Kurten suggested that “if they really wanted to stop it, what they could do is leave the Tory Party [Conservatives], put in their letters of no confidence in Johnson to the 1922 committee chairman, crush the government, crush the regime.”

“Then there wouldn’t be a vote on vaccine passports, and we wouldn’t have them,” he stated, “but they’re not going to do that.”

The politician further criticized those parliamentarians who are “beating their breasts” about the introduction of COVID passports now, but who did not oppose the emergency coronavirus powers vote in Commons in October which preceded Tuesday’s vote, at which point he said many “just waved it through or didn’t bother to turn up to vote against it.”

In like manner he scorched so-called libertarian Conservatives who “were nowhere to be seen” when new legislation regarding police powers to crack down on protests was made and when the Online Safety Bill — which purports to criminalize those who publish “knowingly false information” — was proposed earlier in the year.

Kurten lamented that, as a result of the vote, “we’re no longer going to live in a country where everything is permissible unless it’s specifically prohibited,” instead explaining that the introduction of a vaccine passport system means that Britain has become “a country where nothing is permitted unless the government gives you specific and individual permission to do something.”

Although first starting with nightclubs and large events, the politician raised concerns that “it’s not going to stop with nightclubs. It will then be cinemas and theatres, and then restaurants and pubs.”

“The government will not give you permission [to enter] … unless you’ve been a good boy or girl and had two or three injections of an experimental substance whose manufacturers have no liability if that substance causes you any serious adverse health events or even death.”

“This is absolutely despicable, deplorable, and wrong,” he said, adding that “if you think this is okay, then there’s something severely wrong with your moral compass at best. And I’m being polite there.”

He likened the NHS COVID Pass system, which is to be used as proof of “full vaccination status” to “the Chinese Communist Party digital identity and social credit system.”

“This is the end of freedom in England,” Kurten lamented, in keeping with similar measures in Scotland, implemented since early October, and the broader use of the passport system in Northern Ireland and Wales.

“Other countries that are a little bit further along the line than us, such as Australia, Austria, and Germany, have pretty much turned already into tyrannical police states now. Whether you call them Nazi states or police states or communist states [or] technocratic states, it makes no difference, they are now tyrannies that have taken away freedom unjustly and wrongly and these regimes need to be resisted,” Kurten stated.

With the new restrictions in mind, and pre-empting a broader application thereof, Kurten encouraged citizens to “brace yourselves and steel yourselves in your inner being to resist and fight what this regime is doing in England.”

He urged people to simply ignore the ruling, especially if the parameters are broadened to include NHS COVID Pass credentials for entry to grocery stores, for example, saying “you are not causing harm, loss, or damage to anybody else” by not having the pass, “but the people who are enforcing these tyrannical, repugnant regulations are causing harm, loss, and damage to you.”

“They are in the wrong according to common law,” he blasted. “We all need to resist on an individual level, but we can all resist this together.”

“It’s going to be tough but there are millions of us. There are at least 20 million people in the U.K. who have not taken … an injection of experimental genetic material,” he explained.

Speaking to those who “were deceived” and “duped” into taking the abortion-tainted shots, but who have since regretted their decision, Kurten stressed that they should “not get the NHS COVID Pass because that is the slave system they want to get you on to control you and to prohibit you from doing normal things in your life.”

“The more of us that resist,” he explained, “the better we’ll be. And if millions of us continue to resist we’ll be okay in the end. We’ll be fine because this regime will fall.”

Kurten likened the government to “a beast that is lashing out because human beings — like me, like you — are not obeying the beast system and they want to take us down;” however, “in our millions, we can resist them.”

“How long that will take, I don’t know, but the more of us there are, the quicker it will be,” he said. “Brace yourselves everybody. Stand together and God bless you all.”