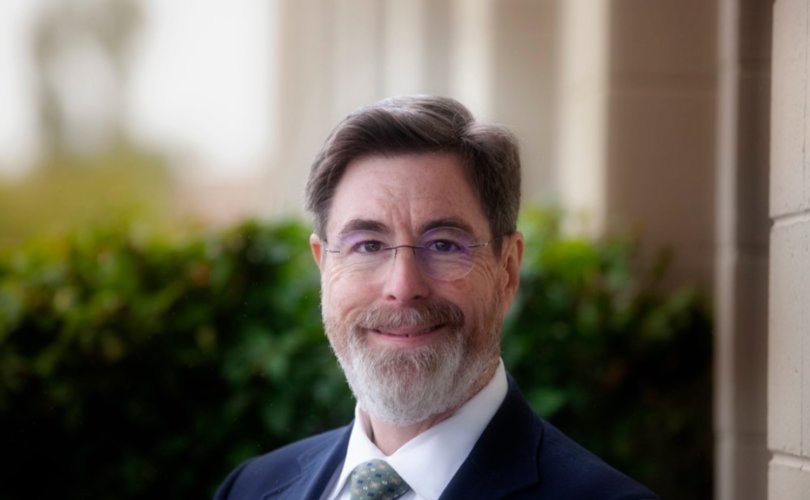 ANCHORAGE, Alaska (LifeSiteNews) – A leading private school in Alaska has been stripped of its designation as “Catholic” by the local archbishop, after being unable to agree to a wide-ranging mandate from the archbishop which would have altered the “identity, mission, curriculum, and charter of the school.”

In a letter on October 26, Archbishop Andrew Bellisario of the Archdiocese of Anchorage-Juneau, wrote to inform Holy Rosary Academy (HRA), based in Anchorage, that he no longer recognized the academy “as a Catholic school,” since the academy had not submitted to nine mandates he sought to impose on the institution.

Headmaster Mark Newcomb, PhD described the decision as “puzzling” and “disappointing.” He told LifeSiteNews that the process and decision had been shrouded in a lack of “straight answers” about control being ceded to the archdiocese.

Founded in 1987 by parents, Holy Rosary Academy employs the traditional Trivium curriculum, consisting of three stages of grammar, logic, and rhetoric. Its mission is to “assist parents, the primary educators, to form students in faith, reason, and virtue through a classical education in the Roman Catholic Tradition.”

Daily life at HRA is resoundingly Catholic: starting and ending each class with a prayer, the “students study religion each day. On First Fridays, they adore Our Lord in the Blessed Sacrament. During Lent, students pray the Stations of the Cross as a class.”

It is with this in mind that Newcomb finds the archbishop’s decision so “hard to understand,” especially given that the students have now been deprived of both priests and sacraments on the campus.

It’s “clearly a punitive move,” Newcomb said of Archbishop Bellisario’s removal of the provision for the sacraments at school.

“If he [Bellisario] did really want to be engaged with this community of classical learning and Catholic faith, there’d be no reason for total ostracism. We were recently made aware that we may not even rent space for events at the co-Cathedral, even though Protestant and secular groups are permitted to do so. Our previously scheduled events have been removed from the facilities calendar, and we have to find a new location to host our annual Festival of Lessons and Carols, Graduation, and other liturgical and academic celebrations.”

“There are independent Catholic schools in America that are not officially recognized as ‘Catholic’ by the local [bishop], but that are allowed to have the sacraments on campus, so this does have the look and feel of something gratuitous,” Newcomb told the Alaska Watchman. “As a parent asked me recently, ‘Who stoops to weaponize sacraments?’ I wish I had a consoling answer to offer her.”

Holy Rosary Academy was recently named the top private high school in Alaska by USA Today and Niche. It has been endorsed by the prestigious Cardinal Newman Society as a School of Excellence; by the academy’s accrediting body, the National Association of Private Catholic and Independent Schools, “for over 15 years”; and also by the Institute for Catholic Liberal Education.

It has also been named as a Catholic school by previous bishops, until Archbishop Bellisario’s changes.

The recent decision by Archbishop Bellisario is the result of several months, as Newcomb described how the prelate and his Vicar General, Father Patrick Travers, had begun a “campaign of saying they had to be in control of certain parts of the school.” In an April 2021 letter sent to HRA, Archbishop Bellisario outlined nine mandates which were to be fulfilled if the Academy wished to retain its designation of “Catholic.”

The nine mandates focus heavily on business and legal issues surrounding control of the academy, yet do not deal with how Catholic or not the Academy actually is, nor the content of its teaching—in religion, or any other subject area.

“Alarmingly, item nine would establish an elastic clause,” observed Newcomb, effectively granting the archbishop the power to change any agreed conditions in the future.

“Everything has been about ceding control, unilaterally,” added the headmaster.

In an October 21 letter to the HRA community, Newcomb and the board stated that the mandates “would have granted complete control over the curriculum of Holy Rosary Academy to the Archdiocese,” while also requiring the Academy to adhere to “all health and safety protocols promulgated by the Archdiocese, require approval of presentations and speakers on our campus, and involve creation of a hold-harmless indemnification between HRA and the Archdiocese.”

“All but day-to-day operations at Holy Rosary Academy would be under archdiocesan control–including personnel, curriculum, and business matters,” explained the board.

Newcomb told LifeSiteNews how HRA had responded to the archbishop’s letter, outlining which of his mandates were already agreed to, which could be further explored in faithful dialogue, and which could not. HRA’s objection that several terms of the letter did not hold weight in canon law was rejected by the archdiocesan Vicar General Father Patrick Travers.

In a subsequent meeting – which was “all about legal and business matters” – between the archbishop, his head of safe environment, and HRA board members, HRA’s canonist was not allowed to join, nor was the vicar general.

“One of the things that’s very puzzling is not being able to get straight answers,” said Newcomb, adding that it was “painful” to receive “contradictions” in his dealings with the archdiocese.

Despite the archbishop’s more recent declarations that he was not seeking control, Newcomb questioned how such statements could be reconciled with the letters sent from the archbishop’s office.

No longer ‘Catholic’ but no investigation into Catholic content

Newcomb told LifeSiteNews how there are “other Catholic organizations in the area” that Bellisario has not had a similar conversation with, including a local Catholic hospital, but the archbishop is “not terribly concerned with things that are happening there that are definitely not in accord with Catholic teaching.”

Indeed, despite removing the “Catholic” designation from the Academy, the archbishop refused “repeated invitations to come to campus to celebrate Mass, to talk to students, to review faculty credentials, to learn what we teach,” stated Newcomb.

“I hold the mandatum,” he added, asking, “why have we not been asked a single question about those things?”

“None of the conversation has been about our Catholicity,” attested Newcomb, “and we really don’t understand why, if you had a care of souls, you would take sacraments away from children in particular. That’s quite mystifying, disappointing, and sad.”

What has prompted the ‘punitive’ decision?

As to what has prompted the archbishop to move against HRA, Newcomb was uncertain, although he had suspicions.

A key issue which Newcomb suspected of motivating the archbishop was the Academy’s adherence and devotion to being “faithful and authentic,” which is “a chafing point with some people.”

Newcomb suggested that the decision could even be tied to the wave of intolerance of authentic Catholic communities sweeping through members of the hierarchy due to the current Synod on Synodality.

“I wonder in looking at the emphases that come out officially from the archdiocese, and the treatment received, if the idea is ‘we just want to carve away these things that look like they point back to…tradition.’”

Newcomb further told the Alaska Watchman that the Academy is focused on “teaching orthodox Catholicism and not any type of modern or new theology.”

There is “a certain kind of concerted effort to stamp that [type of content] out and we can see that going on across the country or even the world.”

LifeSiteNews contacted the archdiocese asking for further comment on the matter, but was merely prompted to read the archbishop’s two letters to the Academy.

Despite the archbishop’s sanctions, HRA and its board have reiterated that its “mission, identity, and commitment to serving Catholic families and forming Catholic students will remain unchanged.”

The Academy is also supported by loyal families and parents, who held prayer vigils outside Archbishop Bellisario’s offices in an attempt to change his decision.

While the majority of students are Catholic, the Academy also numbers non-Catholic students, comprising a community “in which scripture means something.” Its students and parents acknowledge “that there are certain moral norms and standards by which a Christian community defines itself,” noted Newcomb.

The Academy is also fundraising for new school transport, in order to help students attend “weekday Mass and regular confession,” now that such sacramental provision is no longer available on campus.