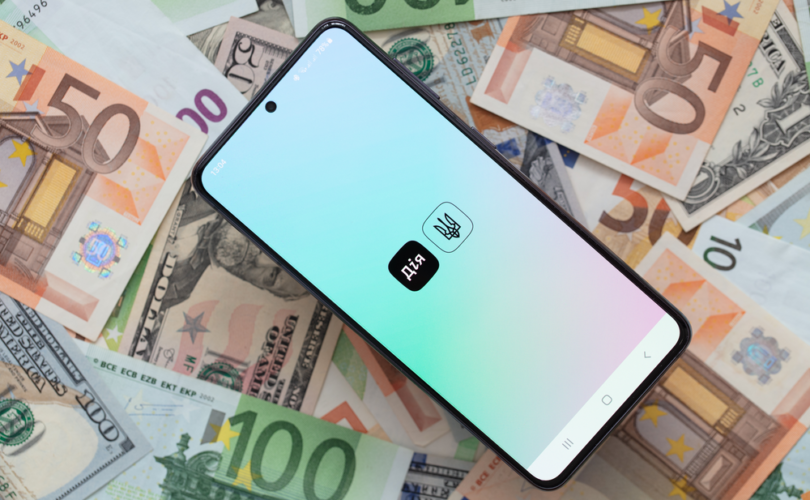 “Ukraine has become the first country with a digital ID that is valid and can be used everywhere within the country,” the website boasts, adding that all “digital documents in Diia now have the same legal force as their plastic or paper counterparts.”

According to the website, the government hopes to make “100% of public services available online” and has the express aim of making Diia “a single portal of public services for the population and business.” Ukraine Minister for Digital Transformation Mykhailo Federov has said that the project, known as “state in a smartphone,” should be fully online by 2024, at which point at least 20 percent of government services will be automated, without the need for state officials to intervene.

Citizens will also be able to use the app to share digital copies of their documents and to pay debts, taxes, or fines.

The digital app can even be used to register the birth of new children through the eMaliatko (eBaby) program. The app integrates nine services on the one platform, including the registration of the child’s birth, residence, appointment of state aid, and citizenship determination.

Some commentators have suggested that the app will be used to implement a central bank digital currency (CBDC) for universal basic income payments, a structure favored by the World Economic Forum’s Klaus Schwab, but LifeSiteNews has not been able to independently verify this claim.

The Ministry for Digital Transformation released the wide-ranging application in 2020, at the height of the coronavirus crisis and used the platform to work in tandem with a digital banking system, ePidtrymka, to pay citizens 1,000 hyrvnia ($34) under the “cash for vaccines” initiative launched by President Volodymyr Zelenskyy for those taking the COVID shots.

The payment would only be released through the app if the holder, who must be at least 14 years of age, uploaded an authentic “green certificate” to prove their COVID vaccination status. They could then procure a special card from their bank that was loaded with the funds but was digitally limited to only work when being spent in certain pre-approved establishments.

The government also announced this month that it would be using the digital banking system to deliver one-off wartime payments to those in areas most affected by the ongoing Russian assault on the country and who had lost their jobs or businesses as a result of the conflict.

Citizens were offered 6,500 hyrvnia ($220), but reports suggest that those without the “green certificate” for COVID inoculation would also be able to receive the funds, but seemingly only through the Diia app.

Fedorov removed all restrictions on what and where the wartime credits could be spent, but retains the power to choose how and when such a structure can be imposed.

“Our vision with President Zelenskyy — before the war — was to build the world’s most convenient country in terms of digitally available public services,” Fedorov said in a March 15 interview with TechCrunch.

“I think that, in the future, governments will resemble tech companies, not classical governments,” he said.

Federov appeared as a panelist at the World Economic Forum’s 2021 “Scaling Up Digital Identity Systems” conference, saying that the coronavirus crisis “has accelerated our progress” of digitizing the government and the public interface with it.

“People have no choice but to trust technology,” Federov added.

“[We] have to make … a product that is so convenient that a person will be able to disrupt their stereotypes, to breakthrough from their fears, and start using a government-made application.”

“Our goal is to enable all life situations with this digital ID,” he told the conference.

Upon unveiling the Diia app in February 2020, Zelenskyy said that it has been his “dream to drastically change the format of relations between the state and the citizen,” made possible by the application.

“With a smartphone, citizens of Ukraine will be able to certify their identity when traveling by train, during medical treatment, conducting banking operations, and so on,” Zelenskyy shared.

“In general,” the president continued, “our goal is to make sure that all relations with the state can be carried out with the help of a regular smartphone and the Internet. In particular, voting. This is our dream and we will do it –  in presidential, parliamentary or local elections. It is a challenge. Ambitious yet achievable.”