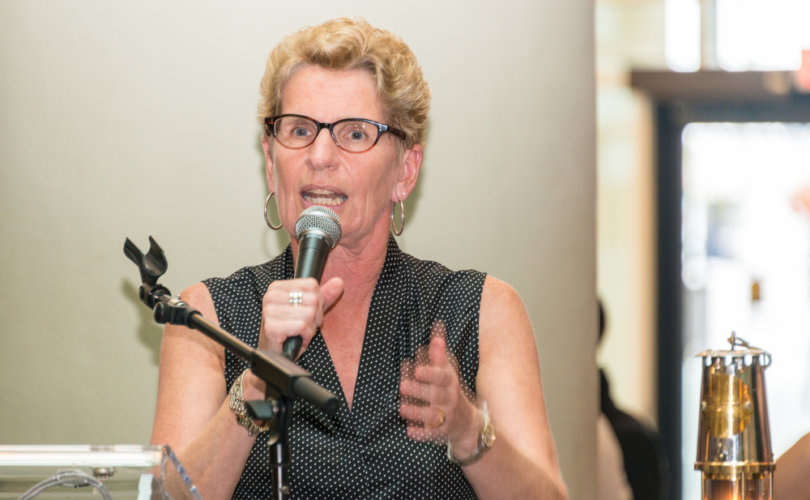 The
Interim
The Interim
Comments
0

August 16, 2016 (The Interim) — Queenie Yu says that “complaining is useless” so she’s running as an independent candidate in an Ontario by-election in order to put her principles into action.

The principle in question is Kathleen Wynne’s radical sex-ed curriculum which Yu says “will do harm to children.” Yu is running on one issue: to fully repeal the sex-ed curriculum that the Liberal government introduced in 2015.

The independent candidate told The Interim she wants to inform voters in Scarborough-Rouge River through her website, lawn signs, flyers, and social media. Her campaign has numerous opportunities for people of all ages to put principle into action by distributing pamphlets, making phone calls, and spreading the message on social media. She said high school students can fulfill their volunteer hours by working on the campaign and that many seniors are helping so they can briefly “forget their aches and pains.”

Yu, who has an MBA from the University of Ottawa and work experience in sales, marketing, and fundraising, said she has “no desire to become a politician” and does not need a job, but, rather, “wants something (good) to fight for.”

The by-election is Sept. 1, and all three parties have hopes to capture the east Toronto riding. Yu said the by-election is a “unique opportunity to make a strong statement” that Ontario voters want the sex-ed curriculum repealed. She said voters will not “betray” the party they usually support by voting for an independent in the by-election because the balance of power will remain unchanged regardless of who wins; the Liberals have a safe majority at Queen’s Park. But if Yu does well, it sends a signal to the Liberals and Progressive Conservatives that Ontario parents and taxpayers do not support the sex-ed curriculum.

Both Parents as First Educators (PAFE) and Campaign Life Coalition (CLC) have endorsed Yu. Liberal candidate Piragal Thiru and the NDP’s Neethan Shan both support the sex-ed curriculum and PC candidate Raymond Cho has not replied to CLC’s request for information on his views nor has he mentioned the issue on the campaign trail.

Tanya Granic Allen, president of PAFE, told The Interim, Yu is the only candidate “willing to make sex-ed an election issue.” Allen said voters “can send a very clear, very strong message to the NDP, Kathleen Wynne, and Patrick Brown that parents’ votes will not be taken for granted.” PAFE wants full repeal of the curriculum.

CLC supported Yu in an email to supporters. CLC encouraged opponents of sex-ed to vote for Yu if they live in the riding, but noted anyone can volunteer for or donate to her campaign. CLC’s Jack Fonseca said, “the by-election is an opportunity to elect someone who will keep pushing to repeal this dangerous curriculum.”

It is unlikely that an independent will win, but a strong electoral showing will be a victory for the cause. Fonseca said, “even if Queenie does not win, it is a powerful opportunity to send a strong message to the Liberals and to Patrick Brown, that parents do not want this curriculum foisted on their kids.”

Reprinted with permission from The Interim.