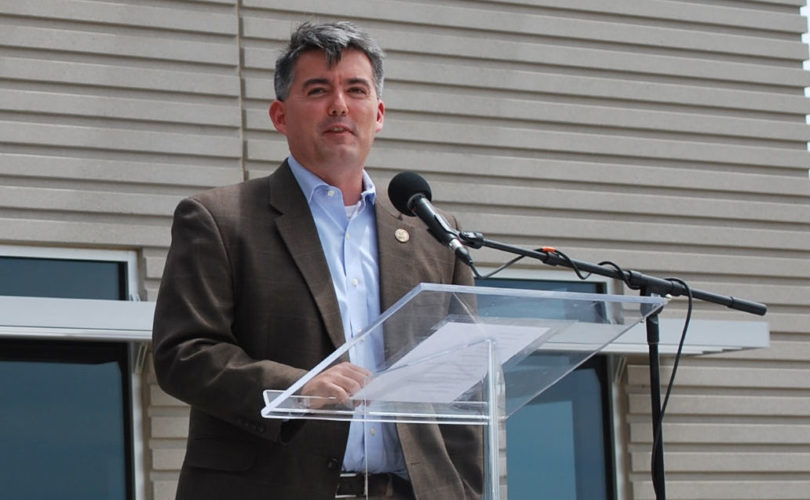 Conducted by Magellan Strategies on behalf of the Colorado Women's Alliance, a conservative-leaning group, the poll found respondents were mostly pro-life. Two-thirds said that they “do not fear a government bureaucrat taking birth control away from them.” Rather, what “they fear are politicians using the issue of ‘access to birth control’ as a political tactic to scare them into voting a certain way.”

Likewise, more than three-quarters of women said they “clearly see through the so-called Democrat ‘War on Women’ messaging strategy.” Thirty-four percent of respondents believe that “the government should pay for birth control for women,” whereas 61 percent opposed this position, and 60 percent “oppose federal funding of abortion.”

The results could be important in the state's Senate race, where GOP Rep. Cory Gardner is running to replace Democratic Sen. Mark Udall. Udall and his allies have focused a great deal of attention on Gardner's former support for a personhood amendment. In response to the attacks, Gardner published an op-ed noting that he supports over-the-counter access to birth control.

The race is close, with the Real Clear Politics poll average showing Udall with a 1.5 percentage point lead.

Colorado Republican Party Press Secretary Matt Connelly told LifeSiteNews the poll's results were not surprising. “Coloradans are concerned about the economy, energy development, and the disastrous effects of Obamacare,” said Connelly. “Since Democrats have no answers for these issues, they've resorted to running a divisive and false campaign that clearly isn't working in Colorado.”

Likewise, Republican National Committee spokesman Raffi Williams told LifeSiteNews that “women have seen how Republicans are fighting for more jobs, better health care and energy independence—the issues that matter to them and all Americans. It’s not surprising that women in Colorado aren’t buying the Dems’ outrageous rhetoric. Americans want solutions to the problems they face everyday.”

The poll, which was taken in June, comes as the national Democratic Party political class — including candidates, consultants, and abortion advocates — change their campaign rhetoric. The New York Times reported earlier this week that the term “pro-choice” is being abandoned in favor of “women’s health” and “economic security,” often tied to what the Times called “policy specifics.”

Likewise, in a reversal from language used just months ago, growing numbers of Democrats are choosing to avoid “War on Women” rhetoric. A Democratic pollster told National Journal that “women find it divisive, political—they don't like it.” According to National Journal's article, published August 1, “testing has shown more effective language casts Republicans' positions as 'too extreme' or the GOP as 'out of touch with women's lives.'”