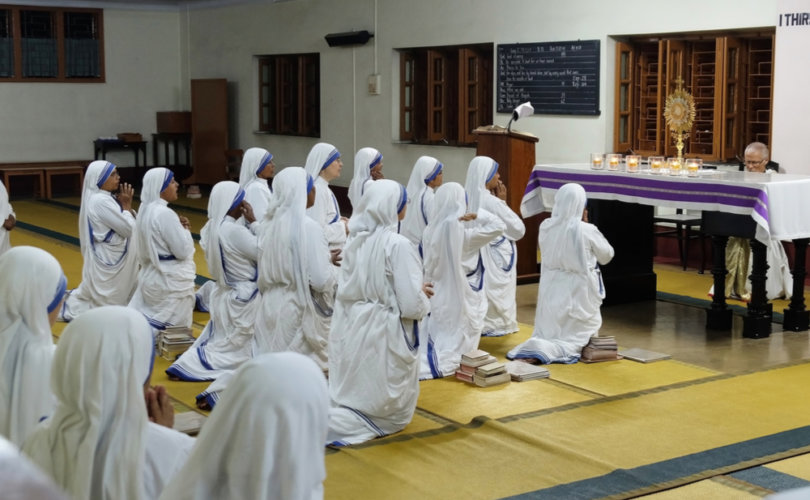 NEW DELHI (LifeSiteNews) — The Indian government has reversed its ban on a permit for Mother Teresa’s Missionaries of Charity to receive foreign funding for their operations. Renewal of the permit was initially denied on Christmas Day, after members of the Hindu-majority government baselessly accused the group of forcing Hindus to convert to Christianity.

“Nearly two weeks after the Union government refused to renew the Foreign Contribution Regulation Act (FCRA) registration of Nobel Laureate Mother Teresa-founded Missionaries of Charity (MoC), the Centre restored it on Thursday. The new FCRA certificate will be valid till the end of 2026,” reported the Indian Express on Sunday.

“We are happy and delighted that the central government realised and restored our FCRA registration. People who are donating know it is for the poor. They also raised their voices, asking why this had happened. Anyway, I am happy,” celebrated MoC spokeswoman Sunita Kumar.

The now-reversed sanctions came down on Christmas Day, when India’s Ministry of Affairs confirmed that the government had rejected the Missionaries’ request to have their Foreign Contribution Regulation Act (FCRA) permit renewed, citing “adverse inputs.”

The FCRA permit allows charities to use foreign money to fund charitable work within the nation, and while the official document did not elaborate on what is meant by the term “adverse inputs,” Mother Teresea’s Missionaries of Charity have been consistently criticized by the anti-Christian Indian government for allegedly forcing Hindus to convert to Christianity.

The allegations came despite the Missionaries of Charity making no mention of converting members of other religions in their mission statement, and maintaining an emphasis on giving “wholehearted free service to the poorest of the poor” above any other goal.

While the group denied all the unsubstantiated accusations of coercion, police in the western state of Gujarat went ahead and filed a legal case against a homeless shelter for girls run by the Missionaries of Charity in early December, adding to the already rising political pressure. According to the legal filing, the missionaries operating the shelter have been forcing Hindu girls to marry into Christian families.

The rejection of the group’s renewal was but one of the many anti-Christian events that swept the nation of India this Christmas season.

The reinstatement of their ability to receive foreign aid is a major victory for the institution as Christians represent only 2.3 percent of India’s population, leading the Missionaries of Charity to heavily rely on foreign contributions.