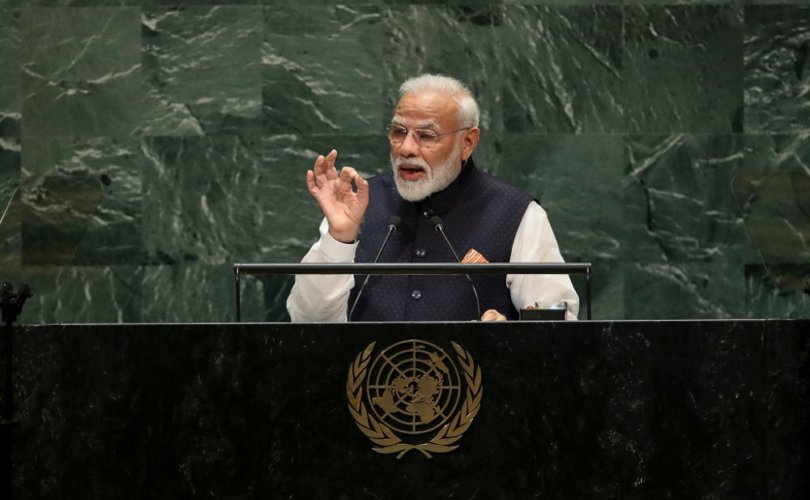 NEW DELHI, India, November 26, 2019 (LifeSiteNews) — One of India’s most widely read newspapers is reporting that the country is on the verge of approving the world’s first “male contraceptive”.

The Hindustan Times reports that an injectable male contraceptive, reportedly “effective for 13 years, after which it loses its potency,” has recently passed clinical trials at the Indian Council of Medical Research (ICMR) and that it will now be sent for approval to the Drug Controller of India (DCGI). The ICMR is a research body funded by the government of India, and the DCGI is a department of the Central Drugs Standard Control Organization of the India government, which is responsible for the approval of licences of a variety of categories of drugs.

The contraceptive drug is designed to be injected under local anaesthesia into the vas deferens (a sperm-containing tube near the testicles) by a medical professional. The report says that it is “designed as a replacement for surgical vasectomy,” but Dr. R.S. Sharma, who has reportedly been spearheading the trials, has said that “the product can safely be called the world’s first male contraceptive.” The drug controller general of India, V.G. Somani, has said he thinks “it will still take about six to seven months for all the approvals to be granted before the product can be manufactured”.

The article notes that “[e]xperts say a male contraceptives [sic] can work well in the Indian context provided the government publicises it proactively”. And a former government secretary for family welfare, A.R. Nanda, is reported to have said, “Two things are needed from the government for it to work; one is to make use of the trial subjects for awareness generation among masses about the product, and second is to offer higher incentives for people opting for male contraceptives”.

Earlier this year, India’s Prime Minister Narendra Modi called on the central and state governments to implement policies to control the country’s population growth rate. In his Independence Day speech on August 15, Modi praised Indian citizens for having smaller families, saying having fewer children is “an act of patriotism.”

In an article republished by LifeSite, Jonathan Abbamonte of the Population Research Institute has detailed examples of state-sponsored population control in India’s recent history. He writes:

State-sponsored population control has a long and contentious history in India. In 1951, India became the first developing country to introduce a national family planning program with the aim of controlling the country's population growth rate. Since Indian Independence, as many as 36 bills on population control have been introduced in Parliament.

Abbamonte’s article also contends that Prime Minister Modi’s talk of a “population explosion” that will “cause many problems for our future generations” is misplaced. Rather, Abbomonte notes that population growth has already seen significant decline since the early 1990s:

Population growth declined in India by 21.5% between 1991 and 2001 and declined by 17.7% between 2001 and 2011. According to the United Nations Population Division, India’s population is projected to peak in 2059 and begin declining thereafter.