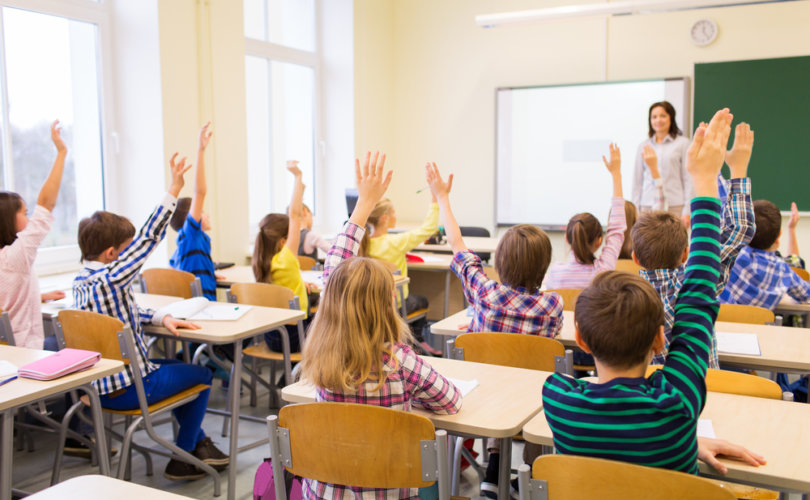 FORT WAYNE, Indiana, April 25, 2016 (LifeSiteNews) – Another Catholic bishop has taken steps to reinforce Catholic identity in the schools of his diocese.

Fort Wayne-South Bend Bishop Kevin Rhoades promulgated “The Mission of Our Catholic Schools and the Importance of Authentic Witness of School Employees,” a seven-page, 16-point statement, on April 3, presenting it to faculty last month in advance of teacher contracts being signed for the coming academic year.

Drawing from papal, curial and USCCB documents, Canon Law and the Church’s Catechism, the document spells out how and why diocesan teachers should demonstrate the Catholic Church’s principles in their daily lives, and says that teachers are examples of the Catholic faith both in the classroom and out.

It says in part:

Catholic school educators are called to embrace the fullness of the life of faith that is given to us in the Church. Accepting the truth that Christ reveals, they commit themselves to witness to that truth in their words and actions. They do not publicly reject the dogmatic or moral teachings and laws of the Catholic Church, nor sow doubt about the truth of the Church’s teaching. Their service of truth is a service of love, for Christ and for their students. Their own committed practice of the faith is a strong contribution to the school’s fulfilling its specifically Catholic mission.

“All who work in Catholic schools are called to be authentic Christian witnesses,” the document also states. “By their witness and their behavior teachers are of the first importance to impart a distinctive character to Catholic schools.”

“We firmly believe, as Bishop Rhoades states, that not only must ‘lay teachers . . . be profoundly convinced that they share in the sanctifying and therefore educational mission of the Church’ but that all those responsible for the education of children, including their parents, bear this awesome responsibility,” the pro-life organization said in a statement.  “Praise God for Bishop Rhoades' clarity in this very important matter. The souls of our children are the most important gifts God has given us. We dare not ignore such a gift.”

Dioceses have been recognizing the need to implement morality clauses for employees in the last few years as some employees have publicly supported or taken part in activities that contravene the Church’s moral principles such homosexual “marriage” or abortion.

One staff member of the Fort Wayne-South Bend, Indiana diocese’s schools was upset with Bishop Rhoades’ statement on the mission and witness of Catholic schools in the diocese, saying she and others were particularly concerned with hot-button issues such as in vitro fertilization (IVF) and homosexual “marriage.”

Speaking anonymously with the local NBC affiliate WNDU, the teacher stated, “What I do with my private life should be between me and my family. The Church is something that I go to, to look for faith.”

“So telling me who I can and can’t be social with, basically with same sex marriage, even within my family or friends, it’s not right,” the teacher said, stating as well she feared for her job but would not sign something agreeing to the document’s contents.

A spokesman for the diocese had told the news outlet, “The document is provided as communication of the longstanding expectations of all school employees, not a change,” adding that wording has not been changed in teacher contracts.

The diocese responded to LifeSiteNews, but did not answer an inquiry into the specifics leading to the document’s release.

Bishop Rhoades has defended Catholic identity in previous circumstances, denouncing along with many others, Barack Obama’s 2009 Notre Dame appearance, and also bishop of Harrisburg, PA, discontinuing the Catholic Campaign for Human Development collection there after the US Bishop’s poverty organization was found to be funding other groups advocating abortion and homosexual “marriage.”

Bishop Rhoades also upheld Church principles in the 2011 termination of a Fort Wayne-South Bend diocesan teacher who was undergoing IVF treatment, which the bishop reaffirmed at the time according to Church teaching, was “an intrinsic evil, which means that no circumstances can justify it.”