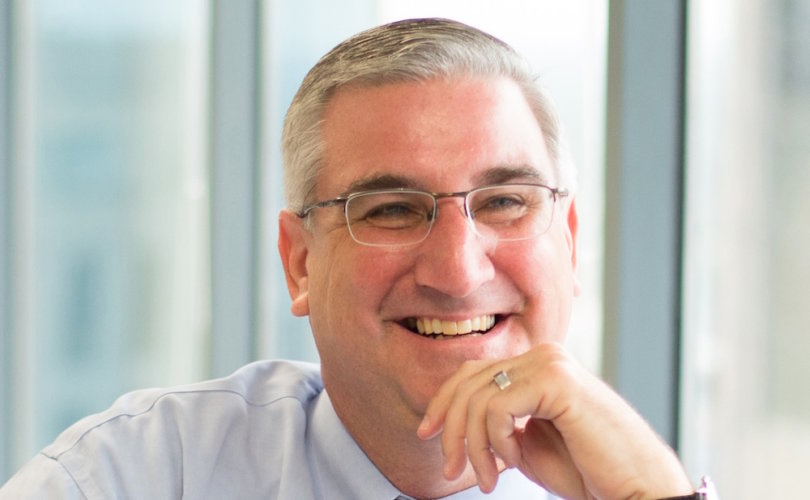 (LifeSiteNews) – Indiana enacted a new law Friday that ostensibly bans most abortions, after amendments were adopted to address pro-life concerns over the scope and language of its exceptions.

Prior to being amended, SB1 forbade all abortions except those sought due to rape, incest, or “permanent substantial impairment” to the mother’s health, and permitted abortions if a preborn child “suffers from an irremediable medical condition that is incompatible with sustained life outside the womb, regardless of when the child is born.

Indiana Right to Life and the Thomas More Society came out against the bill, warning that it did not merely allow abortions for “irremediable medical condition” but excluded them from the definition of “abortion” under state law, making them no longer subject to limits such as taxpayer funding, conscience rights, and disability-based abortions.

Subsequent amendments “tightened language for the life of the mother exception, limited abortions to 10 weeks in circumstances of rape or incest, and limited abortions for lethal fetal anomalies to 20 weeks,” according to Indiana Right to Life, and the bill cleared the state House 62-38 and the state Senate 28-19, and received Republican Gov. Eric Holcomb’s signature on August 5.

“In my view, SEA 1 accomplishes this goal” of “legislation that made progress in protecting life,” the governor said. “These actions followed long days of hearings filled with sobering and personal testimony from citizens and elected representatives on this emotional and complex topic. Ultimately, those voices shaped and informed the final contents of the legislation and its carefully negotiated exceptions to address some of the unthinkable circumstances a woman or unborn child might face.”

Indiana Right to Life explained that it remains “disappointed that an amendment to limit abortions to only the life of the mother fell short in a roll call vote” and therefore “cannot fully endorse the amended SB1,” it “believes substantive changes to SB1 in the House provide renewed hope that over 95% of Indiana’s 8,414 abortions will end if it becomes law.”

“[W]e acknowledge the path forward is either the potential to end the vast majority of abortions in Indiana, beginning with the closure of Indiana abortion clinics in mid-September, or allowing all abortions to continue under current law, as women from Ohio, Kentucky, and other states travel to Indiana for abortions,” the group said. “We urge every legislator to prayerfully consider how their vote will impact the path Indiana now chooses.”

Roe v. Wade’s overturn in June sparked the activation of scores of pro-life laws across the country. Abortion giant Planned Parenthood has suspended abortions and/or closed locations in reaction to the ruling, and pro-life attorneys general have declared their intentions to enforce their states’ duly-enacted abortion prohibitions.