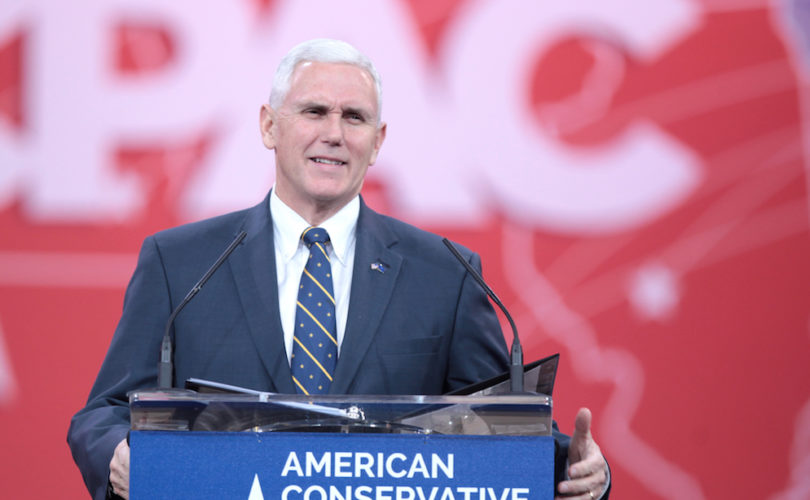 INDIANAPOLIS, Indiana, March 29, 2016 (LifeSiteNews) — Indiana Gov. Mike Pence has signed into law a measure that would ban most abortions done because of the sex or race of the unborn child, or if the child has a disability.

However, the ACLU of Indiana and Planned Parenthood of Indiana and Kentucky say they may sue to stop the bill, which has an exception for the life of the mother, from taking effect in July. Among other criticisms, they say the law could ban abortions prior to viability.

“By enacting this legislation, we take an important step in protecting the unborn, while still providing an exception for the life of the mother,” said Pence in a statement. “I sign this legislation with a prayer that God would continue to bless these precious children, mothers and families.”

“Gov. Pence has long been a champion for the unborn and their mothers. By signing the dignity for the unborn bill, Gov. Pence has again signified his commitment to protecting life. We are pleased that our state values life no matter an individual’s potential disability, gender or race,” said Mike Fichter, CEO of Indiana Right to Life.

The bill makes Indiana only the second state in the nation to ban abortions because of a diagnosis of disability. North Dakota is the other state.

According to The Indianapolis Star, opponents say the bill will harm women — and that the bill won't have its desired effect since women won't have to tell abortionists why they want to abort their child.

“Pence fails to grasp basic facts when it comes to reproductive health. Education, coupled with access to all reproductive health services, is the most effective method of protecting Hoosiers. It is clear that the governor is more comfortable practicing medicine without a license than behaving as a responsible lawyer, as he picks and chooses which constitutional rights are appropriate,” said Betty Cockrum, CEO of Planned Parenthood of Indiana and Kentucky.

Pence's gubernatorial opponent, John Gregg, said that while he is “personally pro-life,” the new law “was not well thought out or properly vetted.”

The Des Moines Register likewise condemned the law on Sunday, declaring in an editorial that “parts of it are downright creepy.”

“Indiana will become the first state to require fetal remains be buried or cremated instead of treated as medical waste like all other tissue from surgeries….How does this work for women who use prescribed medication to induce a miscarriage and terminate a pregnancy at home? Are they supposed to preserve the remains for burial?”

House Speaker Brian Bosma, however, has said criticisms are overstated. “If this can save a life, it was worth a vote,” he said early this month.

“I am strongly pro-life and understand the concerns of those both on the process and also the details of the Senate version,” Bosma said. “We're not making a determination about women's health. We're trying to protect the rights of the unborn, who cannot speak for themselves.”

The law also requires the remains of aborted babies to be buried or cremated, a reaction to a finding in 2015 that abortion clinics were frequently sending aborted children to landfills.