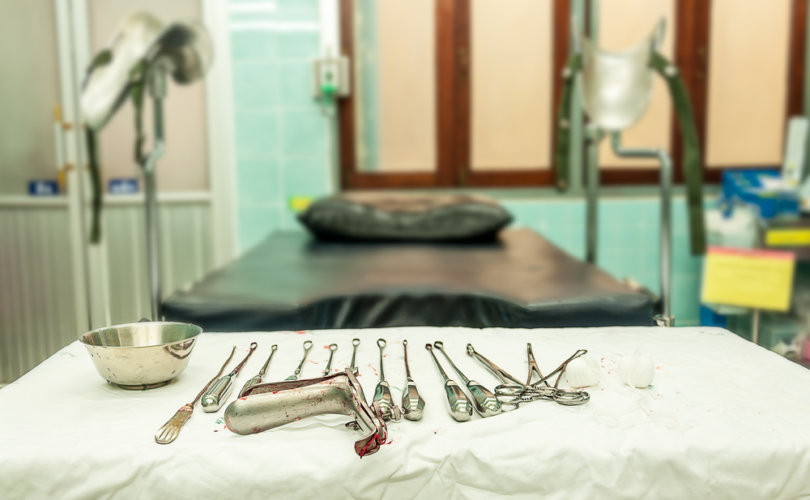 SOUTH BEND, Indiana, November 29, 2018 (LifeSiteNews) – A three-judge panel of the Indiana Department of Health’s executive board has voted to block the opening of a new abortion facility by a “women’s health” provider with a scandal-plagued medical record.

In January, state health officials denied the Texas-based Whole Woman’s Health Alliance’s (WWHA) application for a license to open a location in South Bend, Indiana, arguing it had submitted incomplete and inconsistent information in its application. Indianapolis administrative judge Clare Deitchman ruled that assessment lacked evidence in September, but now a panel has reaffirmed the state’s original decision.

The 2-1 decision came Wednesday after an “unprecedented” period of deliberation exceeding 90 minutes. The panel was comprised of Administrative Law Judge Brian Lowe and board members Richard Martin and Joanne Martin. They didn’t reveal who was the dissenting vote and declined to elaborate on their decision, citing the fact that the case was ongoing. A “final order” formally explaining their ruling is expected in the coming days.

Each side was given ten minutes to make its case, during which health department lead counsel Rebecca Brelage argued that Deitchman had failed to consider all the state’s evidence against WWHA, namely the “central issue” that the organization failed to submit adequate information about its affiliates. The group didn’t disclose WWHA founder Amy Hagstrom Miller’s ownership of six for-profit clinics, which WWHA argues don’t count as “affiliates.”

WWHA also runs abortion facilities in Illinois, Maryland, Minnesota, and Texas. A state health department report in 2017 found numerous health and safety offenses at their Texas locations from 2011 to 2017, including rusty equipment, failing to properly disinfect and sterilize instruments between use, lacking proper written operation procedures, improper storage of hazardous chemicals, unsanitary surfaces, failing to follow up with patients, holes in the floor, and more.

This history of failing to meet basic medical standards did not stop WWHA from becoming a champion of women’s health in the mainstream media’s eyes, and the victor of the Supreme Court’s 2016 decision in Whole Woman's Health v. Hellerstedt to strike down Texas’s admitting privileges requirement and abortion facility building standards.

WWHA lead counsel Dipti Singh called the panel’s decision “extremely disappointing,” but said his clients would wait for the final order before deciding their next move. WWHA Midwest Advocacy Director Sharon Lau complained that “nobody else has tried to open a clinic in the state of Indiana in I think over 10 years” because “this licensing process is incredibly burdensome.”

Pro-lifers were, naturally, more pleased. The decision is a “a great victory for women and families,” St. Joseph County Right to Life executive director Jackie Appleman told the South Bend Tribune. She also told WSBT 22 that her group would “follow it all the way through” and “support the state department of health to the very end.”

“I think this has shown abortion is not needed or wanted in South Bend,” Appleman said. “Women have all of the resources that they need already.”

Despite Lau’s suggestion that Indiana is too harsh on officials, Indiana Right to Life argued this summer that the state needed to do more to investigate whether abortionists were reporting abortions on girls younger than 16. That push was in response to 48 consumer reports against nine Indiana abortionists who allegedly failed to comply with reporting requirements for potential sex abuse.