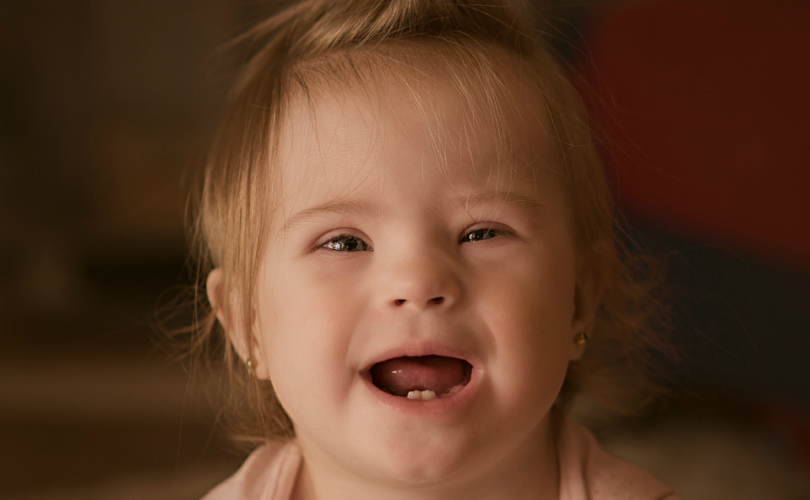 INDIANAPOLIS, Indiana, March 10, 2016 (LifeSiteNews) – Indiana lawmakers want to make it illegal to kill a baby in the womb because the child is black, a girl, or disabled.

Indiana Governor Mike Pence has legislation on his desk that would make his the second state to ban abortions sought because of diagnosed disability.

The ban, added to another bill regarding the burial of aborted babies, prohibits abortions when they are because of gender, or because of race, or because the growing baby is diagnosed as possibly having Down syndrome or other disabilities. The state Senate version passed the Indiana House yesterday, 60-40.

The bill was introduced by Rep. Casey Cox, R-Fort Wayne.

Some are criticizing the bill because it was pushed to a vote without going through the full legislative process. When the House committee chairman refused to give the bill a hearing, Cox simply took the Senate's version and successfully put it to a House vote.

House Speaker Brian Bosma, R-Indianapolis, dismissed the criticism, saying most House Republicans were in favor of the bill. “If this can save a life, it was worth a vote,” he said.

“I am strongly pro-life and understand the concerns of those both on the process and also the details of the Senate version,” Speaker Bosma said. “We're not making a determination about women's health. We're trying to protect the rights of the unborn, who cannot speak for themselves.”

Rep. Cox said the bill gives the “most vulnerable” a chance at life. “This is a human rights cause,” he explained.

Cathie Humbarger of Indiana Right to Life (IRTL) testified for the bill before the state legislature:

Accounts of the bodies of aborted babies being found in dumpsters, left on loading docks, and being ground up in garbage disposals in abortion facilities are being reported across the nation[.] … The state's official report confirmed that the bodies of aborted babies – called the products of conception – are placed into biohazard boxes and kept for days prior to being picked up by medical waste companies[.] … Indiana Code must address the respectful disposition of the bodies of babies aborted here and prevent the bodies of babies being aborted in other states from being sent to Indiana landfills.

Opponents say the bill, if signed by the governor, will be challenged in the courts because it restricts abortion before viability. Proponents say a mother may still abort her baby before viability even if her baby is healthy, just because she doesn't want him or her. The bill's only restriction, proponents say, is to protect babies in the womb from racial, gender, or disability discrimination.

“We are truly thankful for the passage of this historic legislation by the Indiana House and applaud the new civil rights protections this bill creates for unborn children, as well as the new provisions this bill establishes for the humane final disposition of aborted babies,” Indiana Right to Life President Mike Fichter commented after the bill's passage. “The House leadership listened to our concerns and the concerns of pro-life Hoosiers across Indiana.”

Humbarger told LifeSiteNews, “We certainly appreciate the action taken by the Indiana legislators, which protects the innocent lives of unborn children that have an adverse diagnosis, or whose lives are threatened because of their race or gender,” she said, “and for the respectful disposition of the bodies of aborted babies, keeping them out of landfills.”

“Landfills are for garbage, not for children,” the IRTL vice president of policy enforcement told LifeSiteNews.

Fichter said he is hopeful the bill will become the law of the land in Indiana. “We look forward to Governor Pence signing this bill into law and establishing a new respect for unborn human life in Indiana.”

A spokeswoman for Governor Pence said, “As a strong supporter of the rights of the unborn, Governor Pence will give careful consideration to any bill that comes to his desk that defends the sanctity of human life.”