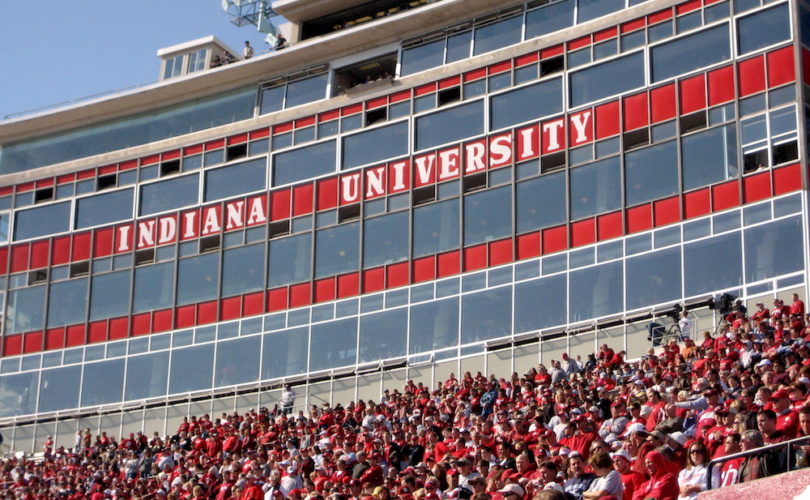 INDIANAPOLIS, May 26, 2016 (LifeSiteNews) – Indiana University is seeking to legally block a state's law requiring that aborted children be buried or cremated, because it would prevent the public university from experimenting on aborted babies' organs and tissue.

The pro-life statute, which was passed by the Indiana legislature in the wake of shocking undercover video from the Center for Medical Progress (CMP) and set to take effect on July 1, stops the grizzly practice of profiting from the sale of aborted babies by participation in such scientific experiments.

The CMP videos, released last summer, showed Planned Parenthood officials not only joking about buying Lamborghinis with the lucrative proceeds from the sale of dead babies' body parts, but admitting Planned Parenthood can and does illegally modify abortion procedures to obtain “intact” or “fresh” tissue from babies.

Mike Fichter, president and CEO of Indiana Right to Life, told LifeSiteNews that his organization is “gravely disappointed at Indiana University's attempt to block the Dignity for the Unborn law in order to continue its use of aborted babies in research.”

“There are multiple alternative tissue sources for such research, including adult stem cells and umbilical cord blood, which do not require the harvesting of parts from babies that have been electively dismembered,” he said.

Indiana University was seeking to join a lawsuit against the statute filed by Planned Parenthood of Indiana and Kentucky, but U.S. Magistrate Judge Debra McVicker Lynch refused to let the university join that lawsuit, because it was too far removed from the case’s concerns.

But she ruled that the university may bring its own court case.

The university issued a statement following Lynch's ruling saying they intend to sue “immediately,” claiming that the pro-life law is unconstitutional and will “irreparably harm the university’s ability to conduct important research into Alzheimer’s and other devastating neurological diseases.”

“We are all greatly disturbed and sad that this lawsuit is being brought by Indiana University against the state,” Bloomington 40 Days for Life Coordinator Monica Siefker told LifeSiteNews.  “Ever since the Center for Medical Progress released videos on the selling of aborted babies' body parts, we are finding out just how pervasive the tentacles of the culture of death are within our communities.”

Siefker, who also coordinates Sidewalk Advocates for Life, reflected, “In some ways, though, this lawsuit is good, because it is drawing attention to the fact that [Indiana University] does use aborted baby parts in its research.  That should rouse up anyone with a conscience.”

Siefker compared what Planned Parenthood associates want to do in Indiana with war atrocities.  “All of this research being done on aborted babies' body parts is so reminiscent of what went on during the gruesome Nazi medical research on Jews and others that they deemed non-persons,” Siefker said.  “It is no different.”

“The Nazis' experiments on their victims yielded no scientific advancements,” she continued.

She also charged Planned Parenthood with going against the will of the people.  “Those who support 'choice' seem to be completely oblivious to that fact that unborn boys and girls are given no choice on this matter,” she said. “And taxpayers, who are often directly or indirectly funding this research, are not given a choice on how their money is spent, especially in the case where one finds the funding to be highly immoral and repugnant.”

Siefker vowed that she and pro-life leaders across Indiana “will continue to pray and work hard to defend the right to life of the unborn, to help women when they find themselves in a challenging pregnancy, and to build up a culture of life and purity in our community, state, and country.”