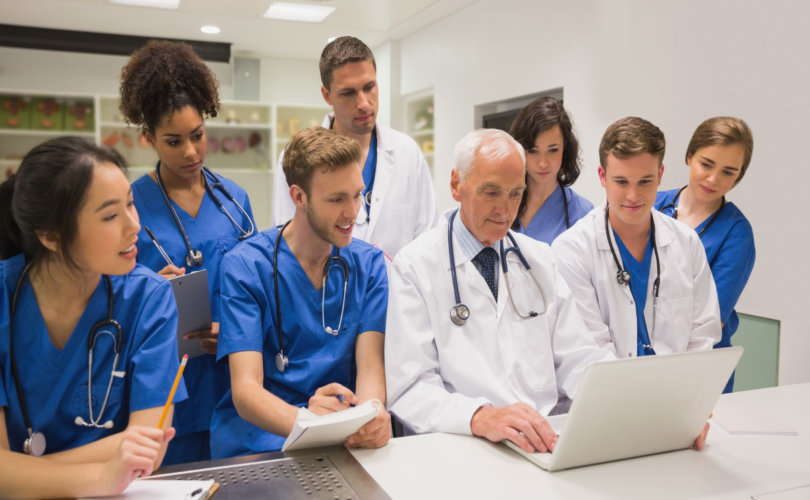 INDIANAPOLIS (LifeSiteNews) — Indiana University’s School of Medicine is updating its tenure and promotion process to possibly include a requirement that faculty “show effort toward advancing DEI (Diversity, Equity and Inclusion).”

“To align faculty expectations with the values articulated in the Honor Code, a proposal is under review to modify the school’s promotion and tenure expectations regarding DEI activities,” the school’s new announcement reads.

“Faculty members would be required to show effort toward advancing DEI in at least one mission area for which they are evaluated by including a short narrative DEI summary in their personal statement and by listing DEI-related activities on their CVs,” continued the school, adding that “Engaging in professional development activities (such as attending a workshop) would be an acceptable way to fulfill the requirement.”

In response to tying employment to a commitment to left-wing activism “workshops,” Dr. Stanley Goldfarb, the chairman of “Do No Harm,” a medical group fighting “ideological corruption,” submitted official feedback to the school slamming its “woke” proposal.

“Forcing candidates to declare their support for DEI when so many of them undoubtedly oppose it would compel dishonesty. Forcing candidates to show a track record of involvement in DEI would compel participation in and allegiance to a belief system. All of this is deeply illiberal and violates IUSM’s own professed commitment to academic freedom,” GoldFarb wrote to the school on May 14.

“Additionally, the standards will incentivize faculty to engage in racial discrimination in who they hire, promote, mentor, and to whom they provide scholarships and grants. Similar standards at other institutions have directly led to discrimination,” the doctor added.

As mentioned by Goldfarb, DEI programs have been widely criticized for being discriminatory, as the programs often emphasize looking at people through the lens of “identity” rather than based on merit.

One of the most prominent examples of DEI programs leading to discrimination comes from Harvard University, where a 2013 analysis of data from more than 160,000 applicants found that ethnically Asian students and white students were much less likely to be admitted to the Ivy League school than their Hispanic or black counterparts.

Similar trends have been noticed in Canada, with the University of Waterloo recently coming under fire for announcing that in the name of diversity, only “women, transgender, non-binary, or two-spirit” people were going to be considered for an upcoming tenure position job opening.