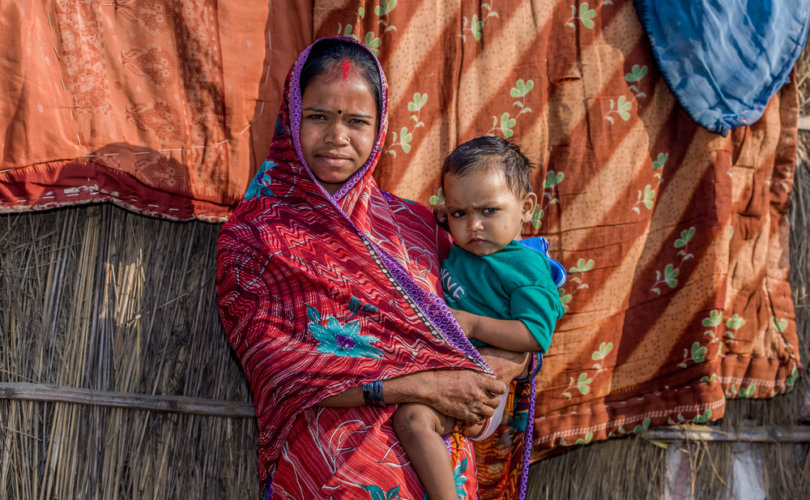 WASHINGTON, D.C., January 5, 2017 (C-Fam) — A recently-released study estimates that abortion in India is 20 times higher than previous estimates – 15.6 million children aborted in 2015 alone. The news led abortion advocates to call on New Delhi to liberalize India’s abortion law even further, past the 20-week gestation limit, even though India’s law is already among the most liberal of its kind in Asia.

The study, published by the pro-abortion Guttmacher Institute, reported that despite the law, most of these abortions take place outside legally approved facilities and are done by medications without a prescription. However, a comment published alongsidefor the study in The Lancet, co-authored by the director of a World Health Organization (WHO) research institute on human reproduction, stressed that not all illegal abortions are necessarily considered by WHO to be unsafe.

India’s Medical Termination of Pregnancy Act (MTPA), adopted in 1971, allows for abortion on demand under 12 weeks of pregnancy, while abortions between 12 and 20 weeks require two doctors’ approval.  Beyond 20 weeks, abortion is only permitted to save the life of the mother.

In an editorial published on the Indian digital platform The Quint, Nikita Mishra argues that the MTPA needs to be “smacked down” entirely. She notes that at the time it became law, current prenatal testing methods did not exist. “The problem is that most of these abnormalities are picked up in ultrasounds only by the 20th to 24th week only,” she writes, “and that exceeds the legal abortion ceiling.”

Any legal provision that could limit unfettered access to abortion — even unintentionally — has come under renewed scrutiny. Abortion proponents object to the requirement for doctors to approve second-trimester abortions prior to 20 weeks, as well as requirements for minor girls to obtain the consent of a legal guardian to obtain an abortion. Another editorial in The Better India implies that another law banning sex determination by ultrasound to prevent sex-selective abortions may be driving women to dangerous, unlicensed abortion providers.

The 15.6 million annual abortions figure is staggering, even taking into account India’s large population size. The report points out that India’s unintended pregnancy rate is comparable to that of Nepal and Bangladesh and lower than that of Pakistan. It says that about half of pregnancies in India are unintended, a similar figure to that in the United States.

According to the Lancet report, “unintended pregnancy is a strong indicator of the need for improvement in contraceptive services” and cite a figure of 13 percent of married women in India with “unmet need” for family planning. However, another Guttmacher Institute study reports that only 4 percent of women in India with “unmet need” cite lack of access to contraceptives as their reason for nonuse. The Lancet study acknowledges that another factor may be inconsistency in “couples’ strength of motivation to have small families.”

The report concludes with recommendations consistent with the Guttmacher Institute’s broader advocacy, including expansion of legal abortion providers by training nurses and midwives to perform abortions. The WHO-affiliated authors of the accompanying comment further call for strategies to reduce abortion stigma and “simplifying training requirements.”

​Reprinted with permission from the Center for Family and Human Rights.