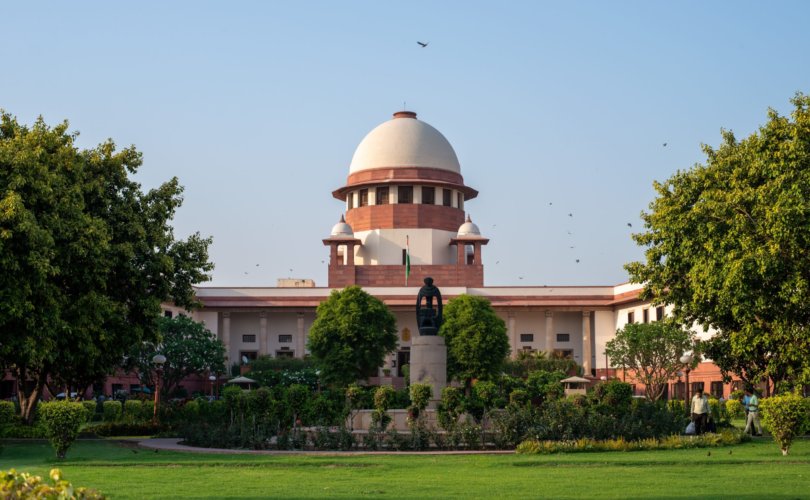 NEW DELHI (LifeSiteNews) — India’s top court ruled on Thursday that all women, regardless of martial status, will now be able to lawfully abort their unborn children up until week 24 of pregnancy.

“The decision to have or not to have an abortion is borne out of complicated life circumstances, which only the woman can choose on her own terms without external interference or influence,” the nation’s Supreme Court said in its ruling, according to the Associated Press.

Thursday’s ruling was to ensure that abortions were able to be procured by all women, no matter their status in society. The previous law limited abortion access to single women at week 20 of pregnancy, while married women were permitted to kill their unborn children up until week 24.

“The artificial distinction between married and unmarried women cannot be sustained,” said Justice Dhananjaya Y. Chandrachud. “Women must have autonomy to have free exercise of these rights.”

Thursday’s ruling was prompted as a response to a pregnant single mother who was denied an abortion back in July because she was unmarried and had passed the 20-week mark for single women. The court later retracted this decision, and allowed the mother to abort her unborn child up to the 24-week point. This decision set a precedent that caused the court to allow all women to abort their children during this later stage of pregnancy.

Despite the claims of pro-abortion activists that children in the womb are merely a “clump of cells,” numerous studies now indicate that mid-term and late-term babies may actually feel pain while they are being aborted.

A research paper titled “Reconsidering Foetal Pain,” published in the Journal of Medical Ethics, has suggested that unborn children may be able to feel painful sensations as early as 13 weeks.

At 24 weeks of pregnancy, an unborn child has developed his sense of hearing. His face – including his eyebrows, eyelashes and hair – is also almost completely formed.

The most common method of pregnancy termination at this stage is a “dilation and evacuation” abortion, a violent procedure in which an abortionists uses a sharp clamp to grasp and dismember the unborn child’s body by tearing apart his or her limbs and torso.

Decrying this practice, Dr. Anthony McCarthy, the Director of Research for the Society for the Protection of Unborn Children, has said: “A society that claims to take seriously animal pain should not shrink from confronting pain inflicted on young human beings in the name of ‘choice.'”