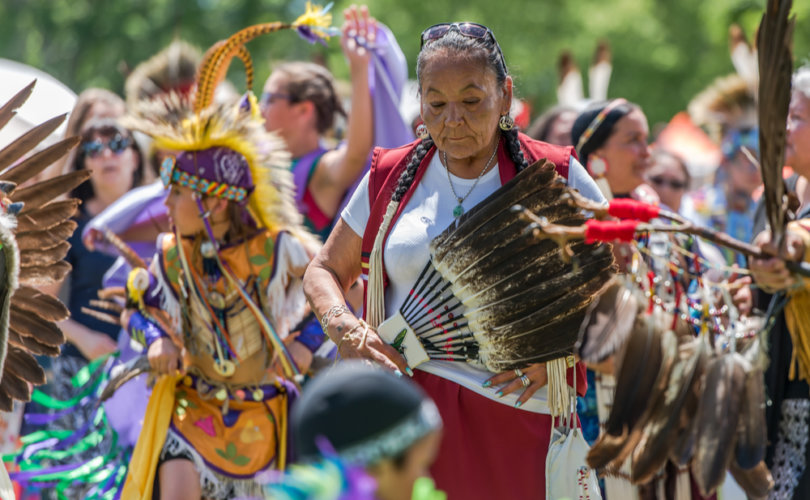 (LifeSiteNews) — A new poll indicates that the group of Canadians most targeted by federal authorities to get COVID jabs — Indigenous Canadians and visible minorities — is choosing to not get COVID jabs at higher rates than most.

The poll conducted by Angus Reid shows that a total of 13 percent of Indigenous Canadians overall answered “No,” they will “not get a coronavirus vaccination,” when asked if they have been “vaccinated against COVID-19.”

This is more than twice the jab refusal rate of Canadians the poll classified as “white,” which stands at 6 percent.

Among those Canadians who identified as being from a visible minority, their jab refusal rate was 8 percent. Overall, the poll’s findings show that men are more likely than women to refuse the COVID jabs.

The poll was conducted from September 29 to October 2, with a sample group of 5,011 Canadians, and asked a variety of questions about COVID jabs.

According to Angus Reid, “Indigenous Canadians are twice as likely as those who don’t identify as visible minorities to have refused to get vaccinated.”

Angus Reid said about its poll that “there is still much work for the government to do to overcome mistrust due to generations of mistreatment of Indigenous people at the hands of the medical system.”

The poll indicates as the main reasons most have cited for choosing to not get the COVID jabs both “personal freedom” and “health concerns.”

“One-third also say the main reason they have not been vaccinated is because COVID-19 is not a serious health threat,” added Angus Reid.

Around 8 percent of Indigenous Canadians said they have had one COVID shot, with 73 percent indicating they have had both jabs. A total of 3 percent said they are “planning” on getting the COVID jabs, while 2 percent are “unsure” about getting them.

The province of Manitoba recently launched a campaign targeting its large Indigenous population with “booster shots.”

Virtually all provinces rolled out the COVID jabs among their local Indigenous population before the general population.

As for other poll findings, 84 percent of Canadians who have not been jabbed believe their immune system will protect them, as doctors such as Dr. Peter McCullough argue.

Also, a total of 90 percent of the “unvaccinated” said that COVID health risks are “overstated.”

Not all Indigenous Canadians have gone along with the COVID jabs being pushed by all levels of government.

At an October 24 silent protest against COVID jab mandates in Edmonton, which LifeSiteNews attended in person, Nancy Scanie, an 85-year-old Denesuline woman, who is a Cold Lake Dene First Nations elder, blasted the government jab mandates.

While speaking to a crowd of over 2,000, Scanie said that she “sure as hell” would not let the government make her “get a needle” against her will.

She claimed that the Alberta government under Premier Jason Kenney has been targeting Indigenous reserves in the province, saying they were told that “if we don’t get that needle,” they are going to “put us in a special jail.”

Scanie said it’s time for “(Indigenous Canadians and everyone) to stand up and fight for our land, before it’s too late,” and to resist overbearing rules at the hands of the government.

Scanie’s speech was met with applause by the thousands in attendance.

At the same rally, Alberta physician Dr. Chris Gordillo told the crowd that he has “seen many people injured by vaccines.”

“It’s just insane. And, you know, I think more of us need to speak up,” said Gordillo.

All the COVID jabs are still experimental, with clinical trials not being completed until 2023.