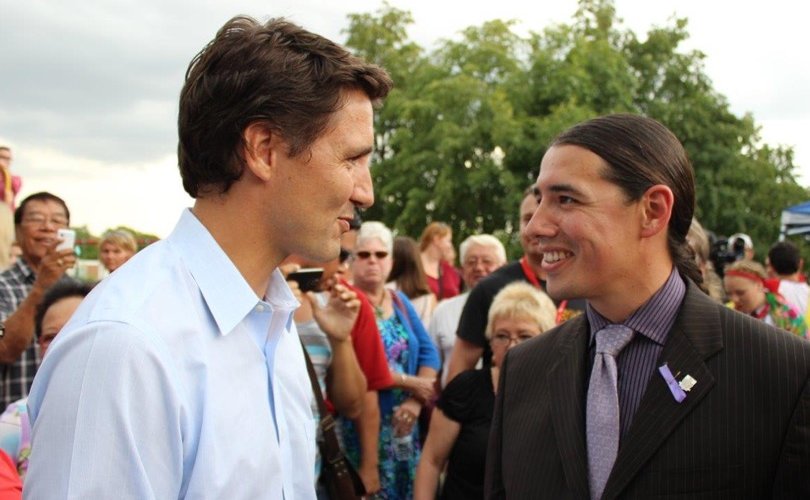 OTTAWA, April 25, 2016 (LifeSiteNews) — An indigenous Liberal MP from Winnipeg is planning to vote against his party’s proposed euthanasia bill to govern the practice of doctors ending the lives of their patients, saying that the bill will further fuel the “spirit of suicide” in First Nations communities already dealing with high suicide rates.

“I think there are communities that have this issue and if you allow, all of a sudden, this to occur…it might be very difficult,” Robert-Falcon Ouellette, MP for Winnipeg Centre, told APTN last week.

Ouellette said that the proposed bill essentially sends the message that death can be an appropriate response to a difficult set of circumstances.

“If grandma, grandfather decides they had enough in life…if they weren’t able to carry on, why should I carry on? If they weren’t strong enough, why should I be strong enough? I think that is a question that is asked in Attawapiskat more often than not, and the ripple effect of assisted dying is not the same in Toronto as in other places,” he said.

Earlier this month the Ontario First Nations town of Attawapiskat, with a population of 2,100 people, declared a state of emergency after as many as 100 residents attempted to kill themselves over the last few months. One flashpoint in the crisis was the suicide of a 13-year-old girl in October, who, before taking her life, left a video-recorded message saying that she wanted to end her pain.

Two weeks ago the Liberals introduced Bill C-14 to replace the prohibition against assisted suicide and euthanasia, which was struck down by the Supreme Court as unconstitutional in the 2015 Carter decision. The proposed bill allows euthanasia and assisted suicide for competent persons aged 18 and over who are suffering intolerably from a serious and incurable illness or disability, are in a state of irreversible decline, and whose natural death is reasonably foreseeable.

But Ouellette said that the federal government should postpone legalizing the deadly practice for up to 10 years if necessary so that the potential impact in all corners of Canadian society can be properly determined.

“I think we need to take more time, especially in light of Attawapiskat,” he said.

Ouellette said that his position on assisted suicide was partially formed by an elder who once warned him about the “spirit of suicide.”

Ouellette defended his position in a Facebook post on April 21, saying that the bill simply sends the wrong message to indigenous people.

“For First Nations communities where people struggle with hopelessness and despair, where people are suffering, we want to encourage people to embrace hope and life,” he wrote.