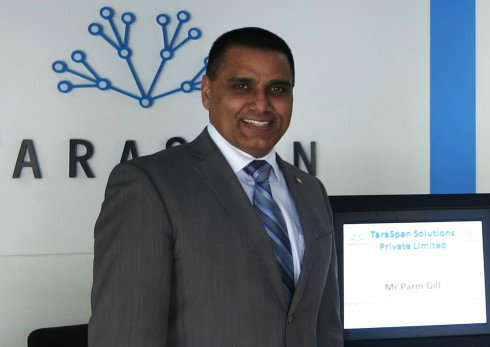 Speaking in the House of Commons on February 20, Gill first cited the federal Liberals for their support of “legalizing marijuana” and “prostitution in our streets and in our neighborhoods,” before moving on to the Liberal government of Premier Kathleen Wynne.

He described her sex education program for primary grades as “graphic and explicit sex education starting in Grade One,” continuing, “as a father of three I share the concern of many of my constituents that these policies are dangerous and expose young children to explicit sexual behaviour and teach practices and concepts that parents consider offensive and morally questionable.”

“The Liberals need to stop attacking family values and instead focus on teaching a curriculum that reflects the beliefs of parents,” he concluded.

While Gill avoided identifying the concerns with any ethnic group, the Asia Pacific Post had no such qualms. It ran Gill’s comments in a far-ranging article on the furore the Ontario program is causing for Asian immigrants. The article betrays the dissenting attitude of its authors, however. Its lead sentence frankly editorializes: “Most South Asians are uncomfortable talking about sex. That’s it plain and simple. And living in another part of the world hasn’t changed that, especially for Generation X.”

The article is headlined, “Some Immigrant Parents Find Sex Ed Curriculum Inappropriate,” while the caption for a generic picture illustrating the story (a stack of textbooks) says, “A vast majority of the South Asian and Arab Canadian communities are against the new sex ed curriculum.”

Another protester, Surjit Singh Flora, wrote in a Can-India News article that, “Teaching small kids about sex means putting something in innocent minds which could backfire. They might take it the other way around… and it could have exactly the opposite effect than that it purportedly hopes to prevent — more rape crimes and sex abuse on the streets, at home, clubs, schools, bars, etc.”

One mother, speaking anonymously, told the reporter, “We don’t want our kids to get the idea that we are giving them permission to go ahead.” The article also noted the strong presence at a Brampton rally of many Arab Coptic Christians, led by their priest, Father Maximos Rizkalla.

In Vancouver too immigrants from Asia are leading the parental opposition to school policies normalizing minority sexual preferences. A group led by Chinese Canadian Christians is fighting a school board policy allowing so-called “transgendered” youth to use the washrooms of their choice.

Jagdeesh Mann, editor of the Vancouver-based Asian Pacific Post, told LifeSiteNews that Asian Canadians want to “live and let live. What goes on in the privacy of people’s homes is their business.” But “immigrants believe schools are for teaching the ABCs. What has got them involved is that they see this as an effort to use the schools to intrude these social issues on their children at too early an age, before they can truly discern for themselves what is right and wrong.”

Tory MP slams Ontario sex-ed plan: says it must be recalled to prevent kids ‘from being groomed for exploitation’