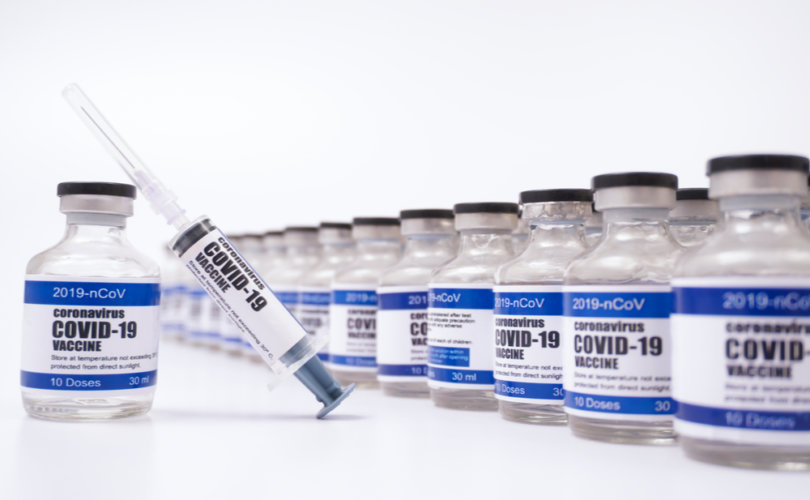 JAKARTA, Indonesia, March 3, 2021 (LifeSiteNews) — The president of Indonesia decreed last month that steep financial penalties could be imposed on citizens who do not comply with mandatory vaccination drives for the COVID-19 jab, including fines and the removal of social welfare benefits.

Jakarta, the nation’s bustling capital, houses some 10 million people and is the first region in the country, and the world, to put the new rules into action, imposing fines up to 5 million Indonesian rupiah (approximately $350) for vaccine non-compliance. The remaining 33 provinces, which have prerogative in applying the president’s new rules, have not yet elected to impose the harsh penalties.

Jakarta’s deputy governor, Ahmad Riza Patria,, defended the new enforcement measures, warning any potential dissenters, “If you reject it, there are two things, social aid will not be given, (and a) fine.” A health ministry official, Siti Nadia Tarmizi, qualified that “(s)anctions are our last effort to encourage people’s participation,” as the country prepares to inject a “target of 181.5 million people.”

Indonesia’s health ministry reported that 65 percent of Indonesians are willing to have a COVID-19 vaccine, with just 8 percent admitting they would outright refuse the jab.

“Social trust is absent. People are still questioning whether this is safe for the elderly, or pregnant women,” she said.

Usman Hamid, a director at Amnesty International Indonesia, criticized the Indonesian government for imposing a “blanket mandate on vaccination, especially one that includes criminal penalties,” calling it “a clear violation of human rights.”

A number of governments around the world — while not mandating vaccination — is beginning to implement strict measures that are tantamount to forcing vaccine uptake.

Israel leads in this regard, having just started reopening parts of its economy to citizens who have been vaccinated against COVID-19 after a two-month lockdown and the recent release of a vaccine tracking app. Those who have not yet received the COVID vaccine, or who have refused to take the jab, will remain unable to access a number of venues and businesses.

Furthermore, Israeli authorities have passed a law allowing the personal information of those who have refused the COVID-19 experimental vaccines to be collected and shared to various government bodies by the health ministry. The legislation extends to those who have received their first dose of the COVID vaccine, but did not return for the second.

As the government considers legislation that would allow private businesses to take up the mantle of imposing vaccination, Mobileye, an Israeli self-driving car developer and subsidiary of Intel, announced it will ban employees who reject a coronavirus vaccination from working on-site, CEO Amnon Shashua said.

Similarly, in Sweden, coercive measures are being implemented which make life increasingly difficult for those who refuse COVID-19 vaccines, be it on moral, medical, or religious grounds.

Currently, Swedes who have received the vaccine are eligible for a certificate proving their vaccine status. Sweden’s minister for digital development, Anders Ygeman, announced that “When Sweden and the countries around us start to open up, it will probably be required to have a vaccination certificate to travel and take part in other activities,” including access to entertainment and recreational businesses.

U.S. President Joe Biden, as well, signed an executive order in January directing the government to evaluate the “feasibility” of vaccine passports.

But the international effort to coerce populations into receiving the experimental COVID-19 vaccines is producing deadly results. Israeli health ministry data confirmed that Pfizer’s mRNA experimental vaccine killed “about 40 times more (elderly) people (in Israel) than the disease itself would have killed” during a recent five-week vaccination period. Among the younger class, these numbers are compounded to death rates at 260 times what the COVID-19 virus would have claimed in the given time frame.”

The authors of the study into Israel’s health records demonstrated that among “those vaccinated and above 65 (years old), 0.2 percent … died during the three-week period between doses, hence about 200 among 100,000 vaccinated. This is to be compared to the 4.91 dead among 100,000 dying from COVID-19 without vaccination.”