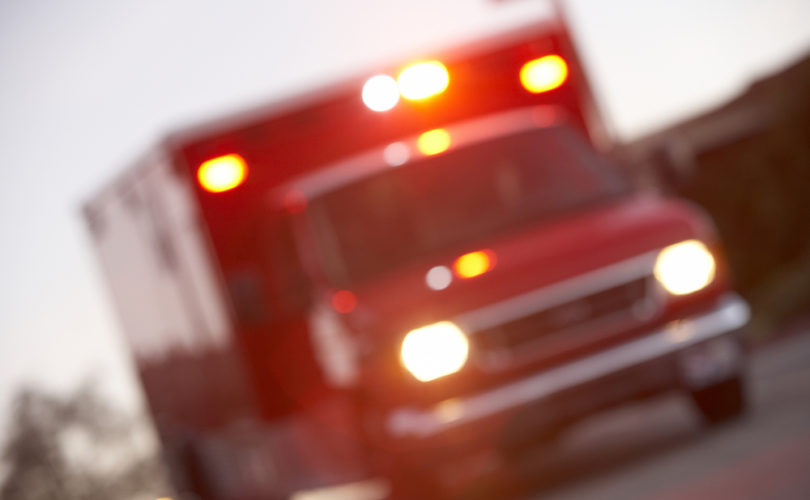 Owned and operated by nationally-known late-term abortionist LeRoy Carhart, the Bethesda facility is one of a handful of clinics that openly conduct abortions throughout all nine months of pregnancy. Formerly known as Abortion Clinics.org, it was recently renamed CARE, an irony-filled acronym for Clinics for Abortion and Reproductive Excellence.

A source familiar with the incidents came forward to blow the whistle on Carhart after witnessing the horrific injuries inflicted on the women and their unborn babies as the result of abortions conducted on May 12 and 21, 2020. The identity of the whistleblower will remain anonymous.

Operation Rescue obtained Incident Reports from the Montgomery County Maryland Fire and Rescue Service for both emergencies that verified ambulances were in fact summoned to provide emergency care at Carhart’s clinic. Both women were transported to Shady Grove Adventist Hospital in Rockville, Maryland. Carhart holds no hospital privileges there or anywhere else in the U.S.

Both women had traveled to the Bethesda abortion facility from out of state, most likely due to the fact their pregnancies were entering the third trimester and their babies were considered viable. Most states limit third-trimester abortions. Eight states, including Maryland, have no gestational limits on abortions.

“We have filed several complaints against Carhart in the past for injuring or killing women during abortions, but every complaint has been dismissed without action. It has become obvious political corruption is at work in Maryland and that Carhart is politically protected,” said Troy Newman, President of Operation Rescue. “That is why we have decided to turn to the U.S. Department of Health and Human Services to see if the Federal side will take a greater interest in protecting women and their babies than the State of Maryland has.” [See list of Maryland complaints.]

A letter has been sent to Secretary of Health and Human Services Alex Azar, seeking an investigation into 22 known serious injuries and one patient death at Carhart’s two abortion facilities in Maryland and Bellevue, Nebraska, since 2012. Jennifer Morbelli, 29, died on February 7, 2013, after a mishandled 33-week Carhart abortion. The Maryland Board of Physicians failed to take disciplinary action in Morbelli’s case as well as the other seven complaints filed against him.

Carhart was also involved in the abortion-related death of Christin Gilbert, 19, who died from complications to a 29-week botched abortion on January 13, 2005, while he was conducting late-term abortions in Wichita, Kansas — another tragedy that went without justice.

Operation Rescue spoke directly to the whistleblower about the most two most recent incidents in May. The descriptions of the horrific injuries are not for the faint of heart.

According to the Incident Report, on May 12, 2020, at 3:50 p.m. a 911 call requested an ambulance at 10401 Old Georgetown Road in Bethesda, the location of Carhart’s abortion facility. An ambulance that was equipped to provide advanced life support (ALS) was dispatched along with a second unit in support.

The patient was examined, given care, and transported to Shady Grove Adventist Hospital.

Once at the emergency room, the woman was evaluated and found to be in critical condition as the result of a serious complications to a Dilation & Evacuation dismemberment abortion at 25 weeks gestation.

She was bleeding heavily from a ruptured uterus and other internal injuries, in shock, and on the verge of unconsciousness, according to the whistleblower. She was also feverish — hot to the touch — and showing signs of sepsis.

Within minutes, the patient was rushed into the operating room for emergency surgery. Once her belly was opened, it was determined that her internal injuries were so severe that a call was made for a general surgeon.

The whistleblower described it as “the most horrific thing I have ever seen.”

There was an enormous amount of blood due to a “huge” tear in the uterus and “mangled” tissue that was once a bowel. The woman required a transfusion of multiple units of blood.

Parts of the baby had been left inside, some of which had been shoved through the uterine tear and high into the abdominal cavity, including a severed leg that was intact from the hip down.

Because the surgeon was unable to completely repair the massive damage, the woman’s bowel was resected and she was given a colostomy that included an external bag. After the surgeon did as much for the patient as was possible at that time, the woman was sent to the Intensive Care Unit where she remained intubated for two days before being transferred to a standard room. She remained in the hospital and was discharged on the morning of May 21 — nine days after her near-fatal injuries.

According to the whistleblower, those involved in treating the woman were so upset by what they saw that the surgeon witnessed the need to send out an e-mail to the hospital staff acknowledging their trauma while caring for this woman.

According to the second Incident Report, an ambulance was once again called to Carhart’s CARE abortion facility in Bethesda on May 21, 2020, at 1:05 p.m. for a woman suffering a botched abortion procedure.

The whistleblower indicated that Carhart had called ahead to notify the emergency room that he was sending another patient over with a perforated uterus.

This emergency was very similar to the previous one from May 12, but according to the whistleblower, it was actually much worse. The woman arrived in “very critical” condition due to injuries received during a Dilation and Evacuation abortion done at 25 weeks of pregnancy.

Again, a surgeon was called and this time the hemorrhaging was so severe that a hysterectomy was required, ending the woman’s ability to ever bear another child.

The woman required four units of blood “just to keep her alive.”

The perforation at the back of the uterus was described as the size of a hand spread out, or about 8-9 inches.

Unlike the last patient, the bowel for this woman was intact, but suction marks on the outside of the bowel were observed.

The body of a 25-week baby had been shoved through the huge rip in the womb and into the abdominal cavity. The baby was intact except for a missing arm and part of the spinal column. Its head was still attached, but only by a strip of flesh.

The whistleblower indicated that it was quite upsetting to see a nearly complete fetus pushed inside the abdominal cavity, and wondered about the force it took to shove the baby’s body that far into the mother’s abdomen.

Carhart has had several people rotating in and out of his Bethesda facility conducting abortions, sometimes for training purposes. Due to advancing age and health issues, it has been thought that Carhart had cut back on the number of abortions that he was personally doing.

When asked specifically who actually conducted the abortions, the whistleblower remarked that not only was no abortionist on record, but it was almost like no one really wanted to say what office the women had been brought in from. However, the whistleblower did verify that Carhart was the one who personally called the hospital to alert staff to the arrive of the woman on May 21. The Montgomery County Incident Reports verify that the women were transported from the location of Carhart’s Bethesda abortion facility.

“The gruesome nature of these abortion injuries and the emotional impact they had on hospital staff is enough for us to demand that Carhart be held responsible for the human misery he has inflicted on those who have suffered from what can only be described as incompetence,” said Newman. “We await word from the HHS on our letter of complaint, and are considering the next steps, because this kind of thing cannot be covered up or tolerated anymore.”

Note: The names of the whistleblower and all involved parties have been withheld. Operation Rescue has encouraged the whistleblower to file state complaints regarding these abortion-related injuries. Further legal action is being considered.