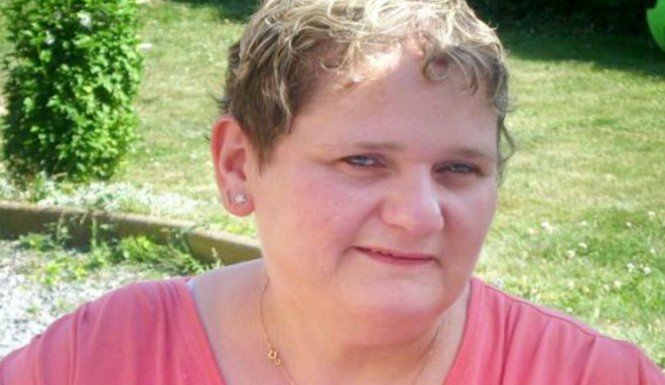 Dominique Cottrez was sentenced to nine years in prison for the murders. She will go free soon.

VILLERS-AU-TERTRE, France, July 15, 2015 (LifeSiteNews) – Dominique Cottrez, the French woman who murdered and hid eight of her children as “a form of contraception” as soon as she bore them, should be out of jail “in a few months.” The woman had been nominally sentenced to nine years' imprisonment by a jury who considered her judgment impaired.

Cottrez lied continuously on the witness stand during her week-long trial. The French national newspaper Le Figaro reported, “Ms. Cottrez consistently provides whatever answers which, she believes, will please those who question her, so she speaks but says nothing.”

Because of the early-release policies of the French legal system and because she has already served several years in jail, Cottrez's nine-year sentence is already nearly over. “This woman, who no longer pose[s] any danger to society – on this, the experts are unanimous – should regain her freedom in some months,” stated Le Figaro. “The public prosecutor can certainly appeal. But is it his interest to appear the sore loser by not accepting the balanced decision of a jury in a singular case?” The prosecutor had called for an 18-year sentence.

Cottrez may have killed her babies while suffering from diminished capacity under stress, as defense attorney Frank Berton urged and the jury evidently believed, but she showed cunning on the stand, blaming her father for impregnating her, a move Le Figaro admitted was calculated to make herself out to be the victim. DNA testing on the bodies, however, proved that the babies were all fathered by Cottrez's husband.

Cottrez said she had not gotten abortions for the unwanted babies she bore between 1989 and 2000 because she, a nurse's aide, feared doctors. She strangled them instantly, wrapped them in plastic, and hid them in different places on the family property (where they were discovered, after it was sold, by the new owner) rather than burn the bodies. She told the jury she did not want to cause them suffering. She also said she viewed infanticide as “a form of contraception.” Why not get contraception, then? She did not want to face a doctor about it.

Not all French people were as balanced as Le Figaro. Jeremie Mani, the owner of an internet moderation and filtering service, reflected in a recent blog post that the lack of restraint in public comments about the mass murder had led to many deletions.

“More than 8 out of 10 posts were deleted. Well above the average, which is approximately 20%. How to avoid messages that pollute the wire and that contribute nothing to the debate?”

Among the examples he cites: “The girl she killed 8 babies !!!!! There are no excuses !!!!!”; “Petasse Grosse cow b**** penalty of death by freezing”; “What kind of monster she must be …. It was especially wrongful accusing a man who is no longer with us … She deserves the death penalty.”

Joseph Meaney of Human Life International in Paris told LifeSiteNews that the general impression created by the trial was that the woman was “mentally disturbed[.] … These ladies who deliver and commit infanticide seem to be in denial of their pregnancies or suffering from post-partum depression.”

Meaney said that “people in France and elsewhere are still shocked by infanticide after birth, which is a good thing.” At the same time, “illogically,” the French are complacent about abortion. In fact, infanticide “tends to be used as an argument for abortion. If only these women 'got help' to abort,” they would not have to resort to infanticide.

Meaney noted that obesity appeared to play a part in recent cases of multiple infanticide, because it concealed the pregnancy from others and even from the women themselves. Indeed, according to a Time Magazine article written in 2010, when Cottrez's crimes were first uncovered, 230 Frenchwomen a year “discover their pregnancy only while giving birth.”

The article, “Why are French Women Killing Their Babies?,” notes that Cottrez's crimes make for the fifth mass infanticide in France since 2003. In 2009, for example, Veronique Courjault was convicted of killing three newborns, and 2010, Celine Lesage was convicted of killing six. This spring in Louchats in the southwest of France, five infants' bodies were discovered in a farmhouse, four in a freezer, and police committed the female householder for psychiatric examination.

The mental disturbance from which Cottrez and others may suffer is called “pregnancy denial,” Dr. Michel Delcroix, a gynecologist who testified in the Courjault case, told Time in 2010. A form of schizophrenia, a woman in its throes disbelieves so strongly in her pregnancy that she even denies the evidence of birth itself. “Once the child they never wanted arrives, they get rid of it to restore order to what they believe is nonpregnant reality.”

Delcroix believes that infanticide is increasing because society no longer values motherhood, children, and family.

Infanticide now ‘debatable’ in bioethics – on its way to ‘justifiable’
Infanticide in America: it’s real, and it’s happening more often than you think