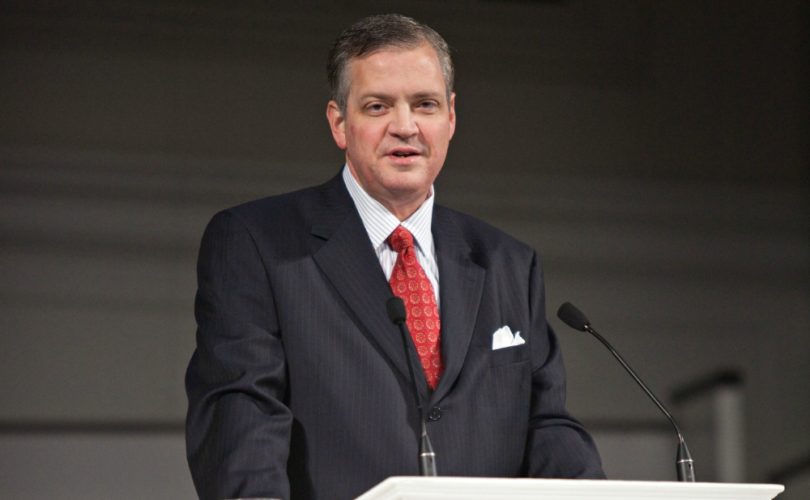 December 18, 2015 (LifeSiteNews) – One of the most influential evangelical Christian leaders in the United States says the sexual revolution began with the widespread availability of birth control.

Dr. Albert Mohler, the president of the Southern Baptist Theological Seminary in Louisville, made the remarks Saturday on David Wheaton's “The Christian Worldview” radio show.

“We are clearly at a very important turning point, but you have to go back to the early twentieth century when sexual revolutionaries largely funded an effort to separate sex and procreation, and that was birth control,” Dr. Mohler said.

In recent years, evangelical Christians and observers in general have taught the harms inflicted by birth control – from the potential abortifacient properties of some forms of contraception to the way it has unleashed promiscuity and inhibited true intimacy. Author Mary Eberstadt, a senior fellow at the Ethics and Public Policy Center, told LifeSiteNews that when she wrote her 2012 book on contemporary sexual mores and their consequences, Adam and Eve After the Pill: Paradoxes of the Sexual Revolution, “I was just blown away by” the accuracy of Pope Paul VI's encyclical Humanae Vitae. She said the subsequent rise of commitment-free sex destroyed marriages, spread diseases, and led to the nation's skyrocketing rate of illegitimate births.

Dr. Mohler, who released the new book We Cannot be Silent in October, said the second major development that undermined the family was the no-fault divorce “revolution.”

In the six year period between 1977 and 1983, 39 states passed laws allowing either party to end a marriage for any reason, or no reason.

“That was massive,” he said. “Evangelical Christians just didn't recognize it for what it was.”

“You can't have anything like same-sex 'marriage' until you redefine marriage, eliminating it as a lifelong covenant,” he said.

Degrading marriage led to a “massive spike in cohabitation among heterosexuals.”

Dr. Mohler went on to answer a question he is frequently asked: Whether faithful Christians should attend the same-sex “wedding” ceremony of a friend or relative.

“Absolutely not, because to participate in a same-sex 'wedding' in any way is uniquely to give an affirmation of it,” he said.

While he encouraged faithful Christians to “establish a relationship” with homosexuals in order “to share the Gospel,” he said that “going to a [same-sex] 'wedding' is the one thing we can’t do.”