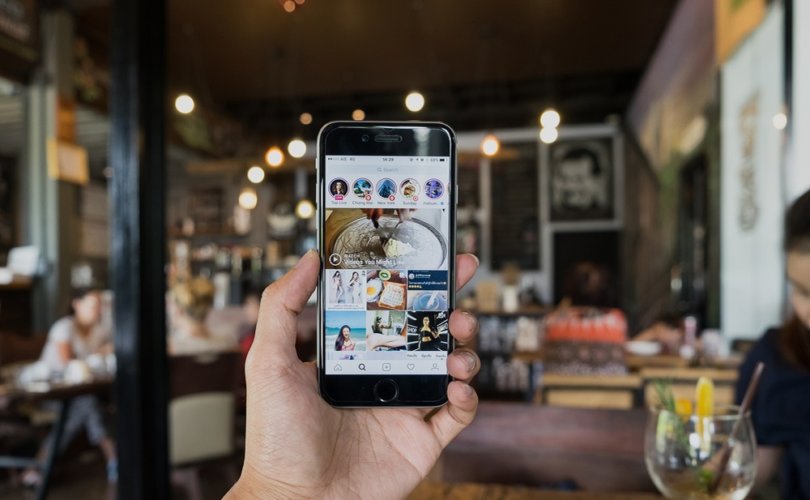 September 9, 2020 (LifeSiteNews) — Instagram has removed a post by LifeSiteNews for allegedly going “against our Community Guidelines” and containing “harmful false information.” The post referred to an article on renowned Yale professor Harvey A. Risch praising the benefits of using hydroxychloroquine (HCQ) in treating COVID-19 patients.

Instagram wrote in a standard email sent to LifeSiteNews, “Even if you didn’t mean to offend, our guidelines encourage people to express themselves in a way that’s respectful to everyone.”

“We want to keep Instagram a safe place for everyone,” the email continued. “We don’t allow false information that could contribute to physical harm.”

“In some cases, this includes information that recognized health organizations say could mislead people about how to cure or prevent a disease or that could discourage people from seeking medical treatment.”

The email then referred to the World Health Organization for more information about the coronavirus.

By removing LifeSite’s Instagram post, the social media platform, owned by Facebook, censored not merely a random thought of one of its users, but the informed opinion of a respected medical doctor and professor of epidemiology at one of the most prestigious Ivy League schools.

As reported by LifeSiteNews, Harvey A. Risch had praised the proven benefits of HCQ in fighting COVID-19, emphasizing at the same time that opponents of HCQ have no science to back them up.

“I conclude the evidence is overwhelming,” Risch told host Mark Levin during the latter’s Fox News show in August. “There’s no question that in the people who need to be treated, and are treated early, [hydroxychloroquine] has a very substantial benefit in reducing risk of hospitalization or mortality.”

Risch said most of the scientists working for the government, as well as their institutions, “cite studies that are of hospitalized patients, or they cite studies … that treat low risk patients. These are people under age 60 with no chronic conditions, and so on — people who will survive the virus just on their own, without treatment almost entirely.”

LifeSiteNews has experienced some censorship not only from Instagram, but also from its parent company, Facebook. One of LifeSite’s posts was slapped with a warning label claiming that the article contained false information. Like the article censored by Instagram, this one, too, talked about HCQ. Facebook also linked to a different article claiming that HCQ is ineffective.

Facebook has been in the news for its censorship for years. Last June, undercover video showed that content moderators at a Facebook contractor admitted they proactively deleted conservative and pro-Trump posts.