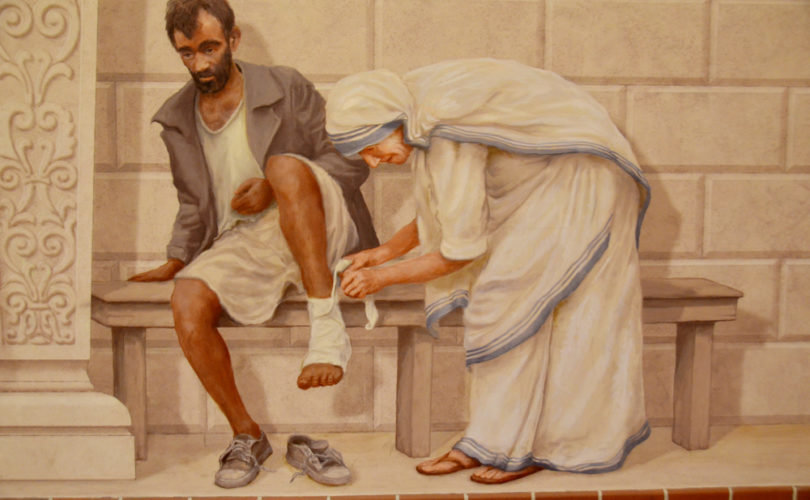 Addressing the problem countless faithful Catholics face during election season, Rhode Island Bishop Thomas Tobin offered suggestions for approaching the voting booth when every ballot option is a pro-abortion candidate: one of them is writing in Blessed Mother Teresa.

“Contrary to what critics will charge, it’s not a wasted vote,” Bishop Tobin said. “It’s a sincere expression of conscience that upholds moral truth. And that’s never a waste!”

“It’s a real problem that many faithful Catholics face these days: How to vote when all of the candidates are pro-abortion,” Bishop Tobin wrote this week in the Rhode Island Catholic.

A member of the Providence diocese had written to the bishop seeking guidance upon learning the candidate for whom she intended to vote was “pro-choice and for same-sex 'marriage.'”

He had advised the woman it wasn’t appropriate for him to tell her how to vote and said she should be informed on the candidates, telling her to pray about it and vote according to her conscience.

The bishop then reminded readers that candidates use a deceitful term with “pro-choice.”

“But it’s really a stance that enables and promotes abortion, isn’t it?” he said.

Bishop Tobin has been a frank supporter of Church teaching, particularly with regard to Roman Catholics in public life.

A recent instance had him responding when Rhode Island’s Democratic gubernatorial candidate, who identifies as Catholic, accepted Planned Parenthood’s endorsement of her candidacy and publicly opposed the Church’s teaching on the sanctify of human life.

Bishop Tobin took the opportunity in his column again this week to illustrate the scandal of Catholic politicians who go against the Church's teachings on life. The dilemma is more excruciating when the candidates profess to be lifelong Catholics, he stated.

He questioned whether Catholic pro-abortion candidates have respect for their religious heritage, or appreciation for the sacraments and all the Church has provided for their family over the generations.

“And I wonder – when in the future these candidates are in need of prayers and blessings, the Last Rites of the Church, and then finally funeral services,” Bishop Tobin said, “will they turn to Planned Parenthood or the Catholic Church to stand by their side?”

Faithful Catholics have three options with elections, he said, when no candidate presents an acceptable position, especially with crucial moral matters like abortion.

One could vote for the lesser of two evils, Bishop Tobin said, offering a detailed example of a candidate opposed in part to abortion.

His second suggestion was the write-in option, something he described as a sort of protest.

“In this scenario, one might vote for St. John Paul, Pope Francis, Mother Teresa, or our own local pro-life hero, Baby Angela,” a local child born with spina bifida, said Bishop Tobin. “Even though this person surely wouldn’t be elected to office, a vote in that direction would send a clear signal that at least some voters won’t settle for anything less than a pro-life candidate.”

His final option was to skip the election, or pass on voting for a particular office, assuring readers that Catholics have various ways to fulfill the moral responsibility of participating in the life of the nation.

There’s no obligation to vote in each and every election, Bishop Tobin said, “particularly when the options are repugnant to the well-informed conscientious Christian voter.”

Assuring his flock that God was still in charge, the bishop urged reliance on faith.

“I know, it’s a tough time to be a moral, pro-life voter,” he said. “The field is narrow and the options are few. But, vote according to your conscience, pray for our state and nation, and sleep well.”