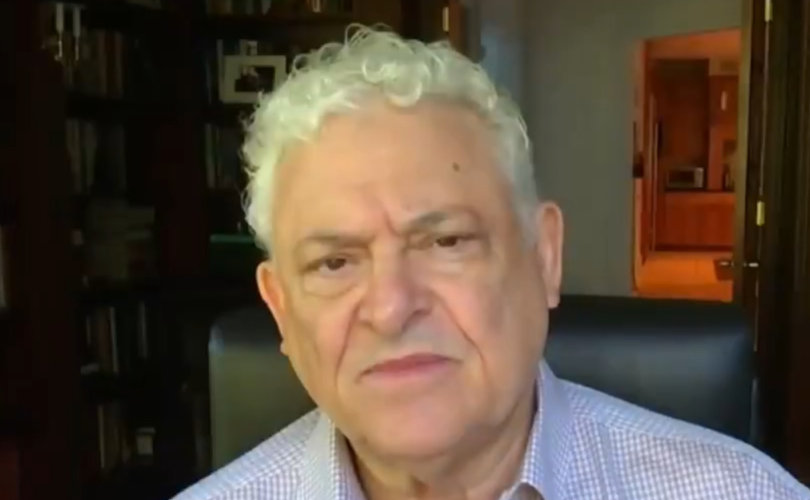 New York (LifeSiteNews) — An ethicist at New York University said that people who have not gotten jabbed should be punished by insurance companies.

Professor Caplan agreed that the unvaccinated should be shamed and treated poorly by society, though he said he hopes he can change their minds.

“I’ll condemn them. I’ll shame them. I’ll blame them,” Professor Caplan said. “We can penalize them more, say you will have to pay more on your hospital bill. You can’t get life insurance, disability insurance at affordable rates if you aren’t vaccinated.”

CNN medical guest on unvaccinated Americans: “I’ll condemn them. I’ll shame them. I’m blame them … We can penalize them more, say you will have to pay more on your hospital bill. You can’t get life insurance, disability insurance at affordable rates if you aren’t vaccinated.” pic.twitter.com/eH6fgT2B7W

This is not the first time Caplan has urged ostracization of people who will not take the abortion-tainted jabs.

He joined with fellow ethicist Sarah Hull in August 2021 to urge places to implement vaccine passport systems that prohibit people from eating in restaurants and entering other public places of business. Cities including New York, Washington, D.C., and Chicago have heeded Caplan’s call, requiring people as young as 5 years old to show their papers to enter business establishments.

The pair said it does not “make sense to conflate the concept of individual rights, which inform our liberties, with that of privileges, which are predicated on each of us upholding certain responsibilities,” in reference to individuals who want to engage in commerce, such as eating in a restaurant.

Caplan and Hull compared a driver’s license, which often requires a written test and a driving test to ensure people have the competency to operate a motor vehicle, to getting COVID shots.

“The concept of requiring COVID-19 vaccination to access privileges involving social gathering similarly protects public health and prevents reckless individuals from harming others, particularly those who cannot receive vaccines due to age or underlying illness or those who are unable to respond to them due to immunodeficiency,” Hull and Caplan said.

“A successful COVID-19 vaccination campaign will liberate us — as individuals and as a collective — from the callous grip of a pandemic that just won’t seem to end,” Caplan also wrote in August 2021.

Politicians and public health officials have often used language about those who are not “fully vaccinated” to make clear they see them as second-class citizens.

“This health order may pose an inconvenience to the unvaccinated, and in fact it is inconvenient by design,” Chicago’s homosexual Mayor Lori Lightfoot said when she announced the city’s vaccine passport system.

French president Emmanuel Macron said his strategy is to enrage people who are not jabbed.

“The unvaxxed, I really feel like pissing them off. And so we’re going to keep on doing that, to the very end. That’s the strategy,” Macron said Monday.

He also implied that people who are not vaccinated are not really citizens, or at least not equal to them.