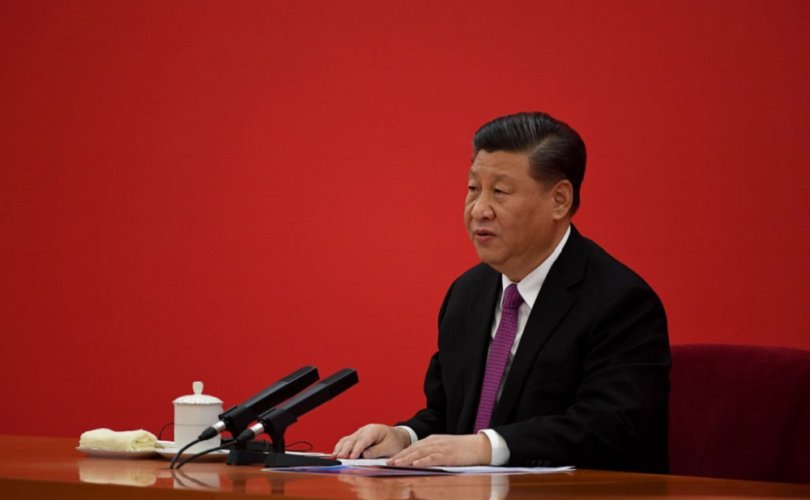 May 4, 2020 (LifeSiteNews) — China deliberately lied about the Wuhan coronavirus outbreak and allowed it to spread across the globe to the “endangerment of other countries,” resulting in the deaths of tens of thousands of people, a leaked “Five Eyes” intelligence alliance dossier confirmed.

Obtained by the Australian Daily Telegraph, the 15-page report by the intelligence agencies of the United States, Canada, United Kingdom, Australia and New Zealand accuses President Xi Jinping’s Communist government of an “assault on international transparency.’’

The dossier documented that China had “evidence of human-human transmission from early December” but continued to deny this until January 20, the Daily Telegraph reported.

The intelligence dossier also blasted the World Health Organization (WHO) for uncritically repeating Beijing’s claims and denying human-to-human transmission of the virus, despite the fact that “officials in Taiwan raised concerns as early as December 31, as did experts in Hong Kong on January 4,” according to FoxNews.

The dossier is vindication for U.S. President Donald Trump, who has long contended China is to blame for the pandemic and has been critical of the WHO, which he blasted April 29 as “literally a pipe organ for China.”

But the document also reveals disagreement among the Five Eyes nations on the genesis of the virus, according to the Daily Telegraph.

The contention that the coronavirus originated in and escaped from the Wuhan Institute of Virology has been downplayed as a conspiracy theory in the face of Beijing’s insistence that it originated in local wet markets.

Australian intelligence claims there’s only a five percent chance the virus originated in a Wuhan lab, but at the same time, the “Australian government trained and funded a team of Chinese scientists who belong to a laboratory which went on to genetically modify deadly coronaviruses that could be transmitted from bats to humans and had no cure, and is now the subject of a probe into the origins of COVID-19,” noted the Telegraph.

Moreover, the intelligence report cited several studies led by scientist Dr. Shi Zhengli of the Wuhan Institute of Virology as a concern. Shi and her team “have conducted research in the lab into deadly bat-derived coronaviruses, with at least one of the virus samples being a 96 percent genetic match for COVID-19,” according to the UK's Daily Mail.

Shi’s protégé, Peng Zhou, “now the head of the Bat Virus Infection and Immunity Project at the Wuhan Institute of Virology — spent three years at the biocontainment facility Australian Animal Health Laboratory between 2011 and 2014. He was sent by China to complete his doctorate at the CSIRO (Australia’s Commonwealth Scientific and Industrial Research Organization) from 2009-2010,” reported the Telegraph.

China expert Steve Mosher, who has been writing extensively on the coronavirus pandemic, lauded the Five Eyes report for condemning China for “everything that happens after the pandemic began” and for “suggesting it leaked from the lab.”

However, he faulted Australian intelligence for putting such low odds on the virus leaking from a lab, noting that this “is a reflection” of  its connection with the Wuhan Institute of Virology.

“I think Australian virologists — and there aren’t that many of them — would very much prefer this not to be a leak from a Wuhan lab for personal and professional reasons,” he told LifeSiteNews. “It clearly did leak from a lab.”

Moreover, the intelligence dossier is “much too definitive” in “rejecting out of hand” the possibility that the virus was created in Dr. Shi’s lab using recombinant technology to “join together parts and pieces of two different coronaviruses to enhance them to make them more infectious and more lethal,” he said.

“I view this as a defensive kind of report, and in a sense, it’s a propaganda coup for the Chinese Communist Party,” said Mosher, who outlined the case for the virus being created in the Wuhan lab in an article published Monday by LifeSiteNews.

The Five Eyes dossier did note a study published February 6 by South China University of Technology researchers that concluded “the killer coronavirus probably originated from a laboratory in Wuhan” based on its genome sequence, the Daily Telegraph reported.

“The paper is soon withdrawn because it ‘was not supported by direct proofs,’ according to author Botao Xiano,” stated the dossier, adding, ‘“No scientists have confirmed or refuted the paper’s findings,’ scholar Yanzhong Huang wrote on March 5.”

However, acting Director of National Intelligence Richard Grenell stated in an April 30 press release that the Intelligence Community “concurs with the wide scientific consensus that the COVID-19 virus was not man made or genetically modified.”

“As we do in all crises, the Community’s experts respond by surging resources and producing critical intelligence on issues vital to U.S. national security. The IC will continue to rigorously examine emerging information and intelligence to determine whether the outbreak began through contact with infected animals or if it was the result of an accident at a laboratory in Wuhan,” Grenell stated.

Other details from the Five Eyes intelligence dossier as reported in the Daily Telegraph include: