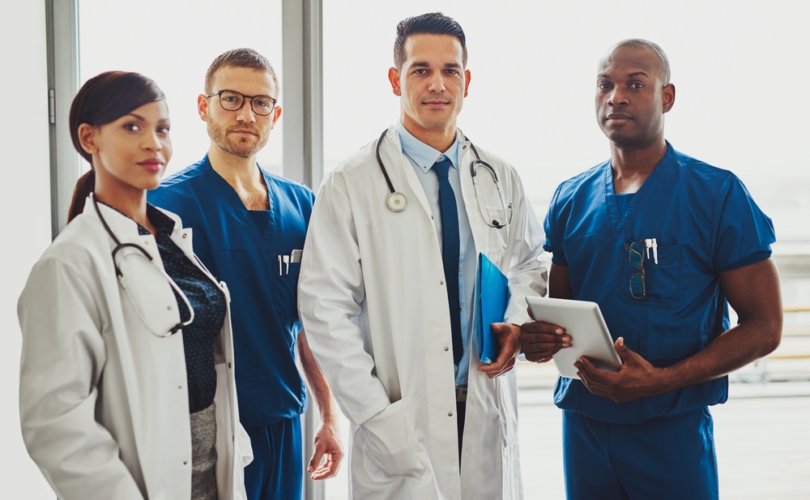 Trudeau’s policies are transforming Canada into a “totalitarian state” and corrupting the integrity of its medical profession, MaterCare International executive director Dr. Robert Walley told the prime minister in a June 8 open letter.

The Newfoundland-based MaterCare is an international association of obstetricians and gynaecologists working to improve maternal health in developing countries, presently in Kenya.

Walley's letter castigated Trudeau for his “overbearing attitude against religious people and their employment in our country.”

And it urged the prime minister to “end the discrimination of religious people and support equality in the workforce” in Canada.

“We want Trudeau to lift the lid on this pressure cooker he has created around our profession,” Walley elaborated in an email to LifeSiteNews.

“We are asking that he, at the very minimum, not actively pursue and persecute people who have religious beliefs and live them.”

Walley told Trudeau in his letter that the prime minister’s “dictatorial policies” have led to active discrimination against doctors who believe in the sanctity of human life.

“Medical students, residents, and physicians have begun to experience discrimination through denial of their right to practice according to their consciences if they do not accept your government’s dictatorial policies,” he wrote.

As a consequence, “fewer young doctors are entering certain specialties and others sadly compromise their moral integrity in order to sustain their careers,” wrote Walley.

“The covenant relationship that used to exist between doctor and patient, second only to religious advisors, is being corrupted such that doctors are now becoming simply technicians with contractual agreements as service providers.”

And Trudeau is responsible for this state of affairs, having “created a climate in this country that encourages discrimination of those with open religious beliefs,” Walley told LifeSiteNews.

Canada is “quickly becoming, ethically and morally, a totalitarian state, created in the image of Justin Trudeau,” he contended.

The prime minister has also “transformed the Liberal Party into something of a hate group that deliberately targets, among other faiths, the practice of Christianity,” added Walley.

That began with Trudeau’s 2014 edict as Liberal leader that all party candidates must support abortion. It continued with the Liberal policy denying Canada Summer Job funding to groups that refused to sign an attestation supporting abortion, as well as gender ideology.

“Organizations across the country are following his lead, coercing professionals to cooperate with his ideals and, in essence, renounce their faith or fear loss of their livelihood,” Walley told LifeSiteNews.

Notably, the College of Physicians and Surgeons of Ontario (CPSO) issued a policy requiring physicians and surgeons make “effective” referrals to an accessible colleague willing to do the act “when their consciences will not allow them to cooperate with a particular procedure or treatment.”

A group of Christian doctors challenged the CPSO policy, but Ontario Superior Court upheld it, ruling that although the policy infringed Charter rights, it was justified to allow equal access to healthcare “services.” The doctors’ groups are appealing the ruling.

“Healthcare workers will either become initiated into this climate through the process of gradualization, or they will leave to find somewhere where they can practice their faith and medicine freely. Healthcare will lose its credibility among patients,” Walley observed.

“Justin Trudeau is trying to change our profession, which he knows little or nothing about, including the practice of abortion. He simply has no legitimate authority to speak to these issues,” Walley told LifeSiteNews.

“It is a profession that some feel called to take on because they want to help people and save lives.”