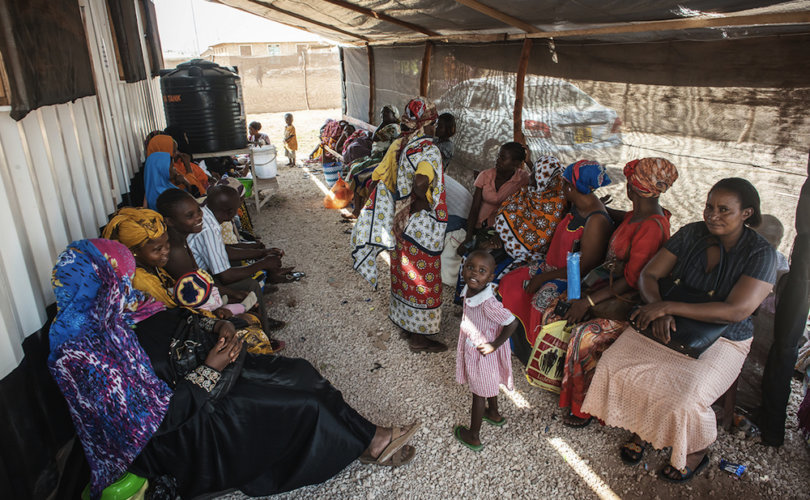 GENEVA, Switzerland, August 2, 2017 (LifeSiteNews) — Doctors Without Borders is a name that evokes images of fearless, compassionate medics in the world’s hot spots, braving war, epidemics and disaster to bring live-saving care to the sick, wounded, and dying.

But the international humanitarian group better known as Médecins Sans Frontières (MSF) is also an abortion provider and vocal advocate for “safe” abortion.

“MSF boasts about performing abortions where the people have kept legal protection for their unborn children,” says Susan Yoshishara, researcher and writer with the Center for Family and Human Rights (C-Fam).

“Even worse, they do so under the guise of helping to reduce maternal deaths even though medical experts agree what mothers need is better prenatal care, skilled birth attendants, and emergency obstetric care,” she told LifeSiteNews in an email.

MSF does “good stuff,” he said, but got “hooked” on abortion ideology.

“It was when they changed their policy on abortion a few years back now, that really kind of changed the image in a sense,” he told LifeSiteNews.

“Because they were there to save lives, to encourage everybody in the hardest, most difficult times, not to say, well, OK, we’ll do the abortions because we can’t do anything else.”

Founded in 1971 by a group of French doctors, MSF’s Charter commits its medical personnel to providing emergency aid regardless of race, religion, or political convictions.

Now headquartered in Geneva and operating in 70 countries, MSF International gets about 92 percent of its budget from private donations, which “ensures operational independence and flexibility.”

MSF decided in 2004 to provide abortions in its field operations.

But not all of its personnel immediately fell in lockstep with the policy, as midwife Catrin Schulte-Hillen admitted in a November 2106 interview with MSF International.

MSF’s adviser on sexual and reproductive health, the Geneva-based Schulte-Hillen, said that between “2013 and 2015, only 25 percent to 35 percent of MSF projects that were supposed to provide abortions were actually doing so.”

The “main reasons” were “internal,” she noted.

“The most common arguments we hear – at various levels within the organization – are: ‘there isn’t the need,’ ‘it’s too complicated,” or even ‘it’s not the role of MSF.’”

These “reasons tend to reveal things about staff themselves: discomfort with the initiative, lack of knowledge surrounding the issue, or a personal objection,” Schulte-Hillen said.

In 2012, concerned with the “limited scope of the (2004) action,” the International Board ramped up its abortion advocacy.

“(U)unsafe abortion and unwanted pregnancy contribute significantly to the burden of ill health, suffering and maternal mortality in contexts where we work,” it asserted then.

“We consider access to safe abortions to be a medical necessity,” Schulte-Hillen wrote in May 2016 in BioMed Central. “Unsafe abortion is one of the world’s main causes of maternal mortality and the only one that is entirely preventable.” (emphasis added).

Schulte-Hillen referred to MSF’s 2015 guide on obstetrics and newborn care, which includes instructions on both surgical and medical abortions.

Notably absent in the guide is reference to the USA’s Food and Drug Administration’s “adverse events report” that links 14 maternal deaths to the abortion pill, as well as 612 hospitalizations, 339 cases of hemorrhage requiring transfusion, and 58 ectopic pregnancies.

LifeSiteNews contacted Schulte-Hillen, but she is “traveling and offline” until September.

MSF’s ramped up its abortion advocacy yet again in January after U.S. President Donald Trump reinstated the Mexico City Policy that cuts off American money to groups providing or promoting abortion outside the U.S.

MSF says it “does not have a political position on abortions,” but it issued statements in January, February, March, April, and May warning the “global gag rule” will “lead to more deaths” and “endanger the lives of women.”

Its March 2, 2017, statement coincided with the kickoff of Dutch global abortion fund She Decides.

Joanne Liu, Canadian paediatrician and president of MSF International, repeated that month MSF’s oft-repeated contention that “unsafe abortion” is “one of the top five leading causes of maternal death” and causes “13 percent of maternal deaths.”

To include abortion complications under maternal deaths is “problematic,” she told LifeSiteNews.

“Maternal mortality, generally speaking, refers to deaths that are the result of pregnancy complications or birth complications,” Oas said. “Induced abortion introduces a complication into an existing pregnancy.”

The “main reasons why women die from botched abortions are sepsis and hemorrhage,” which is also the case for women who go through labor and delivery, Oas told LifeSiteNews.

“So if you have the medical infrastructure to treat women in that condition, no matter how they got there, much less mortality happens.”

Ninety-one percent of maternal deaths occur in the last three months of pregnancy, during labor and delivery and afterward, “so abortion and birth control are irrelevant,” he told LifeSiteNews.

“If they really wanted to eliminate maternal deaths, you’ve got to do it with essential obstetrics,” Walley said.

Offering abortion, not to mention contraception, is “a kind of sickening ideology that says we want to prevent pregnancy and prevent motherhood.”

Oas criticized MSF for its “fatalistic view” view that “abortion is inevitable.”