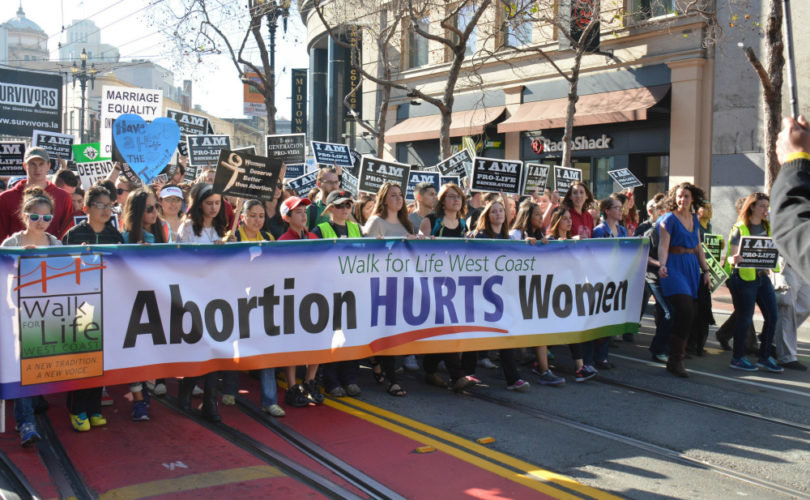 San Francisco, January 12, 2016 (LifeSiteNews) – San Francisco’s 12th Annual Walk for Life West Coast will feature a slate of international pro-life stars. The January 23, 2016 event will include speakers from Africa and Latin America as well as from the United States. “The pro-life movement is represented in every country on the planet,” says Walk co-chair Eva Muntean, “and we are delighted and honored to welcome speakers who exemplify that diversity.”

One of the 2016 speakers is Jesús Emmanuel Acha Martinez, known everywhere throughout the Spanish-speaking world simply as Emmanuel. Emmanuel came on the music scene in Mexico in the late 1970’s. By the 1980’s he was arguably the country’s biggest star. “This is so exciting—Emmanuel is known throughout the entire Spanish-speaking world for his beautiful ballads!” said Muntean, “But it is his willingness to put his fame on the line for life, in defense of the littlest among us, that we admire the most!”

Emmanuel will be joined by Obianuju Ekeocha, founder and president of Culture of Life Africa. Obianuju has advised almost 20 African bishops on women’s and life issues, has met with Pope Francis, and co-authored two declarations with African bishops promoting the gospel of life in Africa. She holds a Master’s degree in biomedical science and a Bachelor’s degree in microbiology.

From the United States comes David Daleiden. One of the young activists who are changing the face of the pro-life movement, David founded the Center for Medical Progress in 2013. In 2015 he shocked the conscience of America with his ongoing series of videos documenting Planned Parenthood’s trafficking in the body parts of aborted children. His exposé provoked members of congress and of state legislatures into ongoing attempts to revoke public funding for the nation’s largest abortionist.

Alveda King, who will be introduced by Fr. Frank Pavone, will lead the opening prayer of the rally. San Francisco’s Archbishop Cordileone will present Gianna Molla Award to Mother Agnes of the Sisters of Life.

The 2016 Walk for Life West Coast will begin at 12:30 PM with a rally in the city’s Civic Center Plaza. Following the rally, Walkers will march down Market Street.

Founded in 2005 by a group of San Francisco Bay Area residents, the Walk for Life West Coast’s mission is to change the perceptions of a society that thinks abortion is an answer. Walk participants are expected from throughout the Bay Area and across the United States and Canada.