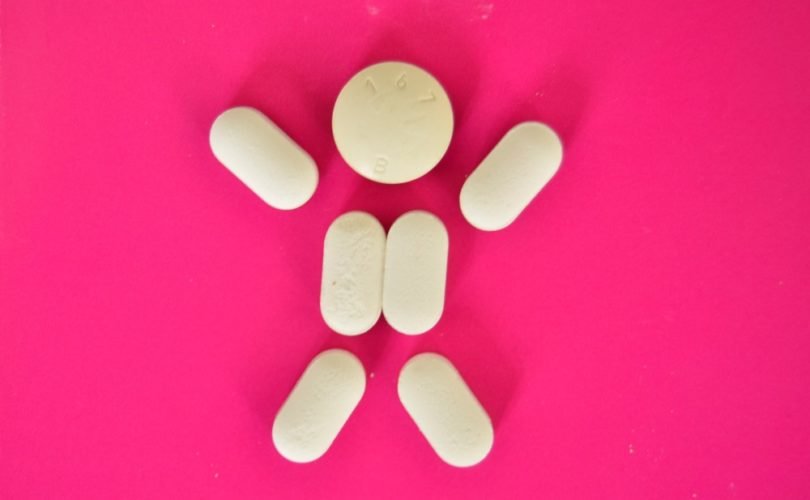 Want an abortion?  Can’t get one in your country?  From the brain behind the “Women on Waves” abortion boat comes “Women on Web,” a website selling and shipping abortion pills to customers worldwide, with just one caveat: They only ship to countries where abortion is illegal.

Rebecca Gomperts, who has been making international headlines with her floating abortion facilities since 2001, started the Women on Web site eight years ago as a clandestine way for women to get around laws restricting abortion.  For 90 euros, her organization will send a package containing one tablet of Mifepristone and six tablets of Misoprostol to induce a chemical abortion.  Mifepristone, also known as RU-486, is the abortion drug that kills the baby.  Misoprostol, also known as Cytotec, induces labor to expel the remains.

Gomperts acknowledges that chemical abortion carries more risks than surgical abortion, and her site is filled with disclaimers advising women not to take the pills alone, and to be near a hospital when they take the pills, in case of hemorrhage or other life-threatening complications.  But she says her “service” is necessary because if she didn’t provide the pills (sourced from an Indian pharmaceutical company), women would buy unregulated pills on the black market or resort to improvising ways to kill their unborn children, such as sticking sharp objects into the womb (the oft-discussed “coat hanger” method) or drinking bleach or other poisons.

Because Gomperts only sells abortion kits to women in countries without access to abortion, she won’t ship pills to the United States.  But a number of other overseas pharmacies have made abortion drugs available to Americans through the mail, even though self-induced abortion is illegal in almost every state.  Recently, a Pennsylvania woman was convicted of inducing a chemical abortion in her 16-year-old daughter using pills bought online and sentenced to 18 months in prison after the girl wound up in the hospital with severe complications.

Monique Chireau, a professor of obstetrics and gynecology at the Duke University School of Medicine and a board member of Americans United for Life, told the New York Times that complications from chemical abortion are widely underreported because many women who go to the hospital with excessive bleeding or other complications don’t disclose that they’ve taken abortion pills, preferring to pretend the miscarriage was natural. “Despite all we may hear about abortion being a benign procedure, it’s really not,” Chireau said. “And it’s important to remember it’s elective. This is not lifesaving surgery or surgery for cancer.”

But despite the risks, pro-abortion activists are increasingly promoting do-it-yourself chemical abortion as a viable alternative to abortion clinics, many of which are shutting down as states pass stricter safety measures in the wake of the Kermit Gosnell case and other high-profile clinic closures.  Rather than incur the costs of bringing their facilities in line with state standards, abortionists are closing up shop.  Advocates of abortion-on-demand see mail-order abortion kits as way for women to get abortions without having to travel large distances in order to find a facility in compliance with the law.

Referring to the popular “morning-after” abortifacient pill “Plan B” – which is available over-the-counter and billed as “emergency contraception” – abortion activists Francine Coeytaux and Victoria Nichols suggested that Misoprostol be made available over-the-counter as well, calling it “Plan C.”  (Used alone, Misoprostol induces abortion in about 75 percent of cases.  Mifepristone raises that statistic to 98 percent, but it is much more heavily regulated by the FDA and carries a black-box warning, meaning it is unlikely to be approved for over-the-counter use.)

Coeytaux and Nichols called the lack of medical supervision involved with do-it-yourself abortion an “appealing benefit.”

“A woman can use this plan C by herself, in the privacy of her home, without having to go to a clinic or seek professional medical attention,” the pair wrote. “This allows her not only autonomy, but true confidentiality—she gets to decide whether or not to share this information and with whom.”  The authors do not mention that this confidentiality – like the confidentiality offered by Plan B – would also make it easier for sexual predators to hide their abuse of children.

The activists also wrote that making abortion pills available over-the-counter would enable them to be rebranded as something other than abortion, allowing women to feel less guilty about their decision.

“The topic of abortion stirs up political debates that many women may not want to be at the center of,” they wrote.  “Medical technology has given women more options to take preventative action even before knowing whether or not they are actually pregnant. If a woman were to use misoprostol as a plan C, she would have the option to take the drug prior to even taking a pregnancy test. She would be taking precautions and could take the pill for menstrual regulation purposes. Not having knowledge of her pregnancy status could free her from guilt or self-stigmatization that she might otherwise face.”