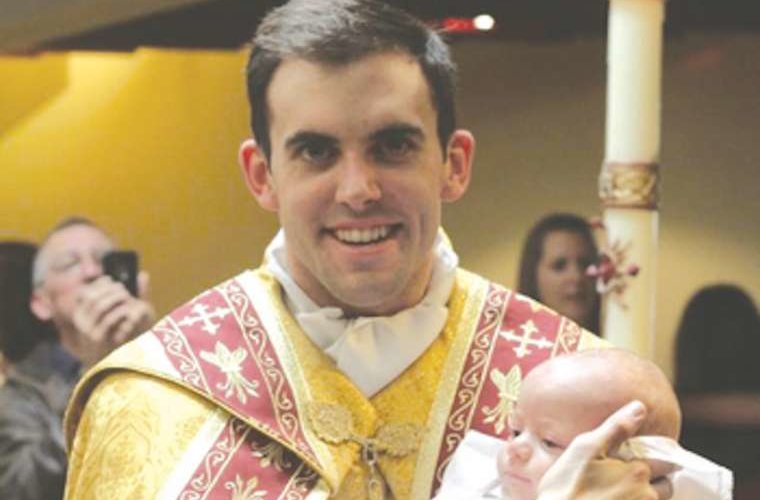 OKLAHOMA CITY, Oklahoma, September 17, 2020 (LifeSiteNews) – Within just a few weeks, a second man who thought he had been ordained a priest found out that his baptism was invalid, leading him to receive the sacraments from baptism to ordination properly for the first time.

Zachary Boazman had watched a video of what he thought was his baptism. It turned out the deacon used the words “We baptize you” instead of the proper “I baptize you,” which made the sacrament invalid. The problem: Boazman had already lived what seemed to be a normal Catholic life. He went to Mass and to Confession, received Holy Communion, was “confirmed,” moved on to the seminary, and was “ordained” a deacon and, in 2019, a priest.

None of it was real. It is impossible for anyone to receive the sacraments who wasn’t first baptized.

Catholic News Agency reported on a letter sent out by the Archbishop Paul S. Coakley of Oklahoma City – Boazman’ home – saying he “immediately contacted” the archdiocese “to explain the situation and seek guidance” after his discovery.

Coakley added, “I am certain this past week, as unsettling as it was, will further strengthen Father Zak’s resolve to serve God’s people and develop an even deeper appreciation for the gift of the priesthood.”

In the Archdiocese of Detroit, Michigan, Father Matthew Hood had an experience similar to that of Boazman. Hood had watched a video of his “baptism,” realizing it was invalid.

Hood was thinking about all the sacraments he thought he had conferred on his faithful, which were just as invalid as his ordination. “My heart goes out and breaks for those for whom I’ve celebrated Mass, Mass intentions I’ve offered, the confessions I’ve heard, and especially the sacraments of anointing of the sick that I’ve celebrated for people on their deathbeds, my grandmother included among them,” he said.

Priests and lay faithful have been reviewing their baptisms, if possible, after the Vatican’s Congregation for the Doctrine of the Faith on August 6 issued a statement, approved by Pope Francis, affirming that a baptism using the words “We baptize you” is invalid.

The statement explained, “When the minister says ‘I baptize you … ’ he does not speak as a functionary who carries out a role entrusted to him, but he enacts ministerially the sign-presence of Christ, who acts in his Body to give his grace and to make the concrete liturgical assembly a manifestation of ‘the real nature of the true Church,’ insofar as liturgical services are not private functions, but are celebrations of the Church, which is the ‘sacrament of unity,’ namely, the holy people united and ordered under their bishops.”

The priest, or any other minister of baptism, is not acting “on behalf of the parents, godparents, relatives or friends, nor in the name of the assembly gathered for the celebration,” but in the name of Jesus Christ.

Fr. John Zuhlsdorf, a popular blogger, didn’t mince words when he reported on the invalid baptism affecting Fr. Boazman. “This, because some jackass priest took it on himself many years ago to change the words of the form of Baptism,” he wrote.

“Maybe he was well-meaning. Maybe he was so poorly formed that he barely grasped what the Church understands. Seminaries were really really, really bad for a long time. However, the BOOK has the words in BLACK and even poorly formed priests know that the BLACK part is what the Church approves… you know, the old ‘institutional’ Church not the ‘spirit-filled’ prophetic Church, for whom BLACK is a suggestion.”

Zuhlsdorf encouraged priests to review the validity of their baptisms, if at all possible.

After Fr. Hood’s case in Michigan was revealed, Joseph Shaw, chairman of the Latin Mass Society of England and Wales, commented that two things remain worrisome. “One is that it is impossible to know how many other people are affected by invalid sacraments. The other is that many Catholic commentators seem not to care.”

In his article, Shaw focused on the second point. “Part of the problem here among Catholic commentators on this story is that they are not concerned about the life of grace: the day to day of years and decades that a practicing Catholic can reasonably expect to be in friendship with God,” he argued.

“They are too concerned with the conditions for salvation at the point of death to notice the issue of life. We should be concerned not only to die in a state of grace, but to live in one.”