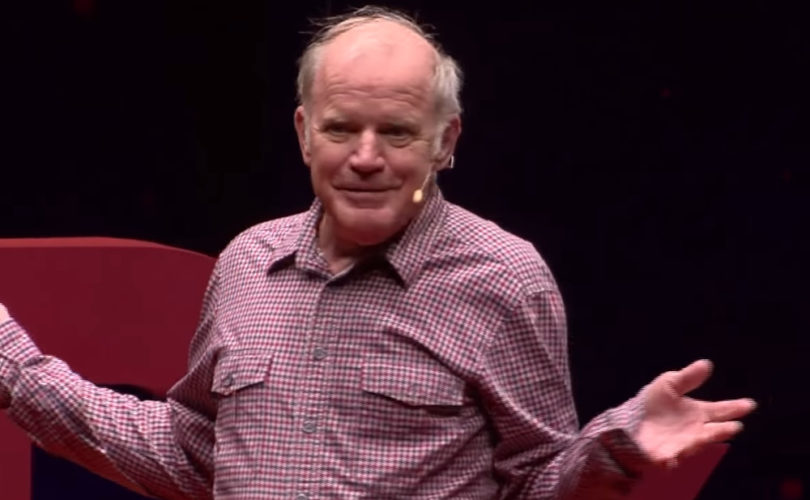 March 16, 2021 (LifeSiteNews) — The inventor of the PCR test, which has been widely used in detecting COVID-19, previously slammed Dr. Anthony Fauci by calling him a liar. He also strongly criticized Fauci’s understanding of science, while revealing that the PCR test is not suitable as a diagnostic tool, in the way it is being used for COVID-19.

Dr. Kary Mullis was awarded the Nobel Prize in chemistry in 1993, along with Dr. Michael Smith, for inventing the polymerase chain reaction (PCR) test, which has recently sprung to the forefront of conversation across the world, due to its prominent usage as a way to detect COVID-19.

PCR tests were hastily pushed into the global sphere when only days after first reports about COVID-19 emerged, the Corman-Drosten paper was submitted to medical journal Eurosurveillance, promoting their use. Just two days later, the paper was published on January 23, 2020. In fact, even prior to that, a copy of the paper was published on the World Health Organization’s (WHO) website on January 13, one day after scientists in China shared the sequence of the virus.

Since then, it has become a standard testing method for the virus, proposed by governments and health agencies across the world, including America’s Dr. Anthony Fauci. Fauci is the director of the National Institute of Allergy and Infectious Diseases (NIAID), and, before becoming Joe Biden’s Chief Medical Adviser, was former President Donald Trump’s top COVID advisor.

However, Mullis made no secret of his opinion of Fauci, and recently a video clip of Mullis has reappeared on social media, taken from an older interview he gave during the 1990s.

“Guys like Fauci get up there and start talking, you know, he doesn’t know anything really about anything, and I’d say that to his face. Nothing. The man thinks you can take a blood sample and stick it in an electron microscope, and if it’s got a virus in there you’ll know it.”

Mullis continued his attack on Fauci’s scientific understanding: “He doesn’t understand electron microscopy and he doesn’t understand medicine and he should not be in a position like he’s in. Most of those guys up there on the top are just total administrative people and they don’t know anything about what’s going on in the body.”

“You know, those guys have got an agenda, which is not what we would like them to have being that we pay for them to take care of our health in some way. They’ve got a personal kind of agenda. They make up their own rules as they go. They change them when they want to, and they smugly — like, Tony Fauci does not mind going on television in front of the people who pay his salary and lie directly into the camera.”

He mentioned that “the main problem with science in this century” was that “science is being judged by people, funding is being done by people, who don’t understand it.”

“Who do we trust? Fauci,” he answered with obvious contempt. “Fauci doesn’t know enough to, you know …”

Mullis died in August 2019, interestingly just months before his invention would be used to test for COVID, and its results to determine the lockdown of entire nations. Yet, before his death he spoke against PCR tests being used in the manner in which they came to be used, just months after his death.

In another video clip, Mullis noted how PCR tests can be amplified so much as to make them unreliable for diagnostic testing: “With PCR, if you do it well, you can find almost anything in anybody.”

“Because if you can amplify one single molecule up to something that you can really measure, which PCR can do, then there’s just very few molecules that you don’t have at least one single one of them in your body. So that could be thought of as a misuse of it, just to claim that it’s meaningful.”

“It allows you to take a very minuscule amount of anything and make it measurable and then talk about it …like it is important … see that’s just a misinterpretation,” Mullis stated.

With Mullis no longer alive to repeat his arguments, the PCR test has been promoted by individuals such as Fauci, with health agencies and politicians seemingly blind to the growing evidence of false positives resulting from PCR tests.

However, Mullis has been vindicated by a group of 22 international scientists, called the International Consortium of Scientists in Life Sciences (ICSLS), who have identified “ten fatal problems” with the Corman-Drosten (CD) paper which was used back in January 2020 to promote PCR tests as the diagnostic tool for COVID-19. Each of the flaws is enough to render the test “useless as a specific diagnostic tool to identify the SARS-CoV-2 virus,” and the group points to the “worldwide misdiagnosis of infections,” which have resulted from PCR tests for COVID-19.

As Mullis noted himself, the ICSLS observed that PCR tests are unable to distinguish between “the whole virus and viral fragments,” meaning that a so-called positive test, as mentioned in the CD paper, cannot determine if one is infected with the virus, but “merely indicates the presence of viral RNA molecules.”

Once again, as Mullis had mentioned, the group said that PCR tests can be amplified to a level which renders the results “completely unreliable,” and echoed Mullis’s very words — “amplified PCR products can be anything.”

An article in The New York Times last year admitted that PCR tests can amplify a small amount of the virus to such an extend as to make it meaningless.