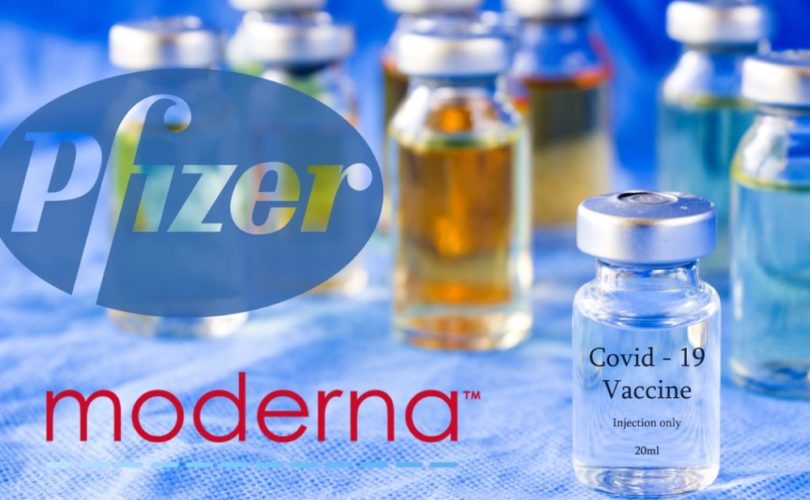 July 5, 2021 (LifeSiteNews) – Information about the inventor of the mRNA technology used in certain COVID-19 vaccines was removed from the online encyclopedia site Wikipedia after he publicly warned against giving the experimental gene therapy vaccines to young people and that there was insufficient information about the injections to give informed consent.

Dr. Robert Malone, M.D., M.S., discovered RNA transfection and, while he was at the Salk Institute in San Diego in 1988, invented mRNA vaccines. His research was continued the next year at Vical, and between 1988 and 1989, Malone wrote the patent disclosures for mRNA vaccines.

On June 10, 2021, Dr. Malone joined biologist Bret Weinstein, Ph.D, on the Dark Horse Podcast, where Malone raised numerous safety concerns about the Pfizer-BioNTech and Moderna COVID-19 vaccines, both of which use mRNA technology. He warned about future autoimmune issues caused by the spike proteins within the mRNA injections.

Then, appearing on Fox News’ Tucker Carlson Tonight some days later, Dr. Malone issued further warnings about the vaccines, the content of which is contrary to the mainstream media’s promotion of the injections. The mRNA inventor declared that there was still insufficient data for anyone to make an informed decision about receiving the vaccines.

Malone also warned against the injections being given to young people: “I have a bias that the benefits probably don’t outweigh the risks in that cohort. But, unfortunately, the risk-benefit analysis is not being done.”

Carlson described Malone as being perhaps “the single most qualified person on planet earth to discuss this subject” given his status as the inventor of the technology behind the injections now being rolled out, and in some cases mandated, to people across the globe.

However, Malone was not targeted merely by YouTube. Just days after the Dark Horse Podcast was released, the Wikipedia entry for “RNA vaccine” was changed, removing him and his role from the article, and thus potentially removing the weight that his warnings about the technology might convey.

An archived version of the site from June 14, 2021, clearly lists Malone as the creator and initial researcher into the technology.

Just two days later, June 16, the site was altered to remove any mention of Dr. Malone in the text of the entry. Instead of detailing his exploits, the entry now states that mRNA technology was discovered by “researchers at the Salk Institute, the University of California, San Diego, and Vical.”

The site was to undergo yet another change, and at the time of writing (July 5), the entry had undergone another substantial alteration, this time mentioning Jon Wolff, a collaborator of Malone’s in 1990, and giving him chief credit for the mRNA research experiments.

Furthermore, the current Wikipedia entry now lists Katalin Karikó as “a scientist behind a key discovery in the development of mRNA vaccines.” As noted by commentators on YouTube, Karikó is, unlike Dr. Malone, a public proponent of the experimental vaccines, commenting to The Guardian in November 2020 on the mRNA vaccine: “I never doubted it would work.”

The 66-year-old biochemist is currently the senior vice president at BioNTech RNA Pharmaceuticals, having been in the position since 2013, and is the head of RNA protein replacement therapies. BioNTech is partnered with Pfizer in developing, producing and distributing the hastily developed, experimental COVID-19 injection.

A marked difference in tone toward the COVID-19 injections can be noticed between Dr. Malone and Karikó. While Malone warned that no one had sufficient information to be able to make an informed decision about taking the vaccine, Karikó hailed mRNA as a potential “a universal platform” for future drugs.

Of that number, VAERS noted that there are 186,196 adverse events for the Pfizer/BioNTech injection, with 2,403 deaths and 16,139 serious events.

Wikipedia has faced criticism for being “a provider of inaccuracy and bias,” according to Joseph Farah, CEO and editor-in-chief of WorldNetDaily (WND). Farah noted that his own bio page was full of inaccuracies, libels, out-of-date information, and puerile insults.

So much has the website become a proponent of left-wing “propaganda” that Wikipedia’s co-founder Larry Sanger is attempting to launch an alternative. He stated that the site “completely ignores any conservative, libertarian, or critical treatment of the subject.”

While the platform did not begin with a left-leaning bias, Sanger explained that a decade ago “as liberals, or leftists made their march through the institutions, Wikipedia became one of those influential institutions. They started their march and basically took it over.”

In October 2020, Wikipedia also banned editors from displaying “user boxes” that would demonstrate opposition to same-sex “marriage” and support for traditional marriage. User boxes supporting traditional marriage were deemed to be “inflammatory or divisive” and promoting “bigotry.”