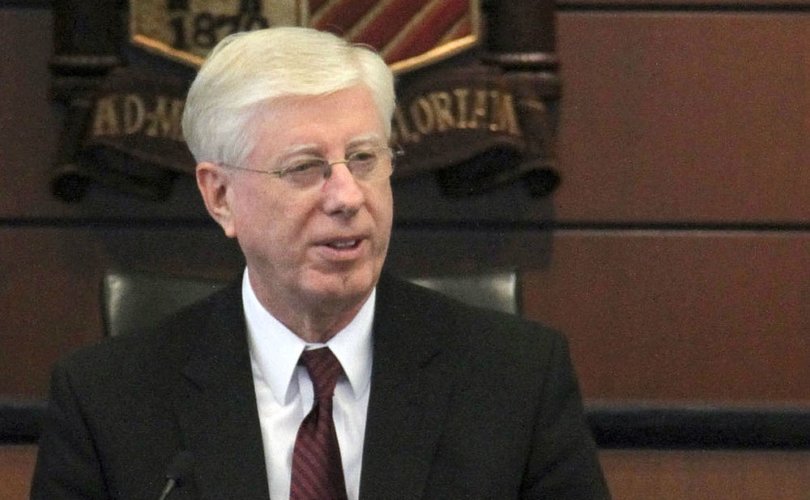 DES MOINES, Iowa, May 16, 2018 (LifeSiteNews) – The Democratic attorney general of Iowa is refusing to defend the state’s new ban on aborting babies with detectable heartbeats, citing his personal opposition to the duly-enacted law.

“Attorney General Tom Miller has disqualified himself from representing the state” in the inevitable court battle over the law, Iowa Solicitor General Jeffrey Thompson announced in a letter Tuesday. “The disqualification is based on the Attorney General's determination that he could not zealously assert the state's position because of his core belief that the statute, if upheld, would undermine rights and protections for women.”

In Iowa, attorneys general are elected separately from governors and are not bound to pursue the same policy goals as the rest of the executive branch.

Iowa Republican Gov. Kim Reynolds signed the law, which is the strongest in the United States, on May 4. It is expected to stop most abortions, starting between 6-8 weeks, with exceptions for rape, incest, fetal abnormalities, and threats to a mother’s life. Reynolds subsequently vowed to defend the law, declaring it a “fight worth having, and pro-life lawmakers see it as an opportunity to challenge Roe v. Wade.

This week, Planned Parenthood and the American Civil Liberties Union (ACLU) fileda lawsuit to prevent it from taking effect on July 1, citing Roe. Thomas More Society and the Liberty Counsel have both offered to defend the law pro-bono.

“We commend Attorney General Tom Miller for standing up for a woman’s right to control her own body, and decide for herself whether and when to become a parent,” Planned Parenthood executive vice president Dawn Laugens said in response to the news. “Not only is this ban blatantly unconstitutional, it’s also extremely harmful to women.”

But the announcement will not leave the heartbeat law defenseless. Thompson’s letter recommends that the state accept Thomas More Society’s offer to represent the state, and the pro-life law firm has agreed.

The U.S. Supreme Court is unlikely to uphold the heartbeat law and overturn Roe v. Wade under its current membership. But, pro-life leaders such as Rep. Steve King, R-IA, have argued for enacting similar laws anyway because it takes more than a year for a state law to reach the court, by which time many expect President Donald Trump to have appointed another pro-life justice, securing a clear pro-life majority.