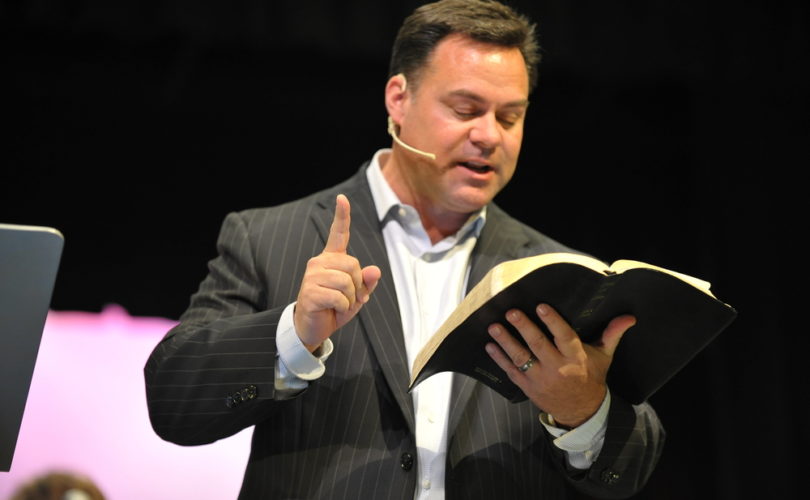 DES MOINES, July 5, 2016 (LifeSiteNews) – The government has no right to require a church to allow biological men to use the women's showers in its building, even if that takes place during one of its peripheral ministries, a Des Moines church says in a legal complaint filed on the Fourth of July.

The Fort Des Moines Church of Christ challenged the Iowa Civil Rights Commission's view that the church's First Amendment privileges end if the building is not engaged in a worship ceremony, according to the Alliance Defending Freedom, which is representing the church.

“The Iowa Civil Rights Commission interprets the Iowa Civil Rights Act” for public accommodations in such as way as “to force churches to allow individuals access to church restrooms, shower facilities, and changing rooms based on his or her gender identity, irrespective of biological sex,” the church's legal complaint states.

In a pamphlet asking if its rulings apply to churches, the commission replied, “Sometimes.”

“Where qualifications are not related to a bona fide religious purpose, churches are still subject to the law’s provisions. (e.g., a child care facility operated at a church or a church service open to the public),” the commission wrote.

Enforcing the government's understanding of gender identity would “compel the church to speak a message that violates its religious beliefs” and “forces the church to engage in self-censorship,” according to the legal brief.

The church, which holds several outreach programs on the premises that are not formal worship services, says this could have a chilling effect on the most cherished freedoms.

“The language of the Act and the City Code are broad enough to include within that prohibition sermons, theological expositions, educational speeches, newsletters or church worship bulletin text, or other statements from the Church and its leaders,” its complaint says.

“Churches should be free to teach their religious beliefs and operate their houses of worship according to their faith without being threatened by the government. That is a foundational First Amendment principle,” said ADF Legal Counsel Christiana Holcomb. “One can hardly imagine a more obvious unconstitutional invasion of the state into the internal affairs of the church.”

The case is a “pre-enforcement challenge,” which was filed before a government or regulatory body took punitive action against a church.

“Americans, including church leaders, have the right to challenge unjust laws. We don’t have to be punished or thrown in jail before we seek justice,” said ADF Senior Counsel Steven O’Ban. “The government should never have the unchecked power to violate foundational, constitutionally protected freedoms.”

The Obama administration sued a Detroit-area parochial school, demanding the right to declare certain Christian “ministers” no different than secular school teachers, subject to government regulation. That would have allowed the Obama administration to accuse religious schools of violating civil rights laws for refusing to hire transgender teachers.

The Supreme Court, including two Obama appointees, unanimously voted in favor of the church school in Hosanna v. Tabor.

The church is asking that the Iowa law be declared unconstitutional.

Houston mayor says pastors do not have to turn over their sermons after all
UPDATED: Supreme Court unanimously shoots down Obama admin in religious freedom case