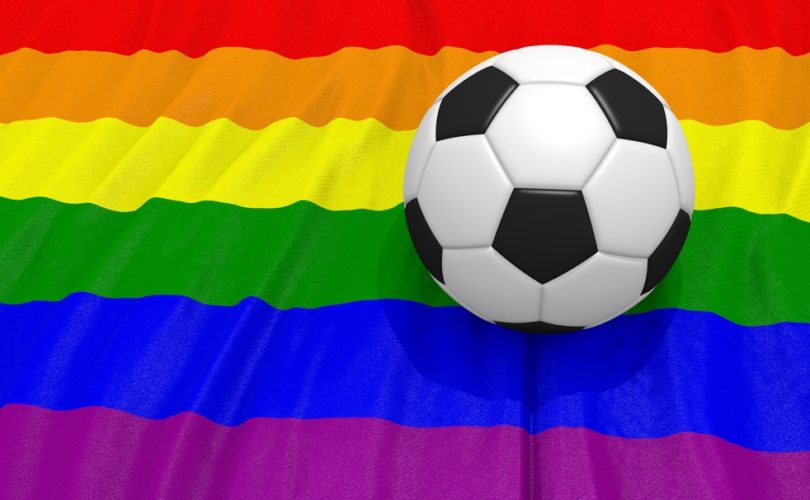 “This bill is not about discrimination. This bill is about protection,” said Republican state Rep. Skyler Wheeler of the measure, the Des Moines Register reports. “Ladies and gentlemen of the House, it’s simple: Girls should not be sidelined in their own sports.”

An earlier version of the bill only covered kindergarten through high school, but it was amended Monday to include both public and private colleges. Companion legislation is currently pending before the Republican-controlled state Senate that applies to all of those categories except private colleges.

It remains to be seen whether the discrepancy will be a point of contention between the two legislative chambers, but Iowa Republican Gov. Kim Reynolds is expected to sign it into law. Previously she called on the legislature to take action on the issue, without committing to specific language before reading it.

Conservatives argue that indulging transgender athletes in this way undermines the rational basis for gendered athletics and deprives female athletes of recognition and professional or academic opportunities. Scientific research affirms that physiology gives males distinct advantages in athletics, which hormone suppression does not suffice to cancel out.

Apart from questions of competitive advantage, critics point out that forcing female athletics to accommodate gender-confused males also forces needless unrest and privacy infringements on actual women and girls, by forcing them to share showers and changing areas with individuals such as University of Pennsylvania swimmer Lia Thomas, who maintains he has “transitioned” to female yet retains male genitalia and reportedly remains attracted to women.