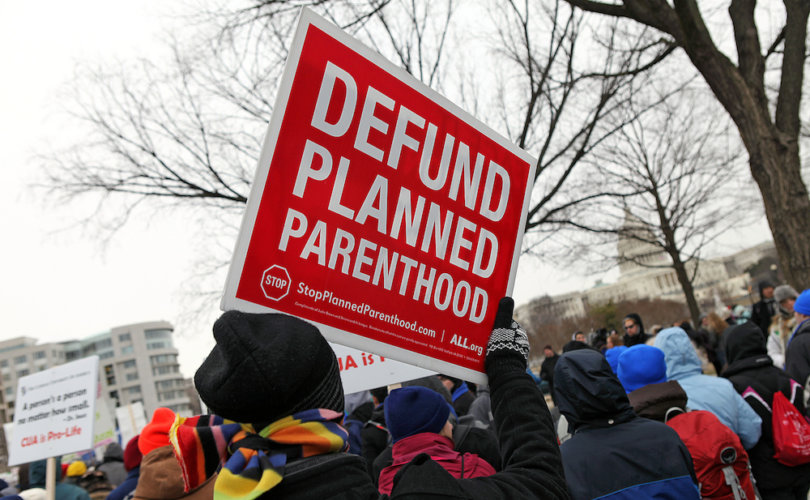 DES MOINES, Iowa, April 21, 2017 (LifeSiteNews) – The Iowa House of Representatives and the state Senate voted this week to deny $400,000 to 12 Planned Parenthood clinics in the state and redirect patients to other federally-qualified community health facilities.

The $1.77 billion health and social service budget was passed earlier this week by the Republican majority in the House and on Thursday night by the state Senate in a 28-21 vote along party lines. Gov. Terry Branstad is expected to sign off on it.

The bill does not specifically exclude Planned Parenthood, but it denies state family planning funds to organization doing abortions. Because Medicaid spending in this area is tied to state allocations, the defunding will cost the state nearly $3 million in federal money.

Republican Sen. Amy Sinclair promised that healthcare would still be provided “in a way that is balanced with the needs and the concerns and the conscientious objections of those taxpayers that we represent who frankly are offended to their very soul by the intentional and unnecessary termination of the life of another human being.”

The Catholic Conference of Iowa noted that, while none of the money that went to Planned Parenthood was earmarked for abortion, it helped pay for the entire operation, which does perform abortions.

“We believe that public funds should not subsidize the abortion business when there are many other healthcare providers available,” the Catholic Conference of Iowa said. “Abortion is a direct assault on human life and dignity, and abortion clinics do not provide a wide continuum of medical care.”

Republicans listed 47 federally qualified health centers and 170 rural health clinics that those patients can use instead.

But Planned Parenthood of the Heartland spokeswoman Rachel Lopez said the Republicans “should be ashamed of themselves. They are playing political games, with the lives of low-income Iowans at stake.”

“Patients, not politicians, should decide how and where they receive their medical care,” Democratic Rep. Beth Wessel-Kroeschell said. “Stop playing politics with the health of Iowans. Stop the ideological train and fund the programs that are important to Iowa’s most vulnerable citizens.”

This is the first time in decades, according to Jenifer Bowen, the head of Iowa Right to Life, that the state has had a pro-life Senate, House, and governor at the same time. “It’s been great to watch them work,” she told LifeSite News. “Americans are just sick and tired of bankrolling the abortion industry.”

A pro-life law banning most abortions after 20 weeks is awaiting Senate approval in Iowa.