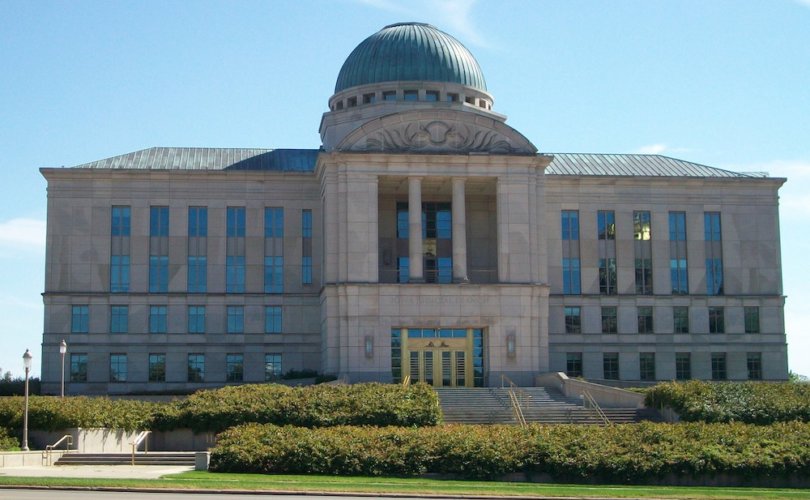 March 13, 2019 (LifeSiteNews) – When the Iowa Supreme Court ruled Friday that the state must allow gender-confused residents to obtain “gender-reassignment” treatments at taxpayer expense, one of the jurists on President Donald Trump’s short list to join the U.S. Supreme Court endorsed the decision.

At issue was the state Department of Human Services (DHS) excluding transition-related surgeries from Medicaid by classifying them as “cosmetic, reconstructive or plastic surgery.” Last Friday, the court issued a ruling written by Justice Susan Christensen claiming the department’s policy was discriminatory.

Christensen wrote that an amendment to the Iowa Civil Rights Act of 2007 specifically added “gender identity” as a protected criteria, and that Medicaid already covers certain cosmetic or reconstructive surgeries for other purposes, such as “Revision of disfiguring and extensive scars resulting from neoplastic surgery” or “Correction of a congenital anomaly.”

Assistant Attorney General Matthew Gillespie tried to argue that the policy wasn’t about transgenderism, but the infeasibility of covering costly procedures for psychological rather than physical purposes. “The department has a limited number of funds,” he argued. “We're limited in what we can cover and what we can do.”

None of the justices sided with him, however. “All justices concur except (Christopher) McDonald, J., who takes no part,” the ruling stated. Among the concurring justices was Edward Mansfield, who is one of the 25 names on Trump’s short list for the next Supreme Court vacancy.

The Iowa Civil Rights Act classifies “gender identity” as a protected characteristic in public accommodations, and the court ruled that DHS qualifies as a “public accommodation” (which DHS disputed). Whether that interpretation was correct or erroneous, Mansfield believing he was bound by a duly-enacted statute he may or may not personally favor doesn’t necessarily signal a pro-transgender bias he would carry to the U.S. Supreme Court (additionally, he dissented from the court’s June 2018 ruling striking down a 72-hour abortion waiting period).

Whatever the truth behind Mansfield’s vote, it further underscores the importance of thoroughly vetting judicial nominees before confirming them to a lifetime seat on the nation’s highest court.

Pro-life activists have long complained about the number of Republican-appointed justices, such as John Roberts, Sandra Day O’Connor, Anthony Kennedy, and David Souter, who went on to rule as liberals on the bench. Many believed the input of the conservative Federalist Society on the selection process would mitigate the problem, leading most major pro-life voices to support Brett Kavanaugh’s nomination last fall despite concerns about his devotion to judicial precedent and its implications for Roe v. Wade.

Since joining the court, Kavanaugh has given mixed signals on life-related cases. In December, he joined the court’s liberals in declining to hear appeals from Kansas and Louisiana defending their efforts to cut off Medicaid funds to Planned Parenthood. Last month, he voted with the conservative minority to let Louisiana’s admitting privileges law take effect, but his dissent was largely technical and appeared to lend credence to the “undue burden” standard from previous pro-abortion rulings.

Last month, several conservatives attacked freshman Sen. Josh Hawley, R-Missouri, for withholding his support for Trump’s D.C. Circuit appeals court nominee Neomi Rao over concerns about her legal and abortion views. “This is why we are doing our due diligence,” he said. “I am only going to support nominees who have a strong record on life.” Hawley later decided to support Rao after what he calls a “very, very thorough” meeting with the nominee.

Another jurist on Trump’s short list also ruled in a recent case of interest to LifeSiteNews’ readers, this time siding with conservatives. Raymond Kethledge joined the Sixth Circuit Court of Appeals’ majority decision Tuesday allowing Ohio to deny federal health dollars to abortion organizations. Kethledge lacks a substantial paper trail on social issues but is considered a textualist who served as Judiciary Committee counsel for Sen. Spencer Abraham while the Michigan Republican was working to ban partial-birth abortion.