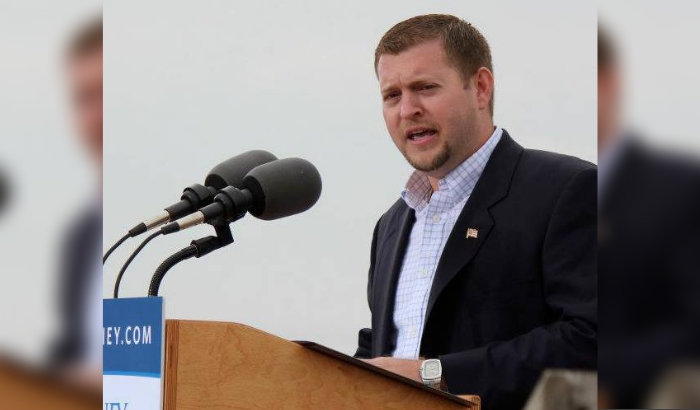 Republican state Sen. Jake Chapman introduced the constitutional amendment declaring there is no 'right to abortion.'

DES MOINES, Iowa, February 7, 2019 (LifeSiteNews) – Pro-life lawmakers in the Iowa legislature are rallying around a proposed constitutional amendment that would assert there is no “right” to abortion in the state constitution, limiting judges’ ability to thwart pro-life state laws.

A Senate subcommitee voted 2-1 Wednesday to advance the amendment.

The amendment, introduced by Republican state Sen. Jake Chapman and backed by more than half the members of the state Senate, simply says that the Iowa Constitution “does not secure or protect a right to abortion,” the Associated Press reports. That would ensure that future pro-life measures could not be declared unconstitutional at the state level.

“The notion that a woman has a right to an abortion under Iowa’s constitution gravely misinterprets our state’s constitution,” Chapman argued. His amendment would solve the problem by “put[ting] the responsibility back onto the legislative body. We are the ones who are going to make the determination of what should or should not be.”

The amendment would not protect pro-life laws from being struck down by federal judges under Roe v. Wade, but it’s part of broader efforts on both sides to prepare for the possibility of the Supreme Court overturning Roe and restoring states’ power to vote on their own abortion policies.

“When the Supreme Court overturns Roe v. Wade, with a constitutional amendment the people and their elected representatives would be able to again decide the issue rather than the state courts in Iowa,” Americans United for Life senior counsel Clarke Forsythe told the AP.

Last July, Save the 1 founder and president Rebecca Kiessling explained to LifeSiteNews that pro-abortion activists have begun changing their legal strategies to invalidate pro-life laws under state constitutions rather than national precedent, for the purpose of insulating their victories from any future changes at the U.S. Supreme Court.

“This happened not just in Iowa, it happened in North Dakota several years ago, this is happening in Minnesota,” she warned. “Planned Parenthood, as a strategy, preparing for Roe v. Wade to be potentially overturned, has been filing cases in state court, in pro-life red states that are passing abortion regulations…and they have been getting reasonable regulations overturned which would be upheld by the U.S. Supreme Court, and they’re finding a broader right to abortion under state constitutions.”

In recent years Alabama, Tennessee, and West Virginia have amended their own constitutions with similar language clarifying they contain no “right” to abortion.

The Iowa amendment must next pass a full committee hearing, then two consecutive legislative sessions before ultimately being voted up or down by voters. Democrat state Sen. Claire Celsi lamented to KCCI that proponents of the pro-life measure “have the votes and they have the governor's support.”