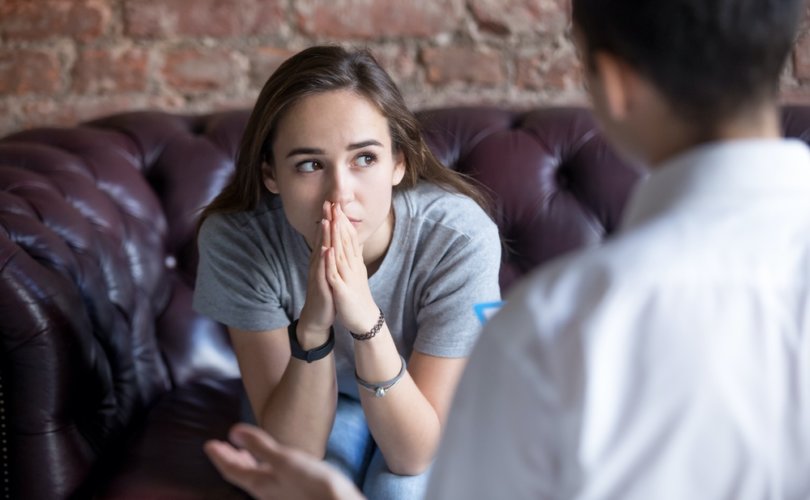 DES MOINES, Iowa, June 24, 2020 (LifeSiteNews) – Planned Parenthood and the American Civil Liberties Union (ACLU) have filed a lawsuit against a new law in Iowa that requires mothers to wait at least 24 hours after their initial appointment before getting an abortion. As reported by KCCI 8 News, the law, which was passed earlier this month, also requires mothers to view an ultrasound of their baby and receive adoption information.

The legislation was made public on the evening of June 13, a Saturday, and pushed through by Republicans in the early hours of June 14, a Sunday. While Democrats criticized this strategy, Republican Rep. Shannon Lundgren said, “We’re always thinking ahead and thinking about how we can advance the life movement in the state of Iowa.

Instead of killing an unborn child right away, the short waiting period allows mothers to rethink their initial decision.

On Tuesday, the ACLU and Planned Parenthood filed a lawsuit, trying to block the law from going into effect on July 1. According to the ACLU press release, “The additional appointment creates an unnecessary burden for all Iowans seeking this care, but is especially challenging for those who need to navigate financial, transportation, work, and child care barriers.”

Erin Davison-Rippey said, “Many of our patients must drive four or more hours one-way for abortion services, so this legislation will only create more hurdles to getting care. It’s already hard enough for many Iowans to access abortion services, especially in the middle of a global pandemic. This is clearly a political ploy to create barriers to sexual and reproductive health care in Iowa.”

Abortion access, however, had not been severely limited in Iowa. In fact, Republican Gov. Kim Reynolds had attempted to ban nonessential surgical abortions in an effort to conserve personal protective equipment amid the coronavirus pandemic. This attempt was corrected a few days later, when abortionists and the government agreed to continue to allow abortions on a case-by-case basis.

Reynolds’ spokeswoman still touted the compromise as a success, claiming the governor was “pleased that her proclamation remains in full effect and that surgical abortions will not be exempted from this suspension of non-essential and elective surgeries.”

In 2018, the Iowa Supreme Court struck down a law similar to the new one. The law had required mothers to wait a full three days before getting an abortion. As in 2020, the ACLU and Planned Parenthood had filed a lawsuit, claiming the law was both unconstitutional and medically unnecessary.

Prior to that, in 1992, the U.S. Supreme Court had upheld the constitutionality of a 24-hour waiting period in Planned Parenthood v. Casey, ruling that it “rationally furthers the State’s legitimate interest in maternal health and in unborn life.” Thus, it is more likely for the courts to also uphold the current Iowa law requiring mothers to wait 24 hours before any abortion.