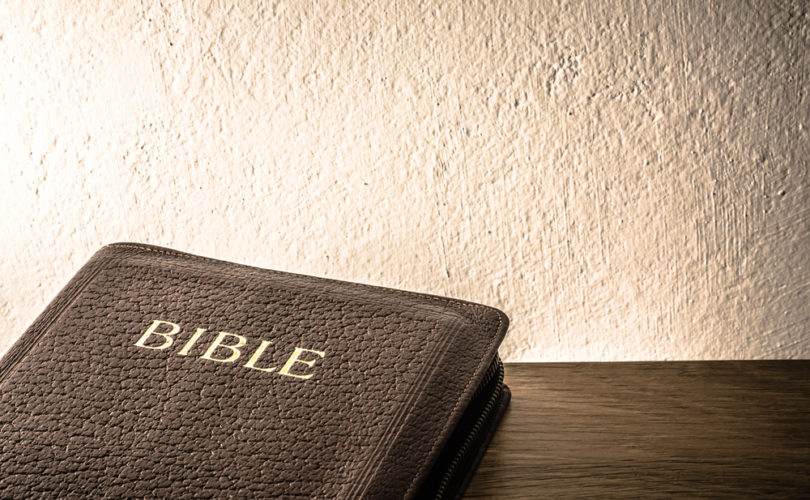 LONDON, England, March 22, 2019 (LifeSiteNews) ― The UK’s immigration department has agreed to withdraw their refusal of asylum to an Iranian Christian convert.

According to immigration caseworker Nathan Stevens, the Home Office has offered the refugee and his team “a chance to submit further representations.”

Earlier this week, the Home Office had refused the unnamed Iranian Christian’s 2016 application for asylum with a letter containing what Stevens called an “unbelievably offensive diatribe” against the applicant and the Christian faith.

It is illegal in Iran for Muslims to convert to Christianity, and those who do so may be fined, whipped, imprisoned, or even executed. The Home Office, however, objected to the Iranian national’s statement that he had converted to Christianity because it is a peaceful religion.

“In Islam, there is violence, rage and revenge,” the refugee submitted. “In Christianity in the contrary, it is talking about peace, forgiveness and kindness.”

“Consideration has first been given to the Bible,” responded the Home Office official, who then proceeded to cite random verses from Leviticus, the Gospel according to Matthew, Exodus and Revelations.

“These examples are inconsistent with your claim that you converted to Christianity after discovering it is a ‘peaceful’ religion, as opposed to Islam, which contains violence rage and revenge,” the unnamed official stated.

Upon reading the refusal, Stevens posted photographs of the remarks on Twitter.

“Whatever your views on faith, how can a government official arbitrarily pick bits out of a holy book and then use them to trash someone’s heartfelt reason for coming to a personal decision to follow another faith?” he asked.

Stevens later revealed that this uninformed approach is not new to the Home Office. In an refusal he read two years ago, an official rejected another Iranian convert to Christianity, saying:  “You affirmed in your (application) that Jesus is your saviour, but then claimed that He would not be able to save you from the Iranian regime. It is therefore considered that you have no conviction in your faith and your belief in Jesus is half-hearted.”

Fiorella Nash of the UK’s Society for the Protection of the Unborn (SPUC) told LifeSiteNews that this is not an isolated case.

“I campaigned for an asylum seeker years ago who was also a (Christian) convert from Islam, so I saw firsthand what was happening,” she said via Skype.

“I was absolutely appalled, and the whole system’s completely flawed, “ Nash continued.

Nash also helped advocate for a Chinese family that had fled to the UK because of China’s one-child policy. They were underground Catholics, and the mother had already undergone two forced late-term abortions that had left her traumatized.

“The Home Office showed itself completely clueless on the subjects of the underground Church, population control, and post-abortion trauma,” Nash said.

Horrified by the abuse of claimants within the UK’s asylum system, the campaigner drew upon her experiences helping Christian refugees for her anti-euthanasia novel, written under the name Fiorella de Maria, Do No Harm.

“Their level of expertise was to cherry-pick parts of the Bible,” she scoffed. “I find it a bit odd, really, as a way of going about things.”

The SPUC campaigner noted also that the letter had thought he could express a high level of contempt for Christianity and still get away with it.

“He was spiteful enough to turn his obvious hatred for Christianity (on) someone who was so intensely vulnerable,” she said.

Nash believes that the Home Office looks for any excuse to turn asylum seekers down and told LifeSiteNews that, contrary to the popular belief that Britain is being inundated with refugees, most of them are rejected. She knows of a case in which an applicant was rejected because a Home Office official, who ruled that guerillas were not dangerous, had not known the difference between “guerilla” and “gorilla.”

“The lives of some of the most vulnerable people are in the hands of individuals who have no understanding of the complexities of the situation these people are in and frankly do not have the education or intelligence, evidently, to do the research,” she continued.

The Home Office told the UK’s Independent newspaper that the letter sent to Stevens’ client was “not in accordance” with its policies regarding claims based on religious persecution and that “it was working to improve the training provided to decision-makers on religious conversion.”