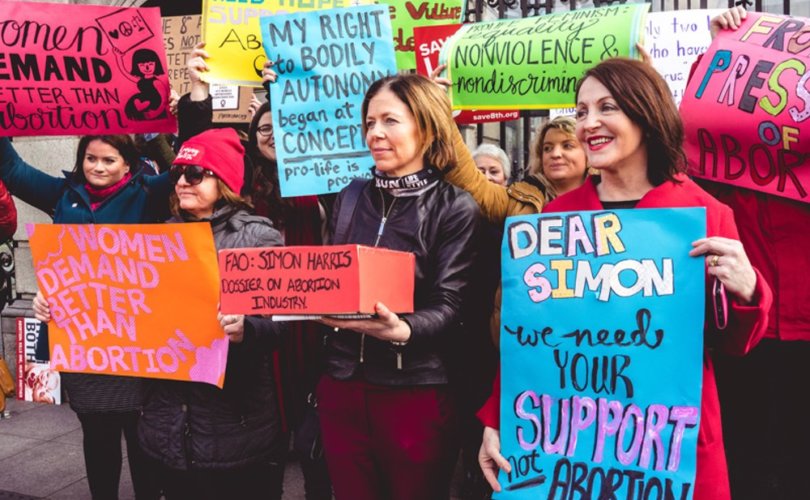 March 29, 2018 (LifeSiteNews) – In just under two months, Irish voters will go to the polls to decide whether to keep the country’s constitutional ban on abortion.

May 25 has been finalized as the date for a national referendum on whether or not to repeal the Irish Constitution’s 8th Amendment, The Associated Press reports.

Prime Minister Leo Varadkar supports repeal, as does much of Irish media, but the public’s support remains a question mark. A Red C poll for the Sunday Business Post found that support for repeal dropped from 60% in January to 56% this week, making it conceivable public opinion could drop to half or below over the next two months.

“One trend is clear both in polling, and from our experience talking to real voters – the more the public find out about this abortion proposal, the less they like it,” Save the 8 campaign spokeswoman Niamh Uí Bhriain said. However, she warned, “there is much more work for us to do to make sure voters are informed about the consequences of a yes vote on May 25.”

Among those consequences, repeal of the 8th Amendment would clear the way for already-drafted legislation to legalize abortion in the first trimester of pregnancy, subject to a 72-hour waiting period. It would also allow later abortions in cases of risks to a mother’s life or health, or fatal fetal abnormalities. But, pro-lifers have raised concerns that in practice “fatal foetal abnormality” and “mental health” would be defined broadly enough to authorize far more abortions.

The pro-life group Save the 8th says that a March 10th rally to keep the amendment saw as many as 100,000 attendees, which the group called evidence that the referendum has provoked a pro-life “sleeping giant.”

“These huge numbers are a rising of the people against the media and political elites and against the powerful international abortion industry who have poured millions into a campaign attacking our pro-life laws,” Uí Bhriain declared. “Ireland is at a defining point in our history, and we are challenging the people to reject the abortion industry and to demand a better answer for mothers and babies.”

Former Irish Prime Minister John Bruton has also called on the country to reject the referendum, saying that while the country’s constitutional protection for the preborn was something of a global anomaly, it was a difference from other countries “we should be proud of.”

“To arbitrarily say that, after whatever number of weeks, it’s OK to suppress that life is just not in accordance with the values of charity towards the weak in our communities that have exemplified the Irish over the last many centuries,” he added.