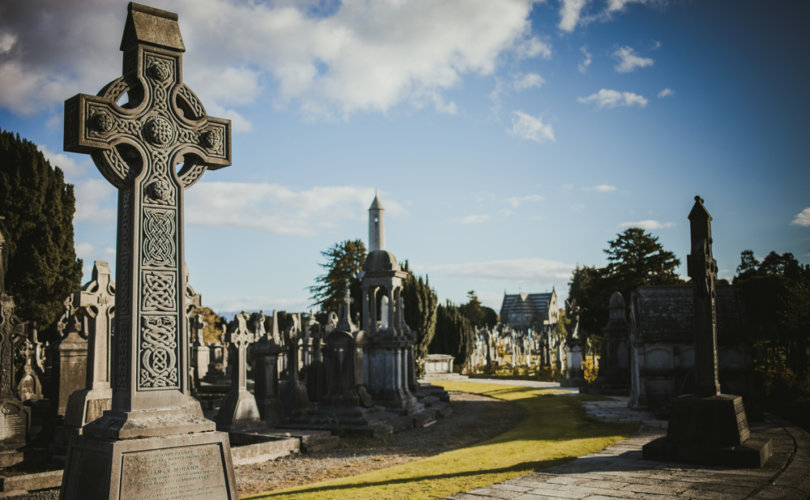 (LifeSiteNews) — St. Patrick’s Seminary in Maynooth, Ireland, has announced that only four men have joined the country’s only diocesan seminary in 2021 in what is believed to be the lowest number since the seminary’s foundation in 1795.

The four, who all completed a propaedeutic year of initial formation in Spain, joined 22 other current seminarians last month in Maynooth to commence their academic studies in philosophy and theology.

Eight of Ireland’s 26 dioceses have no seminarians in Maynooth, the country’s one remaining diocesan seminary, with the Archdiocese of Dublin among the most notable of those lacking future priests, despite having the largest Catholic population in Ireland.

Changes to priestly formation in Ireland this year, prompted by the Vatican’s 2016 Ratio Fundamentalis Institutionis Sacerdotalis, mean many prospective seminarians are now accompanied in a one or two-year discernment process by vocations directors before possible acceptance to a propaedeutic seminary year in Spain.

LifeSiteNews has been informed that the new process of discernment could partially account for the record low number of new seminarians entering formation in Maynooth this year, but a pattern of decline in vocations had long been acknowledged.

No less than eight diocesan seminaries have closed in Ireland since 1993 due to the steady erosion of the Catholic faith and vocations across the island.

St. Patrick’s Seminary and Pontifical College in Maynooth had indeed been plagued by scandals for years, with former president Micheál Ledwith laicized by Pope Benedict XVI in 2005 after accusations were made he had sexually abused one boy and another seminarian in the 1980s.

The 2016 dismissal of a whistleblower seminarian who reported homosexual activity, along with several other instances of sexual deviancy by certain seminarians, prompted the Archdiocese of Dublin to abandon Maynooth that year and send their few seminarians to the Irish College in Rome, which itself ceased functioning as a seminary in June 2020.

With a new archbishop, Dermot Farrell, now at the helm in Dublin, it remains to be seen if he will send any future seminarians back to Maynooth, a seminary and college he presided over after acting as executive assistant to Ledwith.

One Irish priest speaking to LifeSiteNews recounted the ban on seminarians kneeling during the consecration, which was implemented by authorities in Maynooth for several years.

The ban, which saw three men who insisted on kneeling at the Consecration expelled as a result, was eventually lifted after a 2011 Apostolic Visitation to the seminaries ordered by Pope Benedict XVI.

Fr. Sean Mulligan, who studied for the priesthood in Maynooth, told LifeSiteNews that recent personnel changes in the seminary have apparently improved the situation for orthodox seminarians.

“It has improved a bit from the feedback I’ve gotten from current seminarians,” Fr. Mulligan of the Diocese of Clogher told LifeSiteNews. “Some feel they still have to keep their heads down in terms of showing their orthodoxy, but it seems to have turned a corner in terms of personnel.”

“From 2008 to 2010 when I was in Maynooth, I remember formation meetings where you simply couldn’t be open and honest for fear of being kicked out – you kept your head down to survive,” he explained. “When you put yourself forward, it was almost as if they were looking for a way to catch you out in order to tell your bishop you weren’t suitable.”

“Three seminarians were kicked out because they knelt at the Consecration, which we weren’t allowed to do for years. Those three joined orthodox orders after being expelled by the seminary and their bishops, and now they’re bearing fruit abroad,” Fr. Mulligan said. “Some formators would tell you they think very highly of you, writing very good reports, but then in private they told my bishop on the phone that I was unsuitable — they weren’t happy that I didn’t take up their suggestion of joining an order.”

“One smiled as he told me the bishop had agreed I should be kicked out of formation with the diocese.”

Fr. Mulligan was more positive about the now-closed Irish College seminary in Rome, however.

“The Irish College in Rome, where I went from 2014 to 2017, was much better — you could be yourself with certain formators, spiritual directors and the president, so I can’t say a bad word about the staff that were there. We could be orthodox there and it wasn’t a problem. They wanted you to be a priest,” he said.

“The fact you wanted to go to Adoration and uphold the Church’s teachings wasn’t an issue, but that was an issue in Maynooth,” the priest continued. “In my opinion, it was the Irish College that should have remained opened and Maynooth closed — the bishops made a big mistake in that regard, I think.”

While certain dioceses struggle to carve out a future for their parishes, the picture is not so bleak among several religious orders in Ireland. The Dominicans in particular are experiencing a steady flow of vocations each year among young men attracted to their life of prayer, preaching, and study.

Four novices took the habit last month at the Dominican Priory in Cork City, bringing the total number of men in formation with the Irish province to 16.

Commenting on the vocations crisis affecting Irish dioceses, the Catholic Association’s Brian Flanagan told LifeSiteNews that Irish bishops could look to the example of orthodox dioceses and orders in countries like France and the United States if they want solutions.

“As is generally well known, dioceses around the world which are led by bishops faithful to Church tradition and orthodoxy seem to have little problem with vocations,” Flanagan said. “It seems to me that the Irish Church has been led for the past 50 years by many bishops deeply affected by modernism and secular humanism. A certain section of the Church in Ireland would appear to prefer no seminarians rather than having orthodox ones.”

“In fact, the status quo reminds me of a quip attributed to Stalin: ‘I don’t care if there are only two people left alive when the struggle is over — as long as they are both Communist.’”