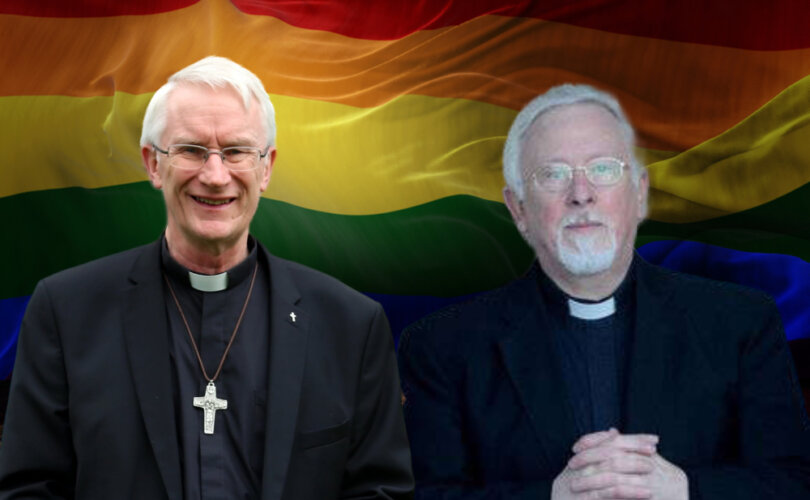 LISTOWEL, Ireland (LifeSiteNews) – A Catholic bishop in Ireland has apologized for a priest’s public condemnation of contraception, abortion, homosexuality, and the “lunatic approach of transgenderism,” saying that the priest’s words “do not represent the Christian position.”

Father Sean Sheehy delivered a sermon over the past weekend while filling in for the parish priest of St. Mary’s Church in Listowel Parish, in the Diocese of Kerry.

In his comments, which have since spread widely on social media, the priest spoke out boldly on issues such as contraception, abortion, and the promotion of sodomy and same-sex activity.

“What is so sad today is that you rarely hear about sin, but it’s rampant,” stated Sheehy. “It’s rampant.”

This video from St Mary’s Church in Listowel is absolutely shocking…. pic.twitter.com/VYHu3Ktc3d

The priest listed the numerous ways in which Irish society is being undermined, particularly regarding the family:

Sheehy expounded on the necessity to deliver such statements, saying that God has handed down “a responsibility to seek out those who are lost.”

“You have a responsibility to call people to an awareness of the fact that sin is destructive, sin is detrimental, and sin will lead us to hell,” Sheehy told the congregation.

He noted that people have to “admit you’re a sinner” in order to then “repent” and seek “forgiveness” like the saints.

“There are people who won’t like to hear what I’m saying,” Sheehy observed, “but the day you die you will find out that what I’m saying is not something I came up with, but is what God is saying.”

“How will people know what God wants them to know if we won’t tell them?” he questioned. “How will people who are lost, be found, if we as God’s people don’t call them?”

Sheehy recounted the example of a mother, whose 17-year-old daughter was reportedly handed a condom on the streets by staff from Ireland’s health service.

“That is promoting promiscuity. That is horrible, horrible,” said Sheehy. “So as Christians, we need to stand up for God. If we don’t, then there is no hope for many people.”

At this point of the homily, members of the congregation had begun to leave. The Independent reported that around 30 people left the church in protest at the homily.

Sheehy responded to their departure, saying “to those of you who happen to be leaving today, God help you. That’s all I have to say to you. And God bless you who are here and worshiping God.”

“I am aware of the deep upset and hurt caused by the contents of the homilies in question delivered over the weekend,” began Browne. “I apologize to all who were offended.”

The bishop further falsely stated that Sheehy’s views were not Catholic. “The views expressed do not represent the Christian position,” he declared. “The homily at a regular weekend parish Mass is not appropriate for such issues to be spoken of in such terms. I regret that this has occurred while a parish pilgrimage to the Holy Land is taking place.”

‘The views expressed do not represent the Christian position’ Bishop Browne

Not sure which church + Browne belongs, but its not the Catholic Church https://t.co/RFTOmi0qwb

Continuing, Browne argued that “the Gospel of our Lord and Savior Jesus Christ is a Gospel of love and ever proclaims the dignity of every human person.”

This meant that “it calls on us all to ever have total respect for one another,” he said, while not outlining what form such respect this would take – whether it be political or spiritual.

Catholic teaching on abortion and homosexuality

However, Browne’s depiction of Sheehy’s condemnation of abortion and homosexuality as not representing “the Christian position” is in direct contradiction to Catholic teaching.

The Catechism of the Catholic Church (CCC) #2271 teaches about abortion that: “Since the first century the Church has affirmed the moral evil of every procured abortion. This teaching has not changed and remains unchangeable. Direct abortion, that is to say abortion willed either as an end or a means, is gravely contrary to the moral law.”

Cardinal Raymond Burke, former Prefect of the Apostolic Signatura, gave an interview in September 2020, referring to pro-abortion Joe Biden, saying that “a Catholic may not support abortion in any shape or form because it is one of the most grievous sins against human life, and has always been considered to be intrinsically evil.”

The CCC also states in #2357, with regard to homosexuality, that: “‘Homosexual acts are intrinsically disordered.’ They are contrary to the natural law. They close the sexual act to the gift of life. They do not proceed from a genuine affective and sexual complementarity. Under no circumstances can they be approved.”

While Browne attacked Sheehy’s homily by referring to a defence of the “dignity” of man, the Congregation for the Doctrine of the Faith’s 1975 document, Persona Humana, has previously noted “there can be no true promotion of man’s dignity unless the essential order of his nature is respected.”

In his first letter to the Corinthians, St. Paul states that homosexual actions are sinful, explaining that “neither fornicators, nor idolaters, nor adulterers,” nor homosexuals will “inherit the kingdom of God.” According to his letter to the Romans, those who practice homosexuality will receive “in their own persons the due penalty for their error.”

LifeSiteNews contacted the bishop seeking further comment, and asking if he did not consider abortion or homosexual acts to be sinful. This report will be updated upon receipt of a reply.