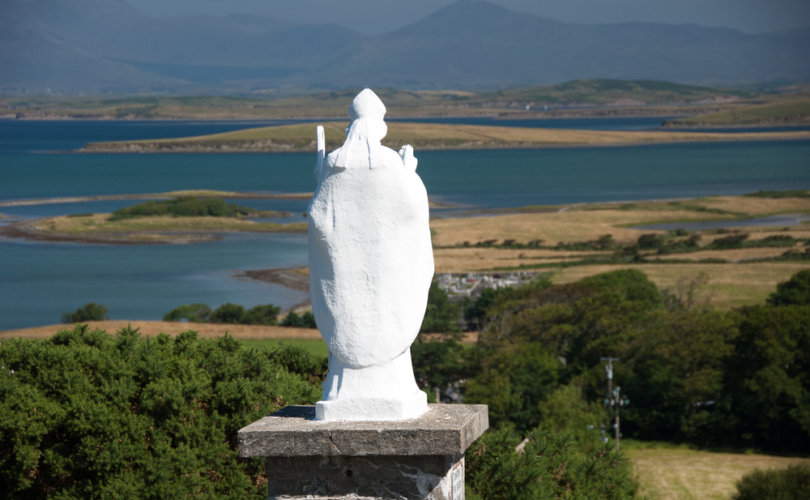 DUBLIN, Ireland, March 17, 2021 (LifeSiteNews) — A 2020 proposal to alter the law in Ireland and allow assisted suicide is making its way through the formerly Catholic country’s legislature, drawing the fury of the Irish Bishops’ Conference, which called the legislation “fundamentally flawed” and a “failure of compassion.”

The March 11 letter from the bishops was written in response to the so-called Dying With Dignity Bill currently being considered by the Dáil Éireann, the lower house of Ireland’s legislature, or Oireachtas. The bill, if passed, will allow doctors to “provide assistance to a qualifying person to end his or her own life.”

In order to be a “qualifying person,” one must be a resident of Ireland over the age of 18 and terminally ill, be able to express “a clear and settled intention” to end one’s own life, and sign “a declaration to that effect.”

The bill defines terminally ill as “having an incurable and progressive illness which cannot be reversed by treatment, and the person is likely to die as a result of that illness or complications relating thereto.” Critics of the bill note that the expression “likely to die” does not clearly stipulate a limited timeframe, opening up the possibility of interpreting the phrase very broadly.

Other contentious aspects of the bill that have drawn consternation include the mere 14-day waiting period between a request for lethal medication and its delivery, and the lack of a requirement for a second medical opinion, both of which would make procuring assisted suicide easily and swiftly accessible.

The bishops scorched the proposal, declaring it to be “at odds with the common good.”

“This bill is fundamentally flawed. It cannot be repaired or improved, and we call on Catholics to ask their elected representatives to reject it entirely,” they added.

They also pointed out proponents of the bill contradicted themselves by, on the one hand, wanting to say human life has dignity, but, on the other, being willing to take the lives of innocent men and women, many of whom are vulnerable: “Human dignity belongs to every person by virtue of his or her human nature. Terminal illness does not take away that dignity.”

The bishops went so far as to say that “in our experience, the inherent dignity of the person often shines through under those difficult circumstances.”

Continuing, the prelates observed that this bill is fittingly described as assisted suicide “because it involves one person taking his or her own life, with the active participation of another.”

“We believe that every life has an inherent value, which should be endorsed by society. This bill, if passed, would be a sad reflection of the unwillingness of society to accompany people with terminal illness. It would reflect a failure of compassion.”

The bishops recognized a tendency among countries which have previously enacted assisted suicide laws for terminal patients to quickly extend those provisions to other vulnerable people, like those suffering from physical and intellectual disabilities, the elderly, “and even minors who, in other circumstances, would not be considered capable of giving legal consent.”

“Once it is accepted in principle, that one person may participate actively in ending the life of another, there is no longer any logical basis for refusing this same option to any person who feels that life is no longer worth living.”

Additionally, doctors and nurses “whose vocation and purpose is to serve life, will now be prepared to involve themselves in ending life,” they said. The bill also requires healthcare professionals who conscientiously object to assisted suicide to refer patients to a practitioner who will fulfil their wish.

“This means that, one way or another, healthcare professionals are required to involve themselves in something which they believe to be contrary to morality and to medical best practice. This, in our view is unacceptable.”

The proposed change in law has come under fire from the Euthanasia Prevention Coalition (EPC), too, which criticized the bill as permitting not only assisted suicide, but also euthanasia.

Executive Director of the EPC, Alex Schadenberg, writing in a blog on the EPC’s website, said the “imprecise language” used in the draft of the bill gives scope for the legalization of “euthanasia for people who are not terminally ill.”

Because the bill denotes a terminal illness as an “incurable and progressive illness which cannot be [undone] by treatment,” Schadenberg argued that many people without terminal illnesses who yet fall under the above definition, such as many disabled people, can be considered as such by this law.

Especially concerning to Schadenberg is the provision for attending physicians to not only prescribe lethal drugs to be ingested orally by the patient seeking death, but “in the case that it is not possible for the [patient to] self-administer, then the substance or substances may be administered” by the attending physician.

“When an act is administered by the attending medical practitioner, the act becomes euthanasia,” Schadenberg said.

He lamented the “many problems” with the proposed “Dying with Dignity” bill, “but the primary problem is that it gives medical practitioners the right in law to kill their patients.”

“No amount of safeguards can ever protect people from a medical practitioner who is convinced that a person is better off dead, when the law allows them to kill,” he said.

For Ireland to implement this latest anti-life legislation would constitute one more step away from the country’s strong Catholic heritage, and shift the culture further to match the agenda of the political left.

In May 2018, the country voted to repeal the Eighth Amendment to its constitution by popular referendum, making it the first country in the world to introduce pro-abortion laws by an act of the public and not parliament.

Additionally, just three years prior, the Irish citizenry, again by referendum, voted to redefine marriage in the constitution to include same-sex unions with a 62 percent majority.