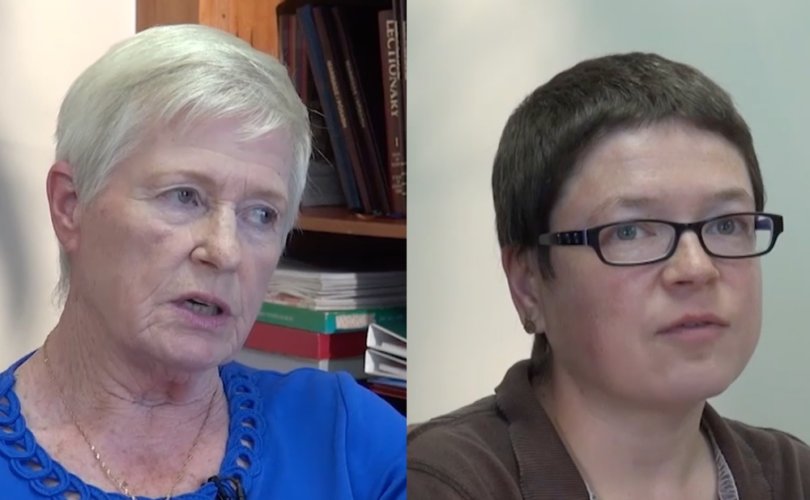 DUBLIN, Ireland, February 23, 2018 (LifeSiteNews) – A video put out by the Irish bishops to prepare families for the upcoming World Meeting of Families in Ireland contains an interview with an LGBT activist who said she’s “upset” with Catholic teaching on homosexuality.

The video comes a few months after the Catholic bishops released a booklet based on Pope Francis’ exhortation Amoris Laetitia to help prepare families for the World Meeting of Families next August that contained images of same-sex couples as well as pro-homosexual texts. The bishops have since reissued the booklet without the pro-homosexual material after LifeSiteNews reported on the matter.

Pope Francis is expected to attend the August event.

Prior to its release, the video was advertised as having short interviews which would include “someone who is gay or lesbian.” The video comes from session five of the ‘Amoris’ program and is titled “God’s mercy – No One Excluded.”

In one part of the video, an elderly woman named Gemma who admitted that she promotes the normalization of homosexuality within the Church says that one of her sons came out as “gay” when he was twenty-seven.

“I was quite ignorant at the time as regards gay people and didn’t really understand. I got involved with a group of parents in the north of Ireland and spent quite a lot of time with them and those very words ‘intrinsically evil’ and ‘disordered’ really upset us,” she said.

“We were people from Protestant and Catholic churches and people of no religion but we were just there as parents. We wanted to love and support our offspring,” she added.

Gemma then says that she felt “hurt” and “angry” about the Church’s teaching on homosexuality and decided to “turn my anger into something positive.” She became involved in setting up a group to reach out to other parents of “gay” children and work “within the framework of the Catholic Church.”

She said that supporting her son’s homosexuality has helped her to be a “much better, better Christian and to be much more inclusive.”

“The fact that I'm gay has never been a huge problem in my family situation,” she said.

“I came out to my parents when I was about 20, and whilst you know, I’m not going to say they were absolutely delighted ‘that’s wonderful,’ they were amazing, they were very good about it,” she says.

The video presents both women in a positive light. The video does not contain any reference to Catholic teaching on homosexuality.

Also in the video is Irish-born Bishop David O'Connell, auxiliary bishop of the Archdiocese of Los Angeles.

Bishop O'Connell concludes the video session saying, “As Pope Francis again says, there are lots of things the Church can give to the world: dogma and teachings and canon law and a sense of vision for life. And it's all grand. But, to quote the song, 'what the world needs now' is some, some kind of an outpouring of compassion.’”

The pro-homosexual agenda that appears to be part of the World Meeting of Families has caused a Catholic organization to host its own conference that will run at the same time.

Lumen Fidei Institute will host a two day “Conference of Catholic Families” in Dublin from August 22-23. The organization will ensure that authentic magisterial teachings of the Catholic Church on marriage and family life will be faithfully presented during the conference. Those interested in more information can email [email protected].